Dessert enthusiasts living in Japan may be surprised to find that the first Google search result for "Tokyo Lamington" is not an outlet in the city, but rather the website of a Sydney-based artisan bakery redefining the humble Australian treat.

Despite the flagship store's location, however, Tokyo Lamington has significant links with Japan. Its concept was dreamt up by founders Eddie Stewart and Min Chai while running the N2 Brunch Club in the Tokyo business district of Nihombashi, where they began experimenting in the kitchen by infusing the nostalgic square cakes with unique flavors. The cafe, opened by the pair in 2018, serves staple Australian brunch items such as avocado toast and seasonal hotcakes, with lamingtons also on the menu. The concept of creating a specialty store for the modest dessert, however, was originally planned for Tokyo.

"One night, we finished work and went out and had a few drinks and some dinner, and we thought, you know what, let's open a lamington shop, because Japan is one of the only countries in the world that people get away with those single brand shops that specialize in a single product," said Stewart, 37. 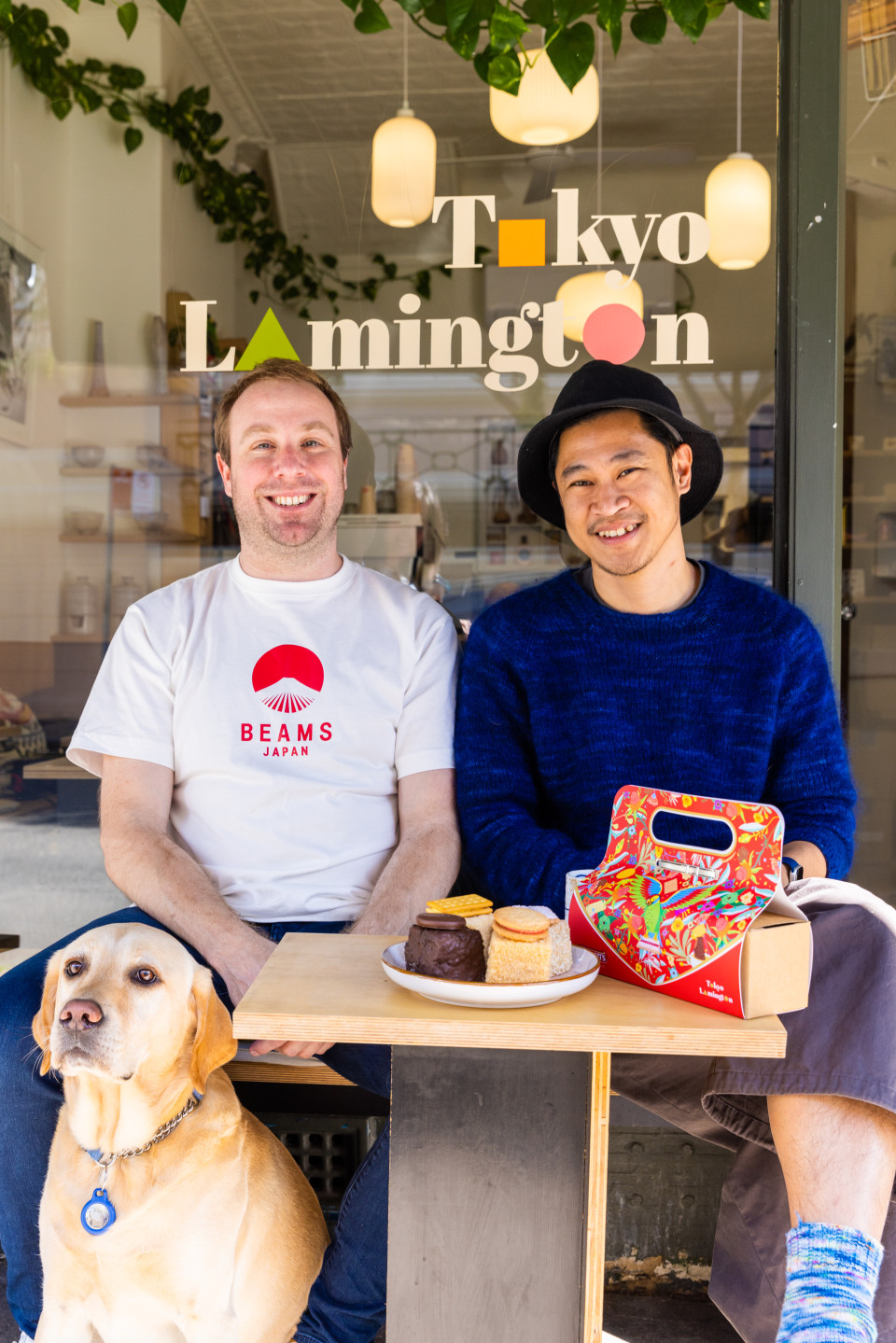 For the unacquainted, a traditional lamington is a treat-sized square of buttery sponge cake, sometimes containing a layer of jam in the middle that is coated with chocolate icing and rolled in desiccated coconut.

Sometimes referred to as "lammos" in Australian slang, the desserts are said to have first been invented in Queensland, with a recipe appearing in a local newspaper as early as 1900.

According to one account, the cake's origins lie in its invention by the French chef of Lord Lamington, the governor of Queensland from 1896-1901 after which the cake was named, having created it for visitors to Queensland Government House in Brisbane.

While Stewart and Chai wanted Australia's love of lamingtons to catch on in Tokyo, the COVID-19 pandemic quickly put a damper on plans to set up a store in the Japanese capital. Returning to Australia in 2020, they instead decided to open their first brick-and-mortar store in their home base of Sydney that year, where it quickly gained a cult following.

"People couldn't travel during 2020, 2021, and Australians have got this infatuation with Japan, and traveling to Japan. And I think what we were offering is that taste of Japan, being a bit more traditional with the flavors," Stewart said.

The "OG", "fairy bread" and "yuzu meringue" are three lamington flavor profiles always available on the menu. Seven others rotate seasonally, with black sesame, tiramisu and matcha among the most popular.

Though lamingtons are the central product, the store sells a range of iconic Australian savory foods like sausage rolls and pies with Japanese flavors, alongside traditional Japanese food staples such as "onigiri" rice balls, made from Koshihikari rice imported from Okuizumo, Shimane Prefecture.

Stewart said Tokyo Lamington strives to source ingredients from regional producers in Japan who would otherwise have never thought of exporting, helping them promote their products around the world.

In October, Tokyo Lamington opened a second branch in Melbourne to much fanfare. Andrew Shelton, a local foodie who was among the customers one weekend, said he was fortuitously able to nab the last yuzu meringue lamington of the batch.

The store's signature yuzu lamington "takes (balancing flavors) to another level," Shelton said after trying one for the first time. "The yuzu jam inside carries a stronger flavor, not too sharp, but enough for the delightful intensity and citrus of the jam to accentuate the moist sponge, cream and outer foam." 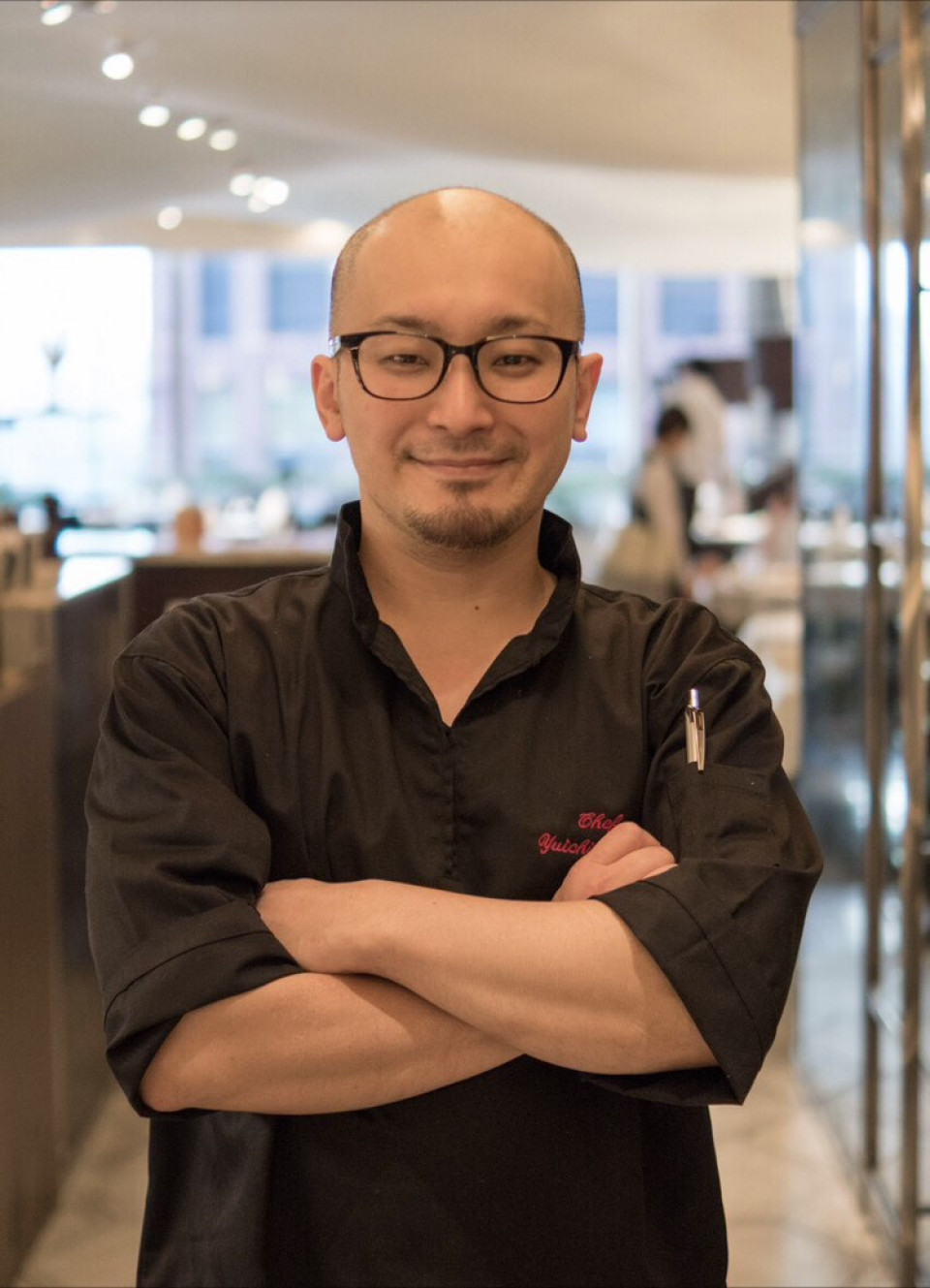 But Tokyo Lamington is not the only store putting an artisan spin on the iconic cake, with the Australian classic also attracting the attention of Japanese chef Yuichi Suzuki.

Suzuki, the head chef at Wattle, an Australian restaurant near Tokyo Station, is in charge of designing the menu for La La Lamington, a new specialty store slated to open in Shinjuku this winter.

The 41-year-old has been dishing up Australian cuisine in Tokyo since 2009 when the restaurant was still known as Salt by Luke Mangan, but his first taste of the lamington was during a visit to Sydney in 2015.

"Although the name and appearance were cute and stylish, when it came to taste it was just average," Suzuki admitted. "I felt more could be done with it."

Indeed, the Australian lamington is more commonly a commercial mass-market product that prioritizes shelf life above high-quality ingredients. But Suzuki hopes to popularize the "cute dessert" in Japan by creating a more elegant brand.

La La Lamington's launch date is yet to be finalized, but its Instagram page is already live, showcasing a range of unique recipes and flavors including salted caramel using natural pink Murray River salt produced in Australia, and a "crazy lamington" using rainbow sprinkles.

As for Tokyo Lamington, its entry into the Japanese market is just a matter of time, according to Stewart.

"It's definitely on the cards, it will happen," he said. "We just want to do it right. We want to find the right location, the right people to work with. We just take our time with things like that."

While Suzuki acknowledges that Tokyo Lamington may ultimately end up being a competitor one day, he welcomes giving the humble lamington the attention it deserves, saying the two stores would likely offer different experiences.

"(Australians) are making a proper variation of their own (lamington). As for me getting involved, it's like a non-Japanese person making sushi," Suzuki said with a laugh. "It will be delicious, but it probably won't be nostalgic." 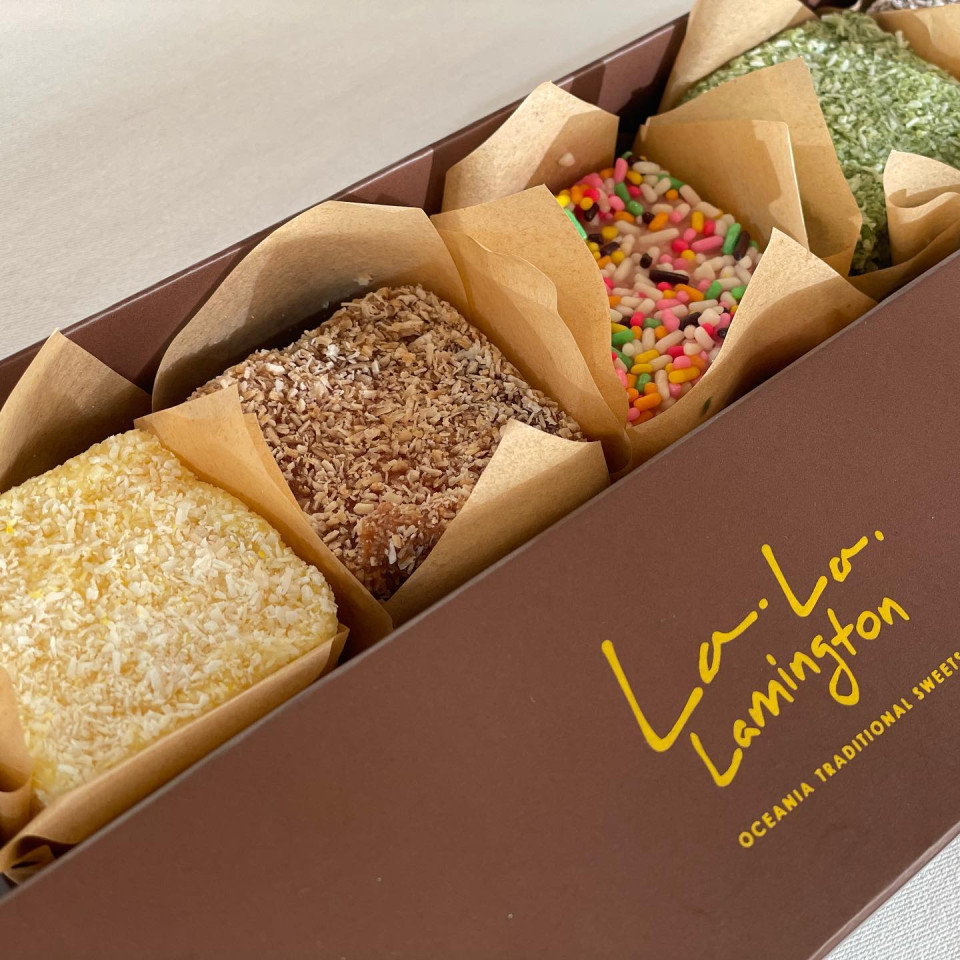