Sota Yamamoto finished second on 94.86, while Kao Miura rounded out the top three with 87.07 at the Palavela in Turin. 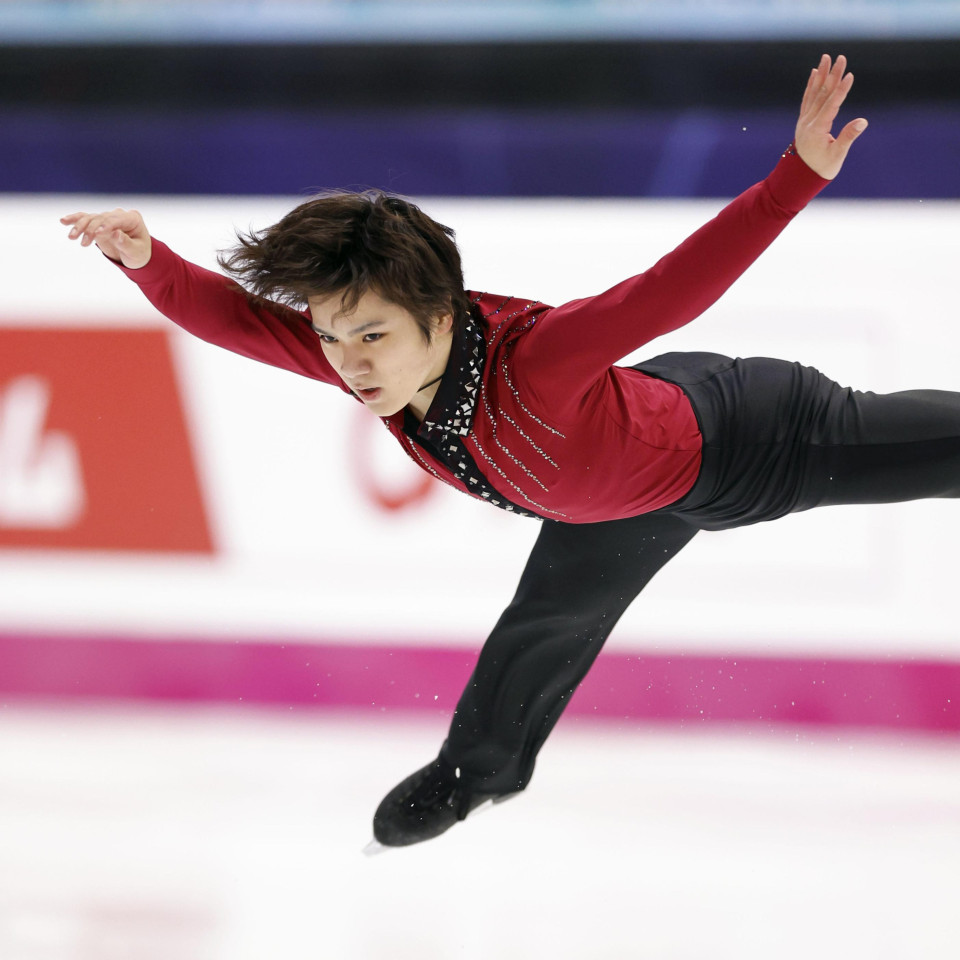 Shoma Uno of Japan performs in the men's short program at the Grand Prix Final figure skating competition at the Palavela ice arena in Turin, Italy, on Dec. 8, 2022. (Kyodo) ==Kyodo

Uno, who won bronze at this year's Beijing Winter Games, reeled off a quadruple flip, a quad toe-double toe combination and a triple axel on the way to his best score of the season.

"I was able to demonstrate the things I've been working on in practice," said Uno, who has two silvers and two bronzes from his previous Grand Prix Final appearances.

"I've been preparing for the free skate without any reservations as well, so I want to go into it with confidence."

Japan's Riku Miura and Ryuichi Kihara topped the pairs' short program with 78.08 points, with world champions Alexa Knierim and Brandon Frazier of the United States behind by just 0.43 point.

This year's Grand Prix Final is the first to be staged in three years, with the two previous editions canceled due to the coronavirus pandemic. 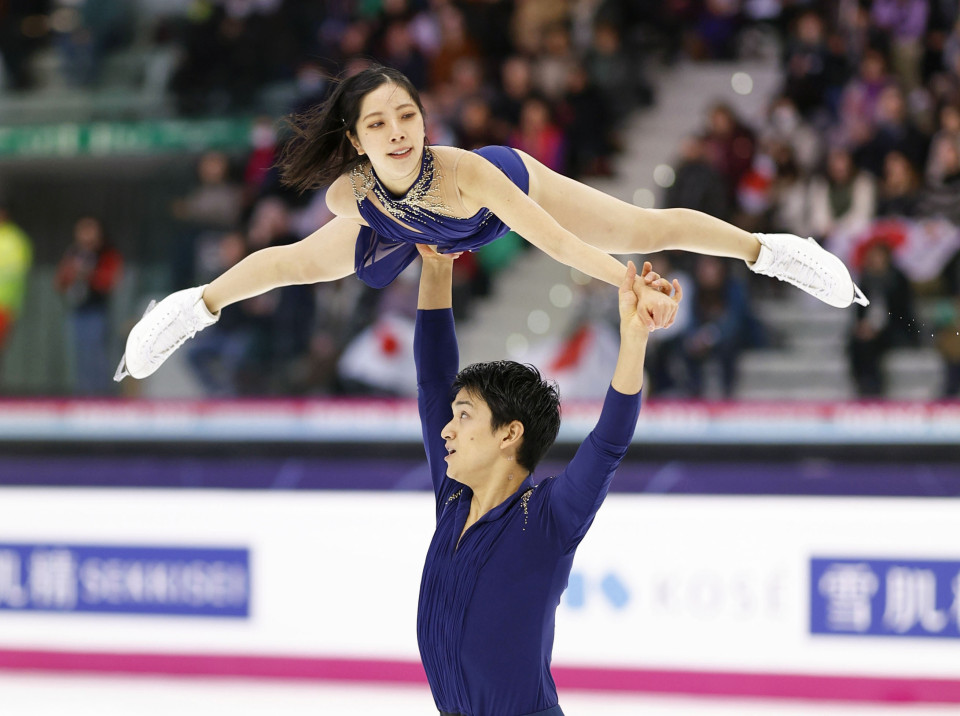