Time magazine on Wednesday picked Ukrainian President Volodymyr Zelenskyy as its annual Person of the Year, along with individuals seen as representing the "Spirit of Ukraine" for their aid relief and other efforts amid the country's invasion by Russia.

"In the weeks after Russian bombs began falling on Feb. 24, (Zelenskyy's) decision not to flee Kyiv but to stay and rally support was fateful," said Time's Editor-in-Chief Edward Felsenthal in a press release. 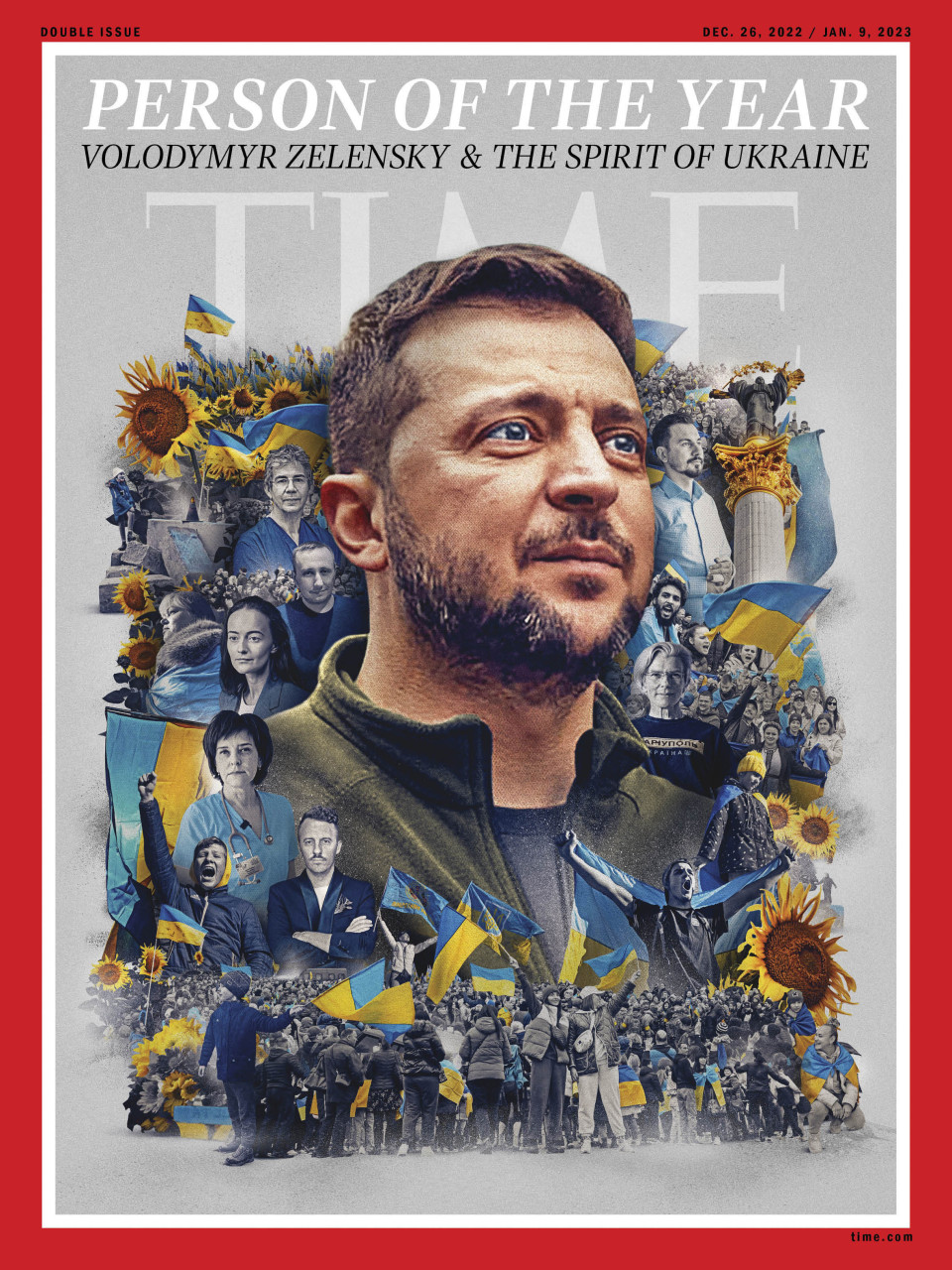 Photo shows the cover of Time magazine featuring Ukrainian President Volodymyr Zelenskyy as Person of the Year along with individuals representing the "Spirit of Ukraine." (Photo courtesy of Time) (Kyodo)

"From his first 40-second Instagram post on Feb. 2...Ukraine's president was everywhere. His information offensive shifted the geopolitical weather system, setting off a wave of action that swept the globe," Felsenthal added.

Among the "Spirit of Ukraine" individuals also pictured on the magazine's cover were David Nott, a Britain-based surgeon who has trained doctors in Ukraine how to treat war wounds, Kyiv chef Ievgen Klopotenko who turned his restaurant into a military canteen, and pediatric anesthesiologist Iryna Kondratova who helped mothers give birth in a hospital basement during a shelling.

Zelenskyy, 44, and the Spirit of Ukraine were picked from a shortlist revealed earlier this week which included Chinese President Xi Jinping, U.S. billionaire Elon Musk who won the recognition last year, and protesters in Iran.

Zelenskyy was an actor and comedian before being elected president of Ukraine in 2019. 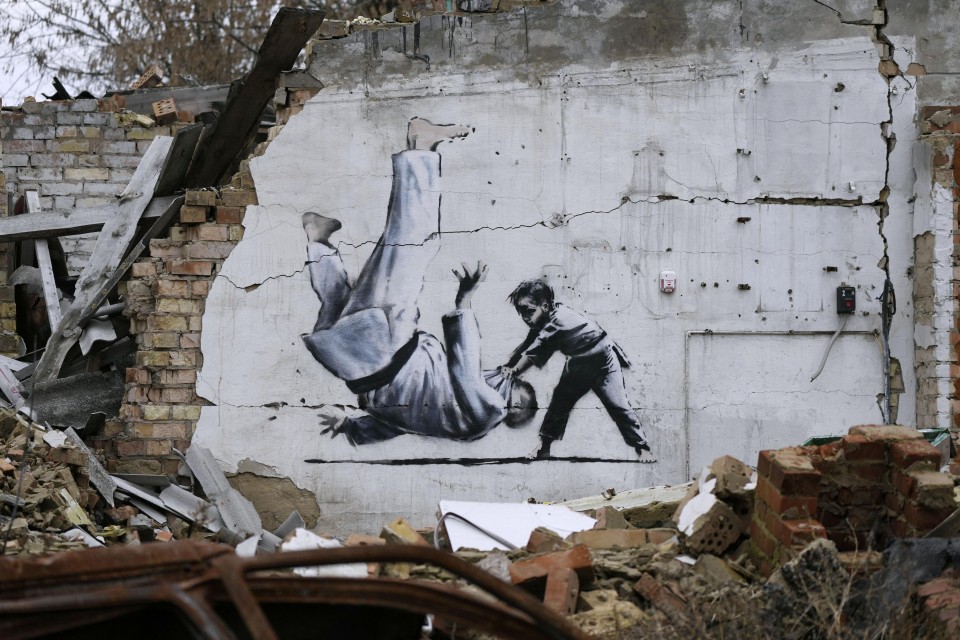 Photo taken Nov. 12, 2022, shows an artwork thought to be by renowned graffiti artist Banksy on a damaged building near Kyiv. (Kyodo) ==Kyodo 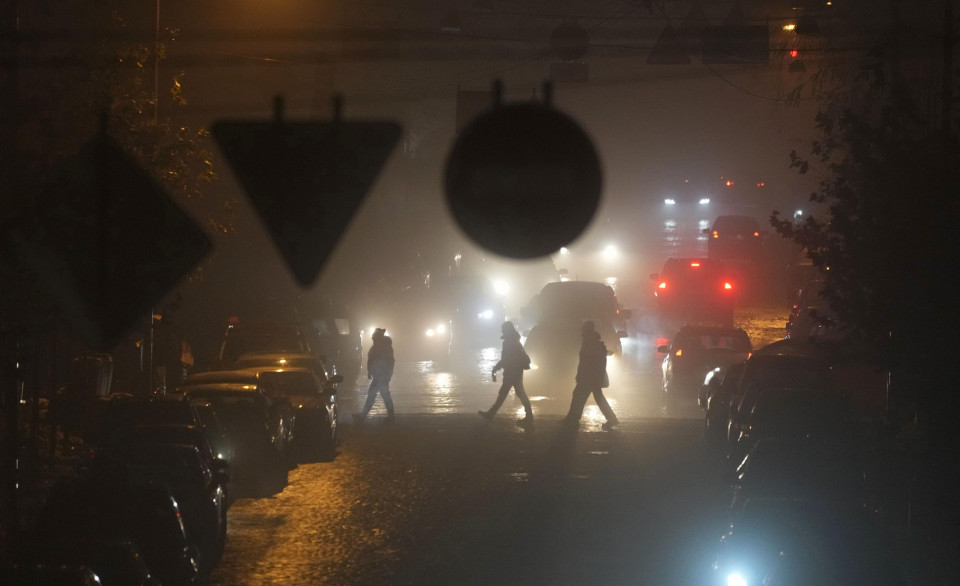 People walk in the dark during a power outage in Kyiv on Nov. 24, 2022, after Russian attacks damaged energy infrastructure. (Kyodo)