The K-pop boy band BTS's oldest member Jin started his mandatory military service in South Korea on Tuesday, the band's label said, with local media reporting the next oldest member Suga is slated to serve as a social service worker instead of a soldier.

Jin, the 30-year-old vocalist, is expected to undergo training at a location north of Seoul for five weeks before being assigned to a unit.

Prior to the start of his conscription, Jin posted a portrait of himself on social media with a buzz cut, commenting, "cuter than I thought." In a newer post Tuesday morning, he said, "It's curtain call time."

The seven-member band's label urged fans not to go out and see him off at the Army facility in Yeoncheon, Gyeonggi Province, to avoid disruptions at the scene. 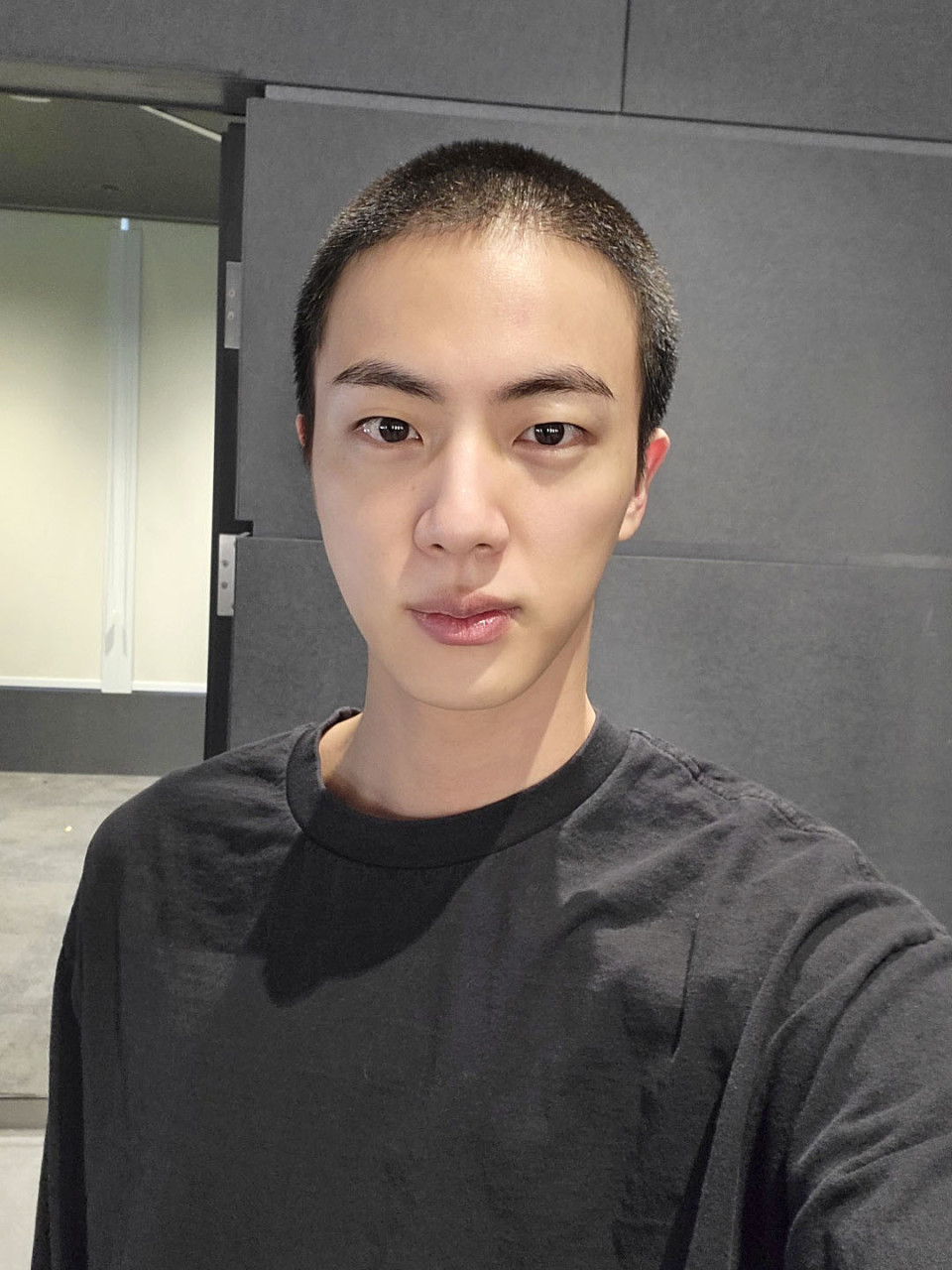 Jin of K-pop group BTS shows off a new buzz cut in a photo posted on a fan community online platform. (Kyodo)

The band's other members are also expected to enlist at some point to fulfill their conscription requirements. They are hoping to resume their career as a group in around 2025, according to their label.

Meanwhile, Yonhap News Agency said Tuesday that 29-year-old Suga will fulfill his military duty as a "social service agent," citing military and music industry sources. The report said the details, including when he would begin his stint, were unknown.

All eligible South Korean males must serve in the military, but elite athletes and winners of artistic competitions are exempted. Lawmakers have been looking at extending the exemptions to pop culture figures.