An earthquake with a preliminary magnitude of 6.1 struck off the coast of central Japan on Monday, although tremors were felt strongest in the eastern prefectures of Fukushima and Ibaraki, the Japan Meteorological Agency said.

The quake occurred around 5:09 p.m., measuring 4 on Japan's seismic intensity scale of 7 in parts of the two prefectures. It originated at a depth of 350 kilometers off the coast of Mie Prefecture, but no tsunami warning was issued. 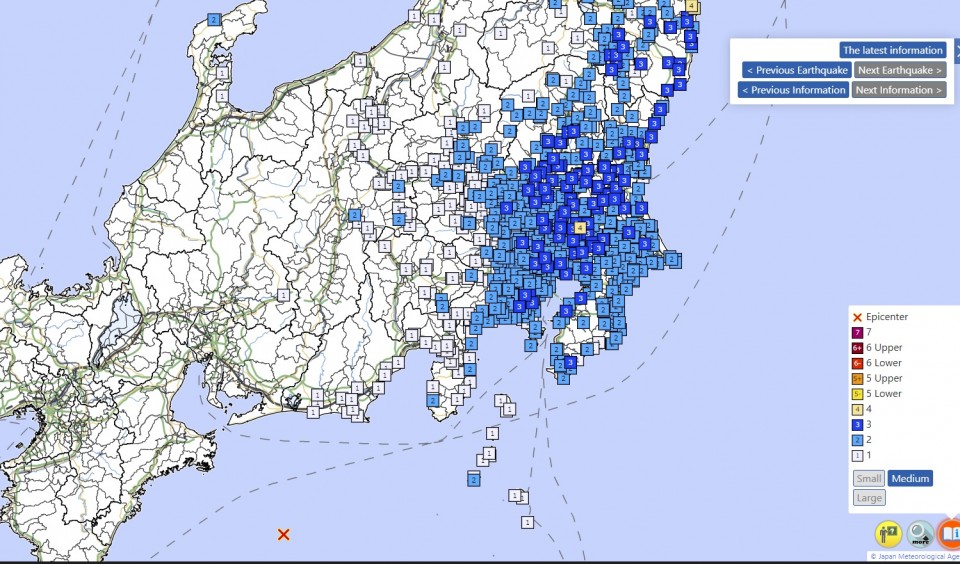 The agency said the eastern part of the country was affected by a phenomenon called "abnormal seismic intensity," in which jolts are believed to travel from faraway epicenters, in this case from the Pacific Plate, which subducts near Japan, without weakening in strength. Shaking was also felt in Tokyo.

An earthquake with a preliminary magnitude of 4.2 also struck several hundred kilometers north, on the Noto Peninsula in Ishikawa Prefecture, at around 10:28 p.m.

The quake, which originated at a depth of 10 km and triggered an emergency alert for the region, recorded 4 on the intensity scale in the prefecture. There have been no reports of injuries, according to the prefectural government.