Stephanie Frappart of France will become the first woman to referee a men's World Cup game during an upcoming match between Germany and Costa Rica, FIFA said Tuesday.

Frappart, who was also the first woman to referee a French Ligue 1 and UEFA Champions League game, will officiate the Group E match at the Al Bayt Stadium on Thursday. 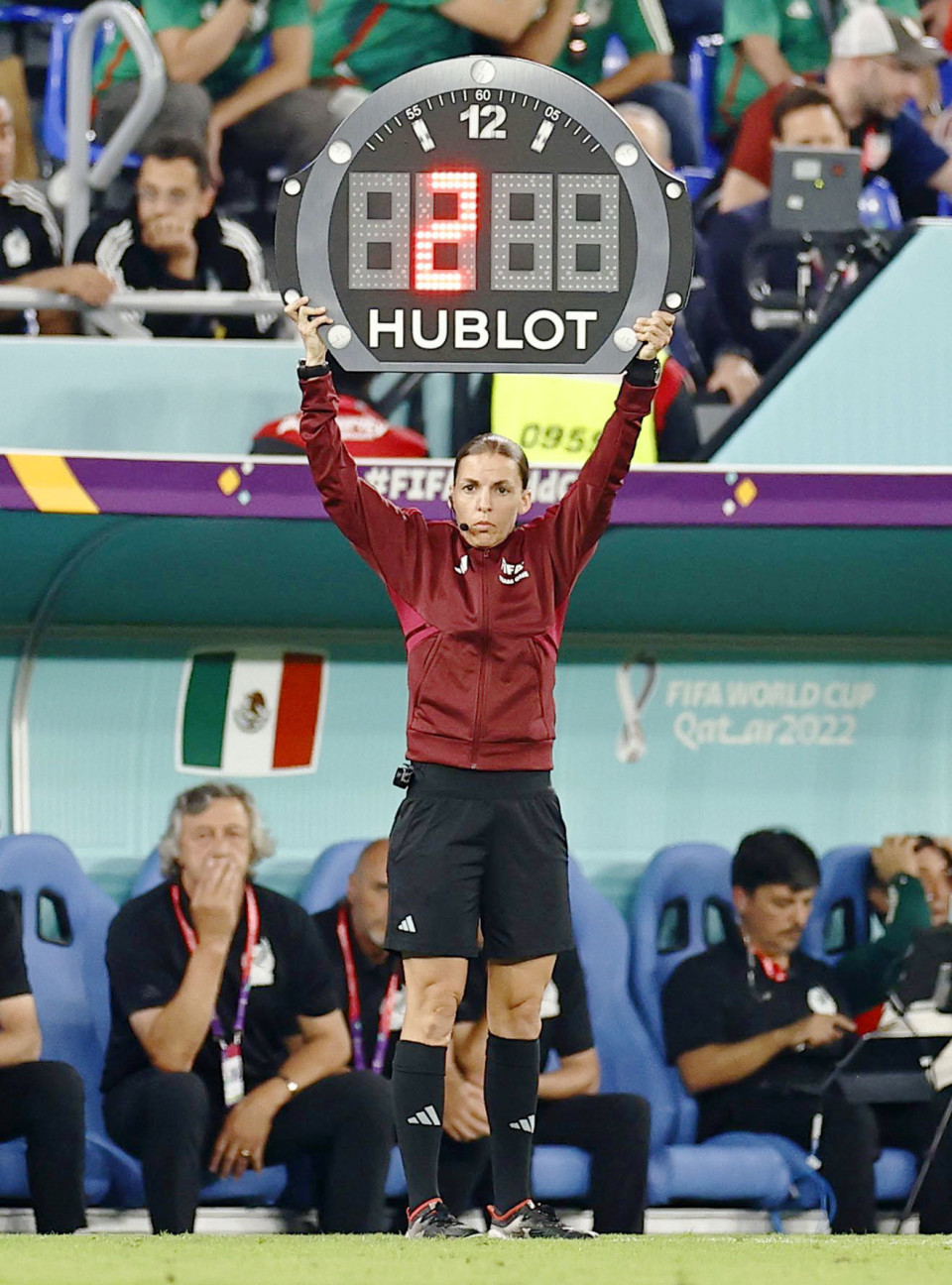 Stephanie Frappart of France takes the field as the fourth official of a World Cup Group C football match between Mexico and Poland at Stadium 974 in Doha on Nov. 22, 2022. She became the first woman to officiate a men's World Cup match. (Kyodo) ==Kyodo

"The men's World Cup is the most important sporting competition in the world. I was the first referee in France and in Europe, so I know how to deal with it," the 38-year-old said on FIFA's official website.

Woman assistant referees Neuza Back of Brazil and Karen Diaz Medina of Mexico will join Frappart for the match.

FIFA picked women referees and assistant referees for the men's World Cup for the first time, three each for the tournament in Qatar.

Frappart was named among the referees alongside Japan's Yoshimi Yamashita and Rwanda's Salima Mukansanga. She was the fourth official when Mexico played Poland on Oct. 22 in Group C, and when Portugal met Ghana in Group H two days later.

Yamashita was the fourth official at the tournament four times so far, the first of which came last Wednesday when Belgium faced Canada in Group F. 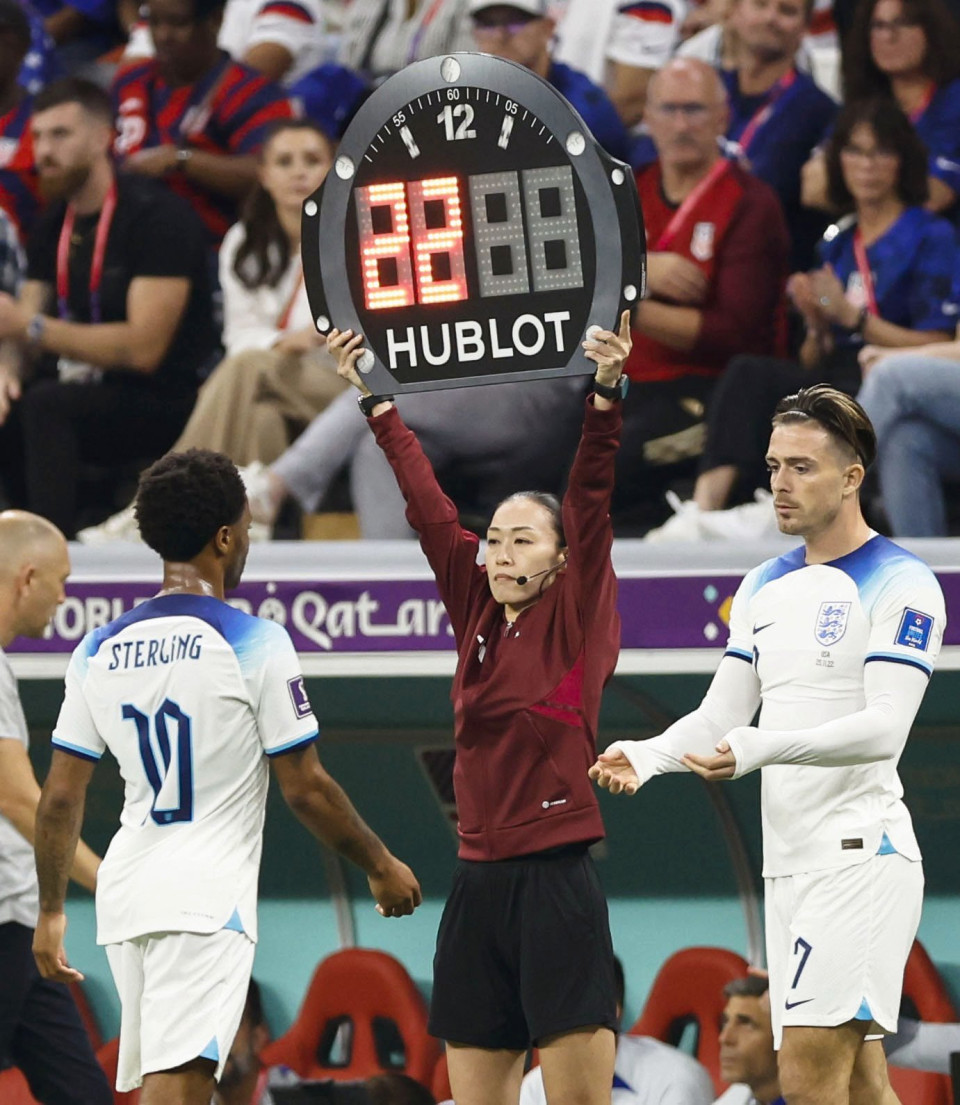 Yoshimi Yamashita of Japan takes the field as the fourth official for a World Cup Group B football match between England and the United States at Al Bayt Stadium in Al Khor, Qatar, on Nov. 25, 2022. Yamashita is one of three World Cup referees FIFA has chosen to become the first women to officiate on soccer's biggest stage. (Kyodo) ==Kyodo