Japanese Prime Minister Fumio Kishida on Thursday denied speculation that he is planning a Cabinet reshuffle after three of his ministers were forced out in less than a month, dealing a heavy blow to his government.

Kishida told reporters that his Cabinet intends to "focus on various political challenges," such as deliberations in the ongoing parliamentary session and working to revise three key defense documents by the end of the year. 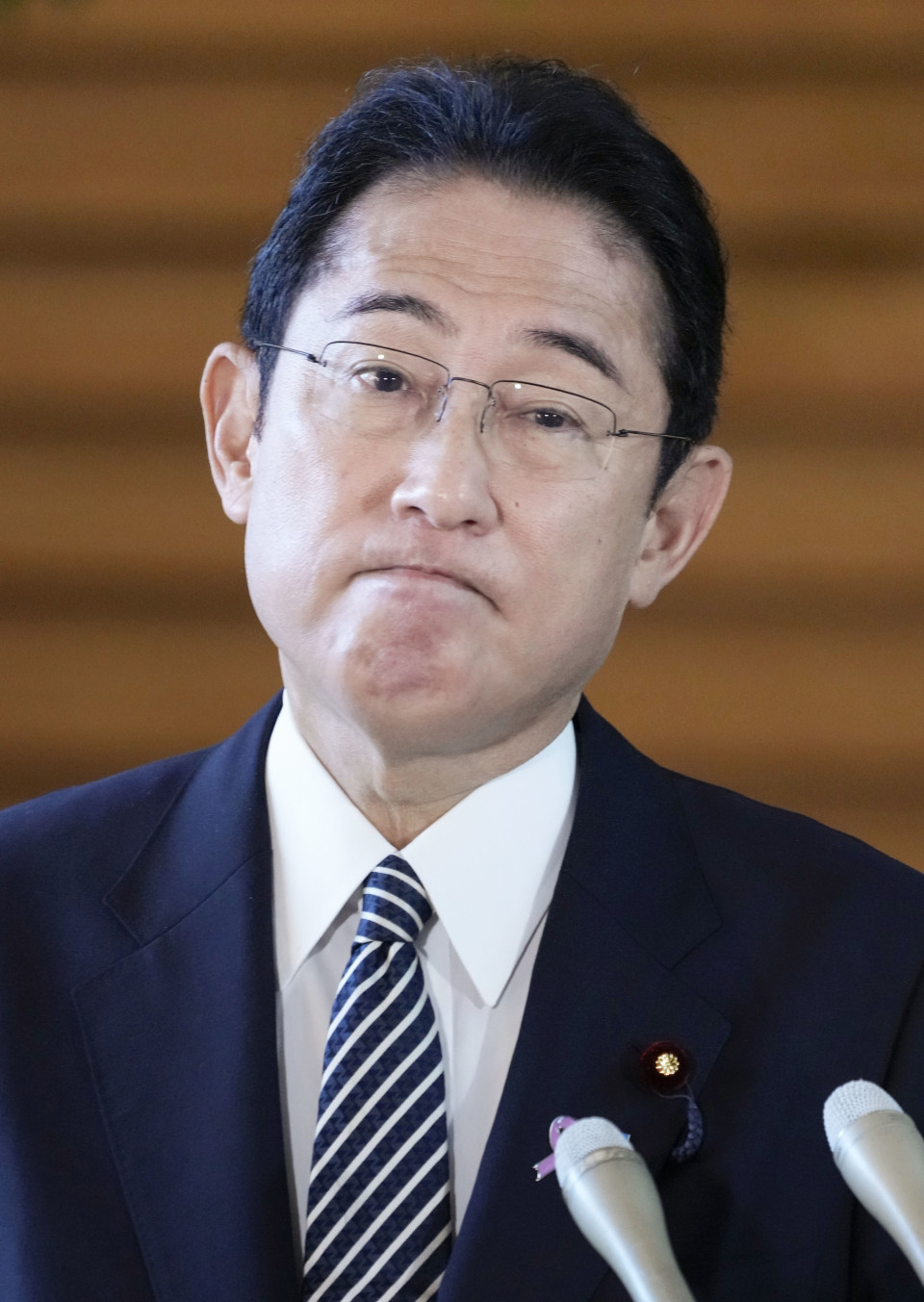 Prime Minister Fumio Kishida speaks to reporters at his office in Tokyo on Nov. 24, 2022. (Kyodo)

Speculation has emerged that amid sluggish approval ratings, Kishida is considering a revamp of his Cabinet and the ruling Liberal Democratic Party leadership by the year-end or at the start of next year. He last carried out a reshuffle in early August -- the first since taking office in October 2021.

Speculation has intensified since Minoru Terada, the internal affairs minister and a close aide to the premier, was sacked Sunday amid a political funds-related scandal, becoming the latest minister to leave the Cabinet.

Before Terada, economic revitalization minister Daishiro Yamagiwa stepped down over his close ties with the controversial Unification Church. Justice Minister Yasuhiro Hanashi also resigned over gaffes that appeared to make light of his role of authorizing executions of death-row inmates.

Opposition parties are stepping up their attacks on reconstruction minister Kenya Akiba over alleged misuse of political funds as well as a purported violation of the public offices election law.

A weekly tabloid magazine recently reported that Akiba had paid around 200,000 yen ($1,400) to his state-paid secretaries for helping with his re-election bid in the October 2021 lower house election, an act that could constitute illegal payments to campaign staff under the election law.

Akiba told Kyodo News on Tuesday that the weekly report was "based on a misunderstanding of the facts" and pledged to explain the matter in parliament.

Kishida said he has instructed his lower house office not to repeat such mistakes and will "appropriately handle" the matter in consultation with the election commission in Hiroshima Prefecture, where his constituency is located.

Matsumoto was hit with a funds-related allegation almost immediately after his appointment as new internal affairs minister, with his political fund management organization suspected of selling more tickets for his fund-raising parties than their venues could accommodate.

Asked about the allegation in a parliamentary session on Thursday, Matsumoto declined to clarify the supposed discrepancies, but said the issue has been dealt with "in a proper manner."