The former head of a nursery school in southwestern Japan and a fellow staff member were found guilty Tuesday for failing to notice that they had left a 5-year-old boy inside a school bus, causing him to die of a heatstroke last year.

The Fukuoka District Court sentenced Yoko Urakami, the 45-year-old head of the nursery school in Nakama, Fukuoka Prefecture, to two years in prison, as well as staff member Noriko Toba, 59, to 18 months in prison, both suspended for three years. 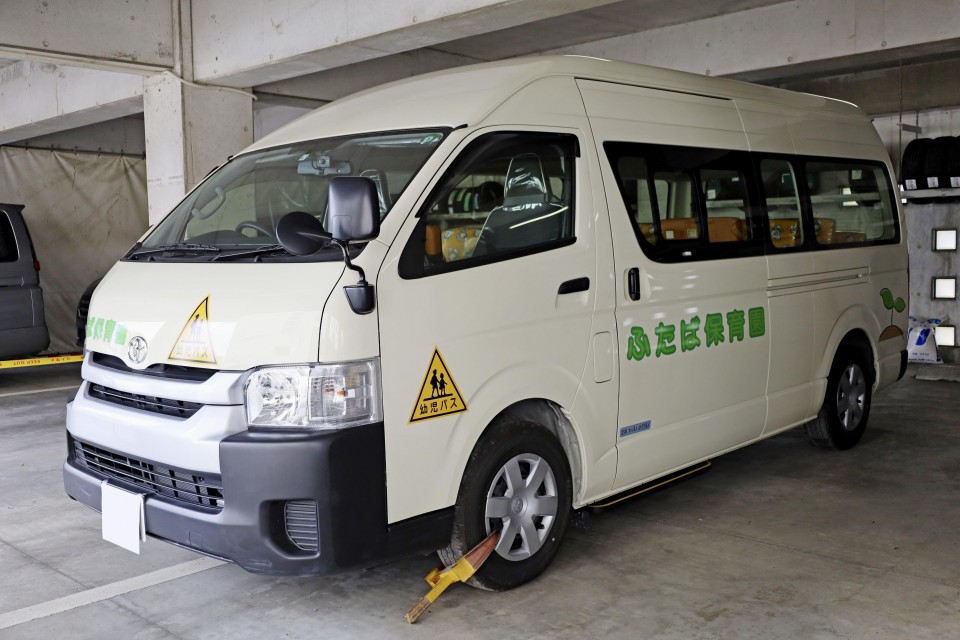 File photo shows the school bus of a nursery school in Nakama, Fukuoka Prefecture, taken at a police station in the prefecture on July 31, 2021. Five-year-old Toma Kurakake died after he was left behind in the bus. (Kyodo)

According to the ruling, Toma Kurakake died on July 29, 2021, after being left alone inside the bus for nearly nine hours until around 5:15 p.m., after the members of staff had failed to check that all those who had previously been on board had got off before they locked the door.

Urakami had driven the bus, while Toba had been responsible for supervising the children in getting off the bus when they arrived at the nursery school, the ruling said. The temperature inside the bus reached over 50 C in an experiment conducted by police to reproduce the bus's conditions at the time.

"It is a very basic duty of care to ensure that children are taken off the bus and escorted. Failing to fulfill that duty was serious negligence," said Presiding Judge Atsushi Tomita in handing down the ruling, finding them guilty of negligence resulting in death.

Noting that his death was a serious incident that could not be undone, the judge said, "It is far too distressing to think about how lonely and hopeless (the boy) must have felt after being left behind inside the sweltering vehicle."

But he ultimately handed down suspended sentences for the two defendants, after taking into consideration that up to that day, they had regularly ensured all children had got off the bus, but had on that occasion become distracted after they tried to sooth another child who had started crying.

Urakami and Toba both admitted to the charges against them in their court hearing. Prosecutors had sought unsuspended prison terms for both.

"I am very sorry," Urakami told reporters after the ruling.

The mother of Toma told a press conference, "I thought the sentence was light. I want Toma back."

Similar incidents of children being left trapped inside school buses have occurred in Japan, including one in which a three-year-old girl died in Makinohara, Shizuoka Prefecture, in September.

Such cases have prompted many nurseries to conduct drills, encouraging children to sound the bus horn if they find themselves accidentally locked inside the vehicle. The government is also planning to provide financial assistance to schools, in order to help them introduce safety equipment for school buses that could prevent children from getting stuck if they are left behind.