Debris likely from a Chinese rocket has been retrieved off the Philippines for a second time this year, its authorities said Wednesday, fueling criticism that China is not taking sufficient steps to reduce the risk of accidents.

China said Friday the wreckage of its Long March 5B rocket re-entered the atmosphere and fell into the sea the same day, underscoring that most of it burned up on reentry. The rocket was launched last month to transport a module to the country's space station. 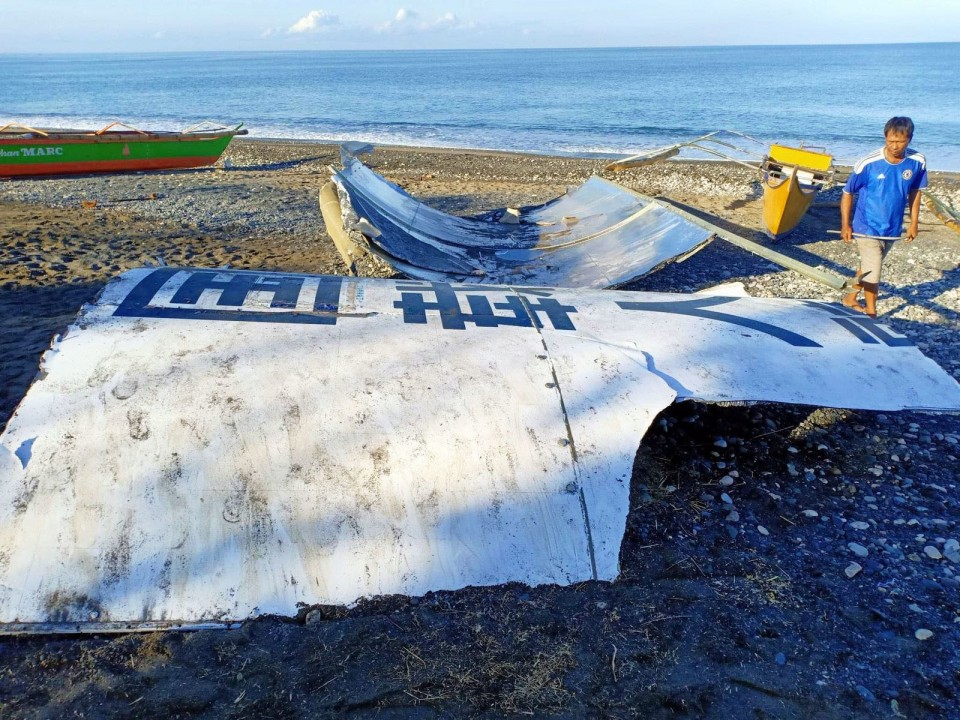 Pieces of debris likely from a Chinese rocket are pictured Nov. 8, 2022, in Calintaan on the Philippine island of Mindoro. (Photo courtesy of Calintaan's Disaster Risk Reduction and Management Office)(Kyodo)

The Philippine Space Agency said the debris could be part of the rocket's fairing, designed to be discarded before it enters outer space.

The debris, including a six-meter-long metal piece with Chinese characters printed on, was discovered by local fishermen in separate locations off Mindoro and Palawan islands between Nov. 6 and 8, according to the authorities.

On Aug. 3, the Philippine Coast Guard said it had retrieved debris from a Chinese rocket launched the previous month.