Leaders of the Group of 20 economies were at loggerheads Tuesday over Russia's invasion of Ukraine on the opening day of their first summit since the war was launched in February, though most member states were eager to denounce Moscow in a statement.

Russian President Vladimir Putin skipped the meeting on the resort island of Bali, while the U.S. and Chinese leaders participated in the same face-to-face international gathering for the first time since President Joe Biden took office in January 2021. 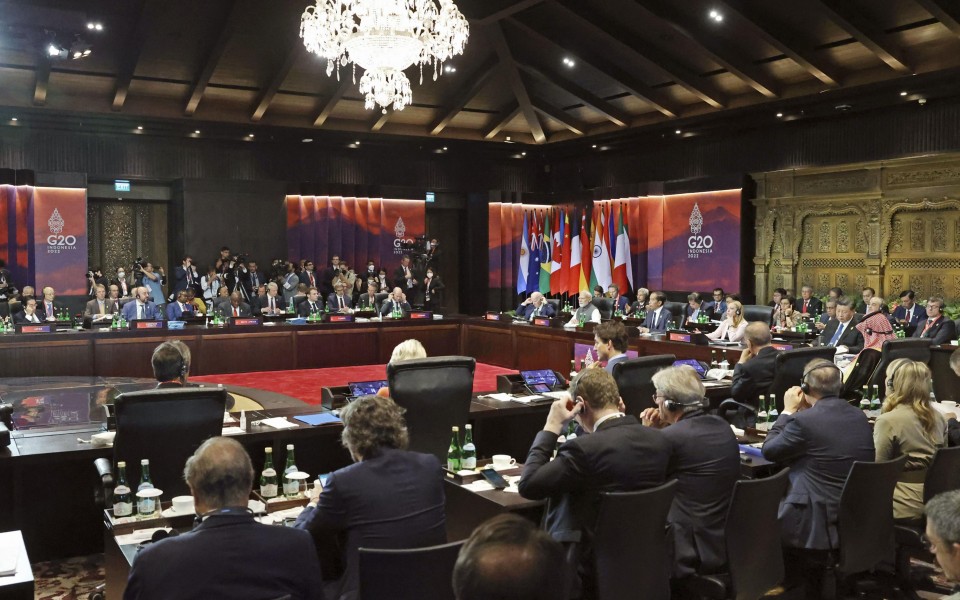 Russia, whose economy has been hit hard by sanctions imposed by Western countries, sent Foreign Minister Sergey Lavrov to Bali on behalf of Putin, as its war against Ukraine continues.

A draft declaration, seen by Kyodo News, said, "Most members strongly condemned the war in Ukraine," demanding Russia's "complete and unconditional withdrawal" from its neighbor's territory.

The draft statement, meanwhile, said, "There were other views and different assessments of the situation and sanctions," reflecting a rift among the G-20 states over their position to Russia.

Later Tuesday, Lavrov was quoted by Russia's Tass news agency as saying at a press conference, "The West added the phrase that 'many delegations condemned Russia,' (but) we noted that alternative views were also outlined."

The foreign minister added, "We believe that this is quite enough," Tass reported, indicating that Russia will endorse the declaration on Wednesday. Some diplomatic sources, however, said it is still uncertain whether the statement will be adopted.

The G-20 meeting came a day after Biden and Chinese President Xi Jinping, who secured an unprecedented third five-year term in power at the ruling Communist Party's twice-a-decade congress in October, held their first in-person summit in Bali.

Amid escalating tensions between Western democracies and what they call autocratic nations over Russia's aggression against Ukraine, the G-20 states have been struggling to map out a communique for the end of the summit, the sources said.

Some countries agreed to lambaste Russia over the war in a statement, but others sought to refer to opposition to sanctions against Moscow, the sources added.

The G-20 has managed to adopt a statement at every gathering since its inaugural summit in 2008. Failure to show unity this time would spark skepticism about the global framework's ability to find common ground, political analysts said.

Indonesia, the host of this year's G-20 summit, invited Ukrainian President Volodymyr Zelenskyy to the gathering, although the country is not a member of the G-20. The Ukrainian president participated online.

According to the Ukrainian Embassy in Indonesia, Zelenskyy said at the summit, "Russia must withdraw all its troops and armed formations from the territory of Ukraine. Ukraine's control over all sections of our state border with Russia must be restored."

The president described the meeting as the "G-19" summit excluding Russia, the embassy said.

A customary group photo was not taken at the opening of the G-20 summit, with the Indonesian government saying some leaders refused to be photographed with Lavrov. 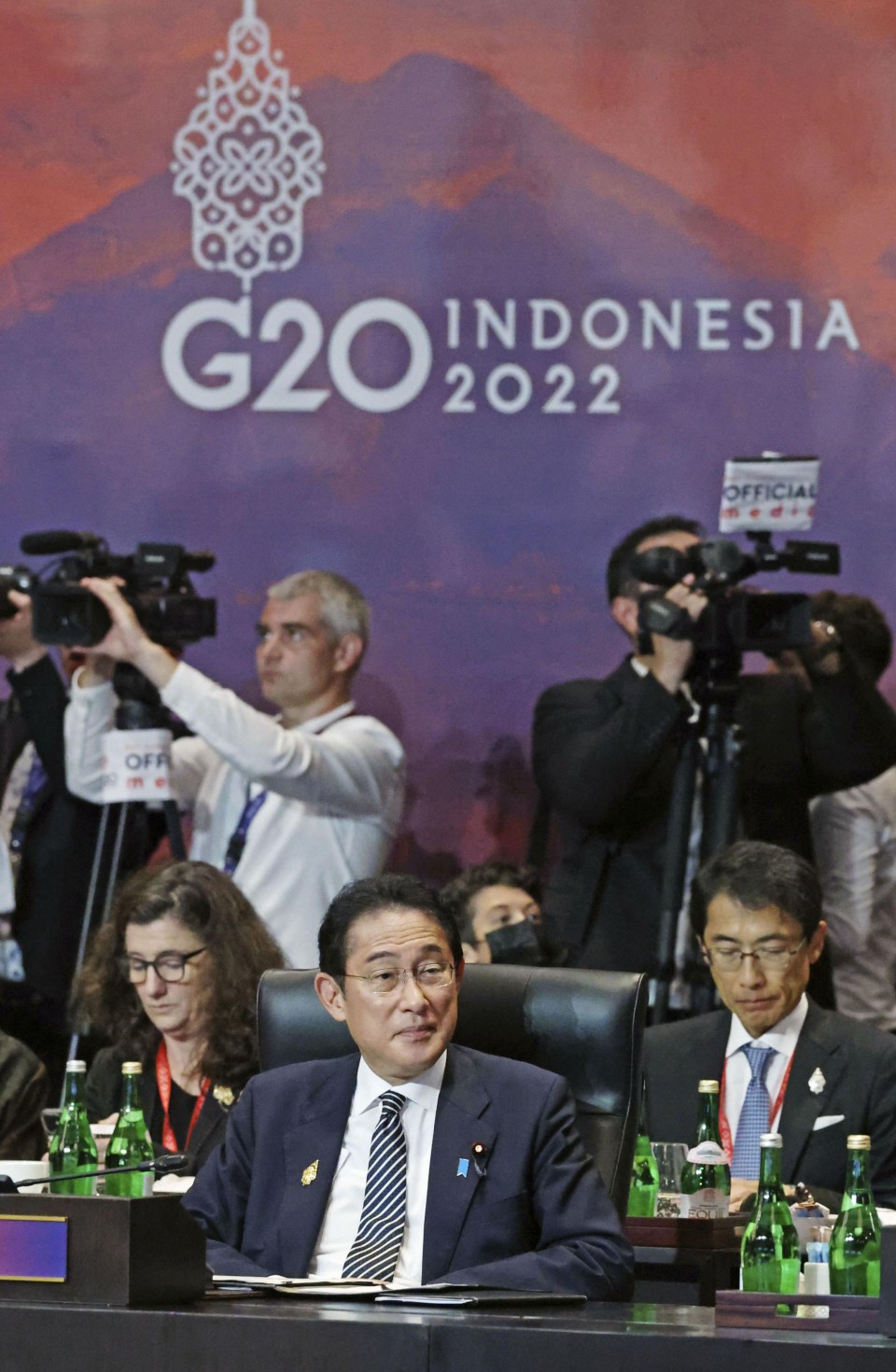 Earlier Tuesday, a senior U.S. government official emphasized there was a "core consensus" among most members of the G-20 that the war in Ukraine is the "root cause" of current global economic instability.

"I think what you will see is that most countries of the G-20 will be clear that Russia's war of aggression is being condemned in the strongest possible terms," the official told reporters.

Indonesian President Joko Widodo said in his speech at the opening of the G-20 summit that "we must end the war" between Russia and Ukraine and "should not divide the world into parts."

At their summit scheduled to end Wednesday, the focus was also on whether the G-20 countries, some of which have been suffering from accelerating inflation, can make concessions on rising global energy and food prices, triggered largely by Russia's invasion of Ukraine.

While the United States and other members of the Group of Seven major industrialized nations such as Japan have been substantially cutting off trade with Russia, China and India, the world's two most populous countries, continue to import natural resources from Russia.

Xi told other G-20 leaders on Tuesday that the world should resolutely oppose any attempt to politicize food and energy issues or use them as political tools and weapons, China's state-run Xinhua News Agency reported.

The premier was also quoted by the official as saying Japan "will never tolerate Russia's threat to use nuclear weapons" against Ukraine, as fears mount that Putin might use a tactical nuclear device for a limited strike.

Kishida, who has stressed the importance of a "world without nuclear weapons," represents a constituency in Hiroshima and has decided to hold the 2023 G-7 summit in the western Japan city, which was destroyed by a U.S. atomic bomb in August 1945.

On Tuesday, Cambodian Prime Minister Hun Sen, who hosted the Association of Southeast Asian Nations summit through Sunday and planned to attend the G-20 summit, said he had tested positive for the novel coronavirus. He canceled his G-20 meetings.