Japan lost 2-1 to Canada in their final warm-up friendly before the World Cup in Qatar, conceding a decisive penalty to the North Americans in injury time at Dubai's Al-Maktoum Stadium on Thursday.

Moments after missing a chance to be the hero when he hit the post on a counterattack, second-half substitute Miki Yamane turned villain when he tripped Mark-Anthony Kaye in the box, enabling Lucas Cavallini to slot the winner from the spot in the 95th minute. 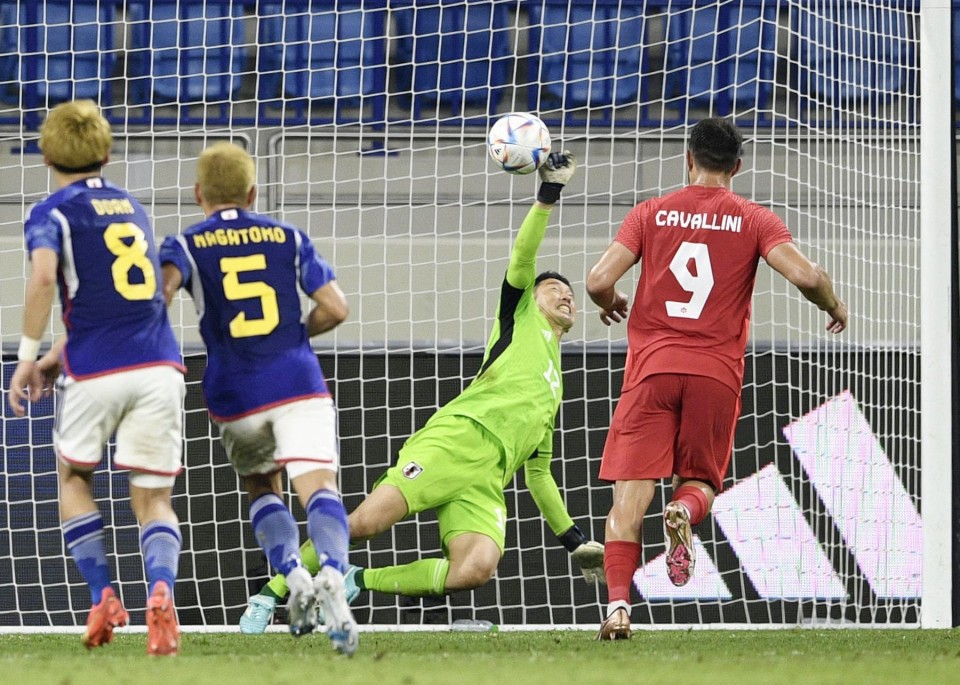 Canada's Lucas Cavallini (9) scores the winner from the penalty spot in the dying minutes of a friendly match against Japan in Dubai on Nov. 17, 2022, ahead of the World Cup in Qatar. 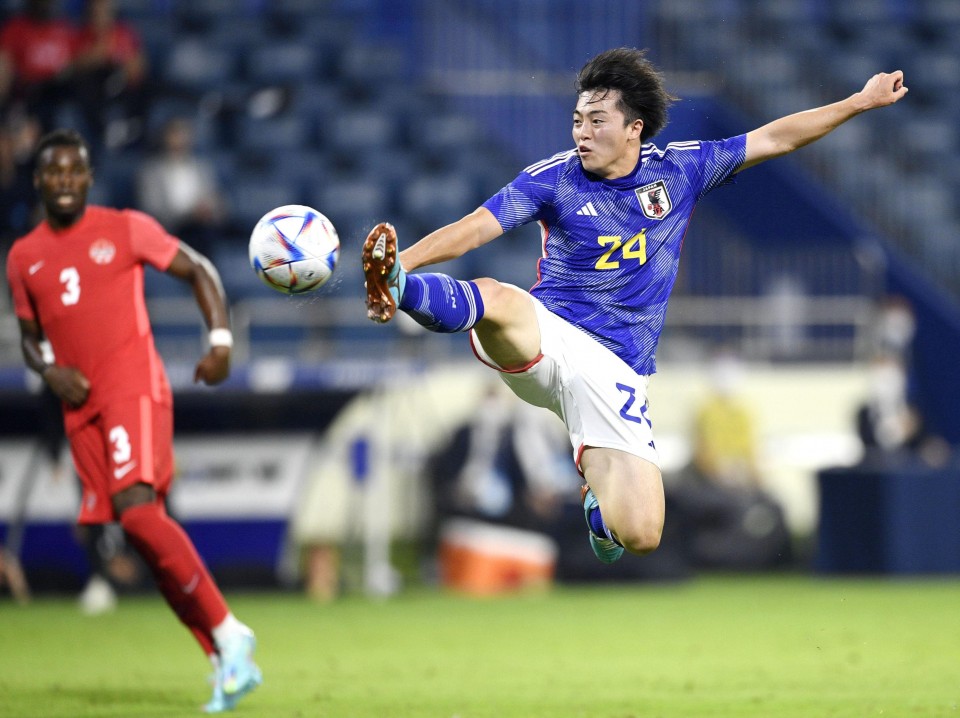 Japan's Yuki Soma (24) opens the scoring during the first half of a friendly match against Canada in Dubai on Nov. 17, 2022, ahead of the World Cup in Qatar. (Kyodo)

Nagoya Grampus winger Yuki Soma gave the Samurai Blue the lead with his athletic effort in the eighth minute, leaping through air to volley home a ball over the top from Gaku Shibasaki.

Japan's suspect set-piece defense came under the spotlight on a corner 13 minutes later, with Junior Hoilett's out-swinging kick taking a touch from Atiba Hutchinson before Steven Vitoria poked home the equalizer from directly in front.

The Japanese side's lackluster showing offered limited clues about team selections for the tournament, with manager Hajime Moriyasu seemingly opting to give as many players as possible a run, rather than tip his hand ahead of their Group E opener against Germany on Wednesday.

"It's disappointing we couldn't win," Moriyasu said. "I think it was a blow for the players, but the preparations we need to make for our next game won't change."

Takuma Asano made his competitive return after nearly two months out with a knee injury, starting as lone striker in front of an attacking trio of Soma, Takumi Minamino and Takefuso Kubo.

World No. 24 Japan were without winger Kaoru Mitoma, whose arrival in Qatar has been delayed by illness, while the recently concussed Wataru Endo and regular midfield partner Hidemasa Morita, who has been dealing with a calf issue, remained at camp in Doha.

Meanwhile, manager John Herdman's 41st-ranked Canadian side, who are returning to the World Cup after a 36-year absence, were missing star wide player Alphonso Davies, who was still rehabbing a hamstring strain suffered while playing for Bayern Munich.

Japan created only a handful of solid chances, including a solo effort from Kubo that skidded just wide with Japan leading 1-0. They also gave several counterattacking opportunities to the fast and physical Canadians that could have proven costly against more ruthless opposition.

After kicking off their campaign against Germany, Japan will also face Costa Rica and Spain in a difficult Group E in Qatar. 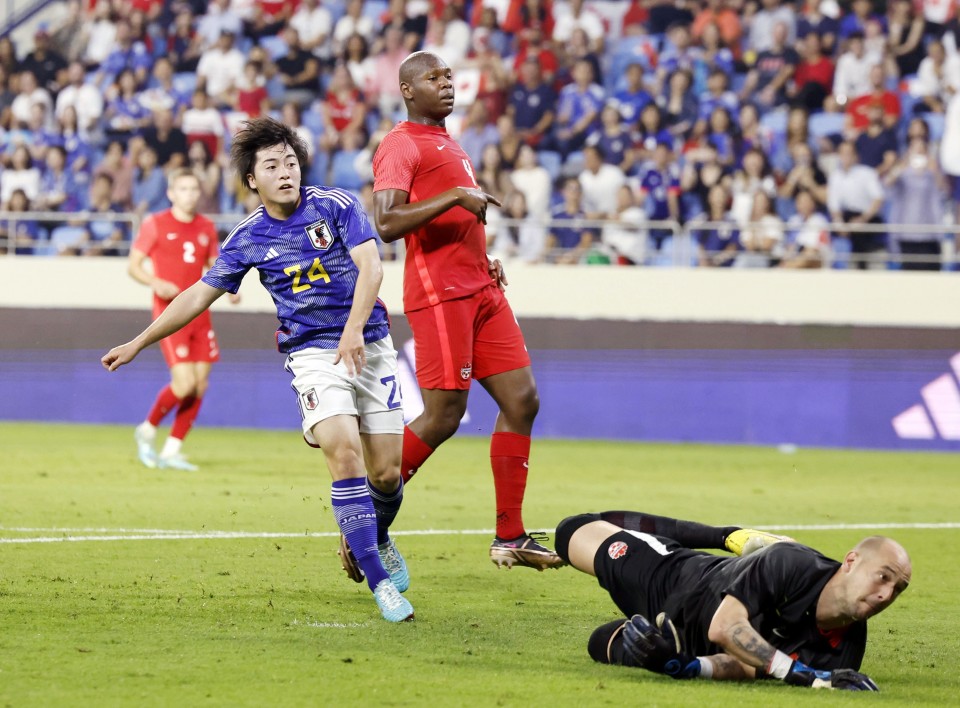 Japan's Yuki Soma (24) opens the scoring during the first half of a friendly match against Canada in Dubai on Nov. 17, 2022, ahead of the World Cup in Qatar. (Kyodo) 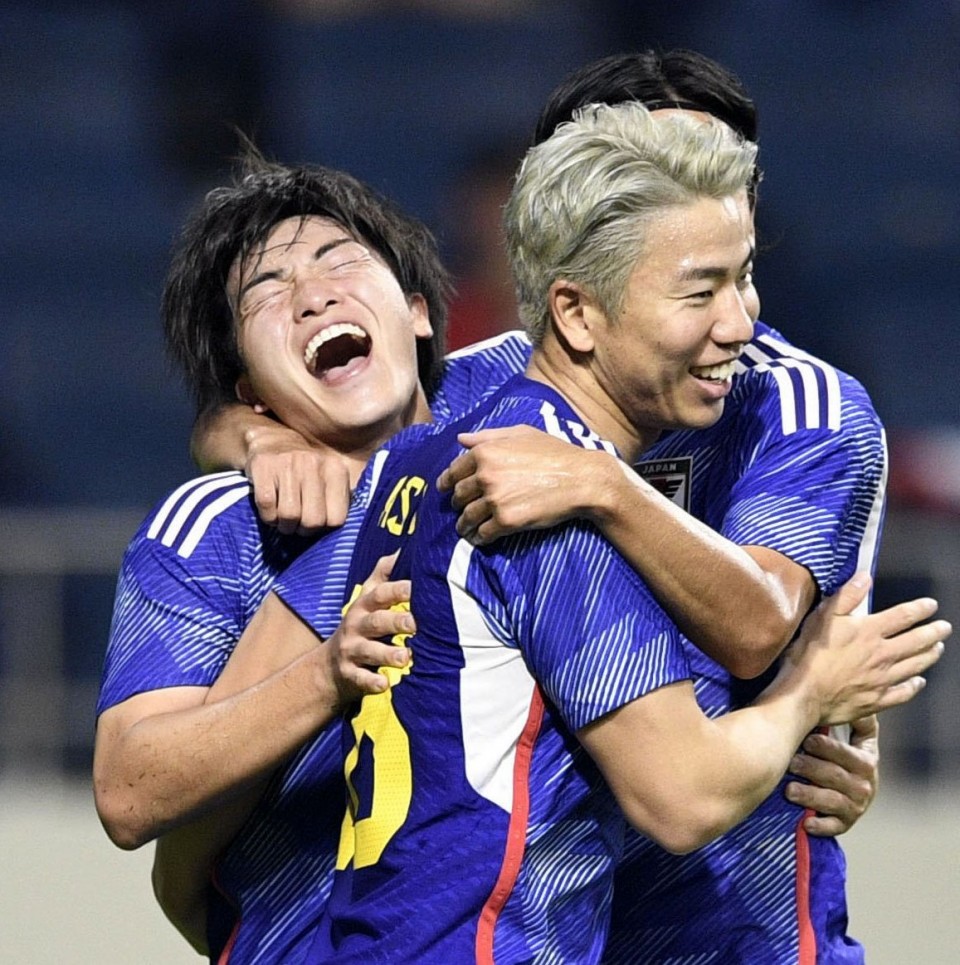 Japan's Yuki Soma (L) celebrates with teammates after opening the scoring during the first half of a friendly match against Canada in Dubai on Nov. 17, 2022, ahead of the World Cup in Qatar. (Kyodo) 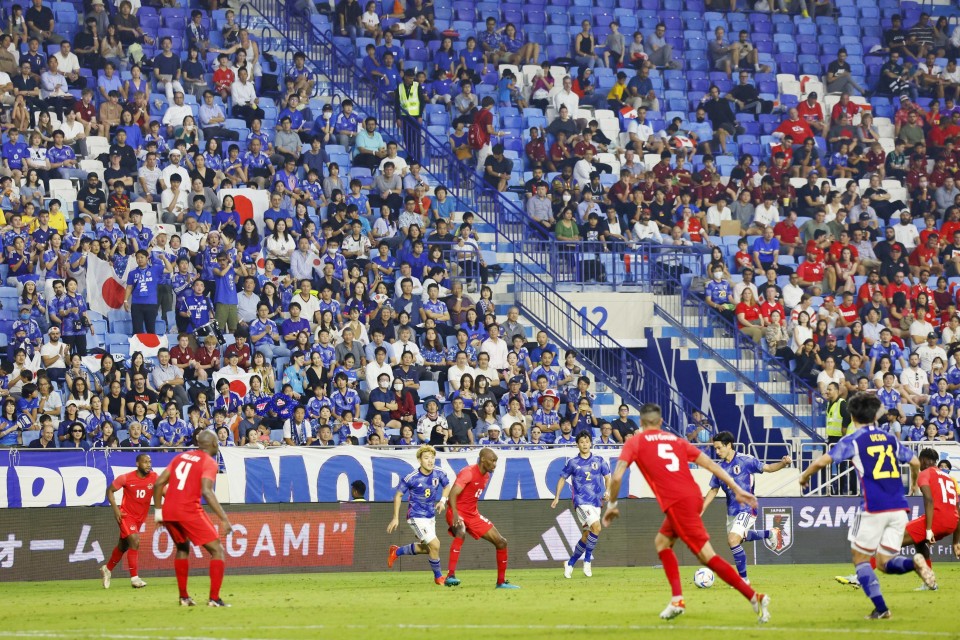