But there seems to be no silver bullet for easing tensions, particularly over Taiwan, which Xi -- emerging from last month's twice-a-decade Communist Party congress having consolidated his grip on power -- has vowed to reunite with the mainland, by force if necessary. 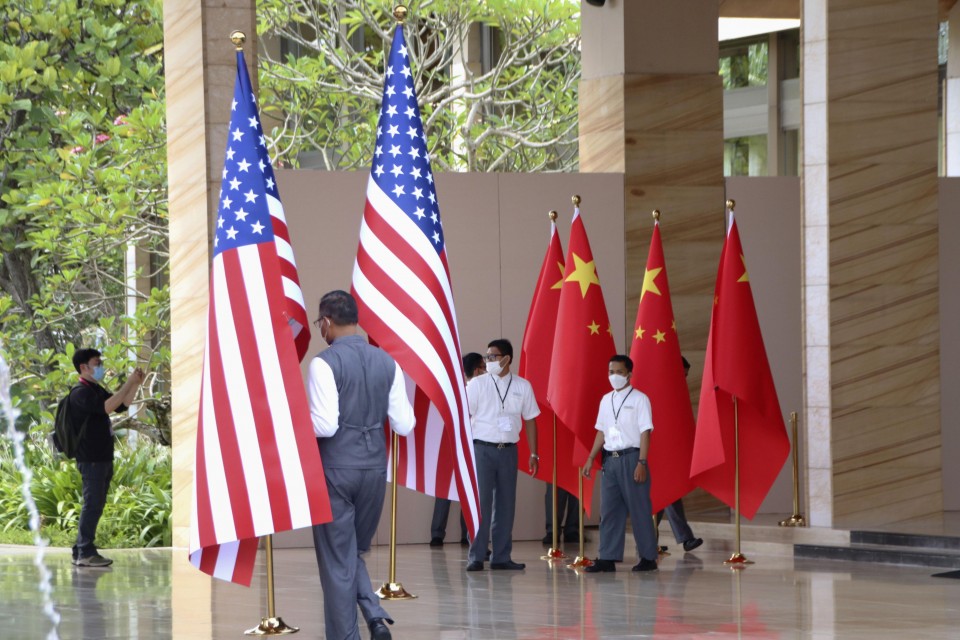 U.S. and Chinese flags are pictured near the venue of a summit between U.S. President Joe Biden and Chinese President Xi Jinping in Bali, Indonesia, on Nov. 14, 2022. (Kyodo)

Friction could be intensified by discussions in the United States about recalibrating its position of "strategic ambiguity" over its potential response to a Chinese attack on the self-ruled island. Furthermore, Congress may prove even tougher on China depending on the results of last week's U.S. midterm elections.

"I think there's going to be a big debate about 'strategic clarity' in the next year or two," said Zack Cooper, an expert on U.S.-China relations at the American Enterprise Institute, a think tank based in Washington.

President Joe Biden has said things that have cast doubts over Washington's strategic ambiguity approach, having acknowledged four times in public that the United States would defend Taiwan in the event of an invasion since August last year.

White House officials have insisted each time that there is no change in U.S. policy on Taiwan, but Biden's remarks have left many wondering if that is the case and whether the decades-old strategy would serve its purpose at a time when China has grown increasingly assertive towards Taiwan.

Since switching diplomatic relations from Taipei to Beijing in 1979, Washington has committed to a one-China policy under which it recognizes Beijing as the "sole legal government of China," yet maintains unofficial ties with Taiwan and supplies the island with arms, enabling it to sustain defensive military capabilities.

With ambiguity over U.S. intervention in the event of a contingency, China is expected to be deterred from using force against Taiwan, while Taiwan is intended to be dissuaded from seeking independence, which could potentially trigger a larger conflict.

Cooper said strategic ambiguity, which many believe to have helped maintain peace across the Taiwan Strait, still "makes sense," but added, "I'm not sure how politically sustainable it is any more." 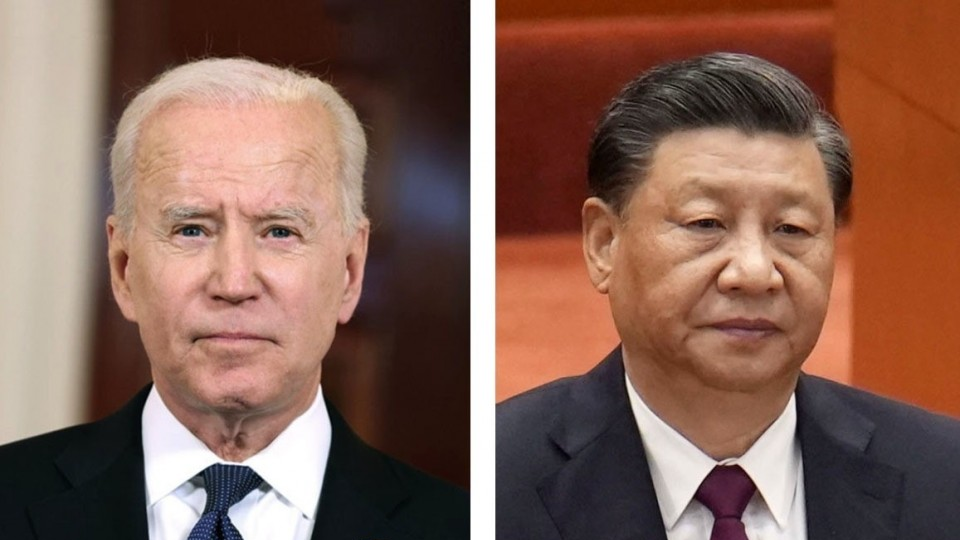 "It seems very obvious that if the U.S. is going to potentially fight for people abroad," then Washington should make its position clear what it would do, he argued.

"So I think there's going to be a lot of people saying, 'Look, you know, we should just have a simpler, clearer policy on Taiwan," he said. "I think there are going to have to be some tough questions asked, both in the administration and in the Congress about whether strategic ambiguity is still viable."

Cooper said he does not think strategic clarity and strategic ambiguity are binary choices, and that the discussion will likely center on whether to "decrease" ambiguity, rather than getting rid of it altogether.

But he noted that adding clarity to the current U.S. stance and publicly debating the issue could send a "stronger signal" toward China over any potential plan to seize the democratically governed island.

Anna Ashton, U.S.-China director at political risk research firm Eurasia Group, meanwhile, said that a possible Republican-controlled House of Representatives following the midterm elections could "translate to greater pressure from the House for a more aggressive approach to China policy."

Republicans in the House have been more unified in their hawkish stance compared to the liberal wing of the Democratic Party, who are more averse to pushing the United States into another foreign war, Ashton said. But she pointed to "an enormous uptick" in the volume of China-related legislation that has been proposed by both parties.

While the majority on both sides of the aisle may not go so far as seeking to alter the long-standing U.S. policy on Taiwan, the rhetoric around the issues could become "more inflammatory," Ashton said.

"So even if fundamental U.S. policy doesn't change, it will create a rockier relationship with China over the (Taiwan) Strait for the next few years," she added.

Yun Sun, an expert on U.S.-China relations at Stimson Center, a Washington-based think tank, was skeptical whether one meeting between the leaders would bring any drastic changes to the "overall direction of deterioration."

She was also doubtful that Biden's commitment to the defense of Taiwan will enhance deterrence against China.

"No military planner in China would plan for the absence of U.S. intervention in a Taiwan contingency. The real deterrence lies in the gap of capabilities," she said.

As the United States searches for the best policies to deter China without sparking an escalation, the risks of a miscalculation spiraling into military conflict linger.

Cooper said Biden's statements on Taiwan would be unlikely to substantially increase the likelihood of miscalculation but added, "I'm not suggesting that that possibility isn't there. I think that's still very possible."

Colin Kahl, undersecretary of defense for policy, said during a think tank event earlier this month that he does not think Xi has yet decided to forcefully seize Taiwan, "but he has certainly given his military the charge to have that capability by the end of this decade, and probably by 2027."

While an invasion of Taiwan is unlikely "in the next couple of years," Kahl said he is concerned that Beijing is seeking to "apply coercive pressure" on the island and establish a "sphere of influence" in areas considered international airspace.

Reacting furiously to U.S. House Speaker Nancy Pelosi's visit to Taiwan in August, China increased its military activities around the island, including repeated crossings by Chinese navy vessels and warplanes over the median line between the mainland and Taiwan, a boundary that has been respected by both sides for decades.

Kahl also recalled a case earlier this year in which a Chinese fighter jet had dangerously intercepted an Australian maritime surveillance plane over the South China Sea.

"I think in the near term we have to be mindful that an incident could occur," the official warned.