Japan's coast guard is planning to share all surveillance information, including aerial photos taken by unmanned aircraft, with the nation's Maritime Self-Defense Force in real-time, a source close to the matter said Monday.

The plan comes amid China's bid for further maritime expansion in the region and several recent ballistic missile launches by North Korea. The Japanese government is also set to update the National Security Strategy, its long-term policy guideline, and compile the fiscal 2023 initial budget, with both initiatives due by the end of this year. 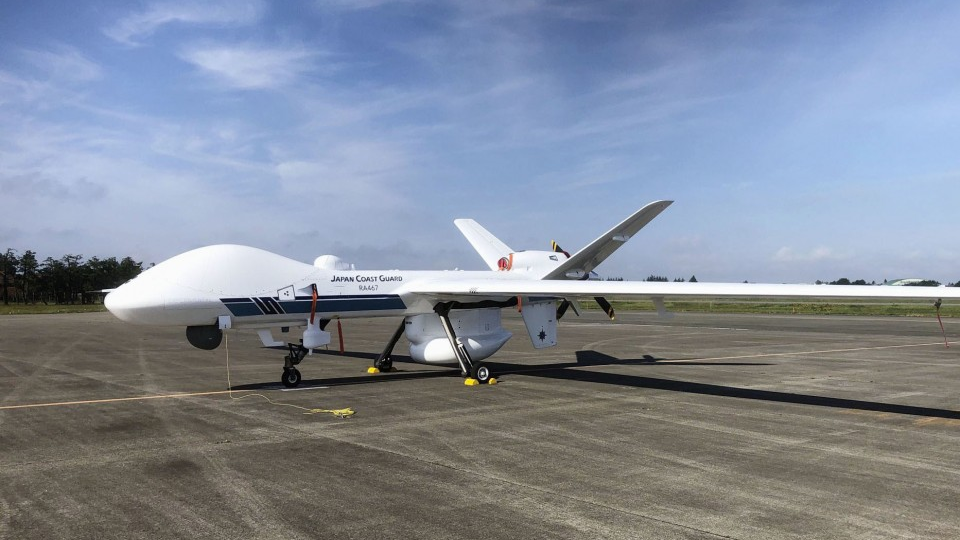 The Japan Coast Guard began operating the "MQ-9B SeaGuardian," a large drone developed by U.S. maker General Atomics Aeronautical Systems Inc., in mid-October. It is based out of the MSDF's Hachinohe Air Base in the northeastern prefecture of Aomori.

The 11.7-meter-long unmanned aircraft, which has no weapons, is equipped with several monitoring devices, including cameras that can send images in real-time as well as sensors.

The coast guard and the MSDF are expected to stipulate that such information sharing falls within the scope of their regular surveillance work, the source said.

But the idea could prove controversial as the coast guard is recognized in Japan as a maritime police agency, and the country's law stipulates that its mission is limited to nonmilitary purposes.

The coast guard also plans to increase the total number of its unmanned surveillance aircraft up to three in the future, and to partially consign their operation to the MSDF on a trial basis, according to the source.

Currently, the MSDF are able to see some processed surveillance data gathered by the coast guard, but are currently unable to access the live, raw data obtained by the coast guard due to security concerns. In order achieve real-time information sharing, the MSDF will need to update its systems.

The coast guard, under the oversight of the Ministry of Land, Infrastructure, Transport and Tourism, and the MSDF have been stepping up their cooperation in recent years, as China has continued to send ships into Japanese territorial waters around the Senkaku Islands. The uninhabited islets are claimed by Beijing, which calls them Diaoyu.

The coast and the MSDF's plan is being discussed while North Korea has been conducting ballistic missile tests at an increasingly regular pace, with one having flown over the Japanese archipelago in early October.

Given the circumstances, Prime Minister Fumio Kishida aims to revise the security strategy for the first time since it was adopted in 2013, along with two other key documents on the defense buildup.