Japan economy minister steps down over ties with Unification Church

Japan's economy minister Daishiro Yamagiwa said Monday he will step down for failing to explain his relationship with the Unification Church, becoming the first Cabinet member to resign under Prime Minister Fumio Kishida's government.

The resignation is set to deal another blow to Kishida, who took office in October 2021, with his Cabinet approval ratings already plunging over the issue surrounding the Unification Church and his controversial decision to hold a state funeral for slain former premier Shinzo Abe. 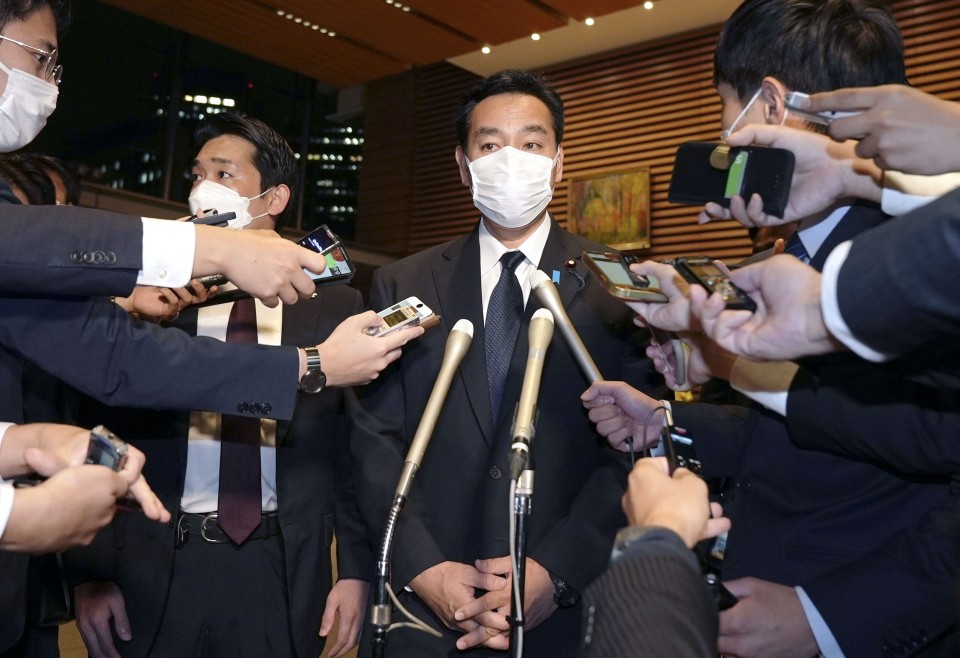 Economic revitalization minister Daishiro Yamagiwa speaks to reporters at the premier's office in Tokyo on Oct. 24, 2022, after submitting a letter of resignation to Prime Minister Fumio Kishida. (Kyodo)

Yamagiwa had been under fire for failing to explain his links to the group, often labeled as a cult, and he repeatedly claimed that he had "no recollection" whenever new evidence arose of his close ties with the Unification Church.

On Monday, Yamagiwa told reporters at the prime minister's office that he apologized for having "caused trouble to the administration" due to his connections with the church, including attending events related to the religious group.

Emphasizing that his ties with the group are "not deep," he ruled out resigning as a lawmaker and promised to do all he could to restore public trust.

Yamagiwa was tasked with hammering out economic measures to ease the negative impact of recent rising prices without wage growth and to curb the spread of the novel coronavirus.

Kishida told reporters later Monday that he had accepted Yamagiwa's resignation to avoid any confusion, adding he will announce the name of the new minister on Tuesday.

The religious organization has been notorious for causing the financial ruin of some followers who made huge donations, and "spiritual sales," in which its followers pressure people to purchase vases and other items at exorbitant prices by invoking tactics such as warning of negative "ancestral karma."

The minister, who is in charge of economic revitalization, has admitted to having participated in an event held in 2018 by the Unification Church and met with its leader there. But he had not initially reported the fact to the ruling Liberal Democratic Party to which he belongs.

The LDP, headed by Kishida, has pledged to sever relations with the religious group, founded in South Korea in 1954 by a staunch anti-communist, as its internal survey found around half of its lawmakers had connections with it.

In August, Kishida reshuffled his Cabinet to replace ministers who had a relationship with the Unification Church. Yamagiwa, who was named in Kishida's initial administration, remained in his post as he did not elaborate on his ties with the group. 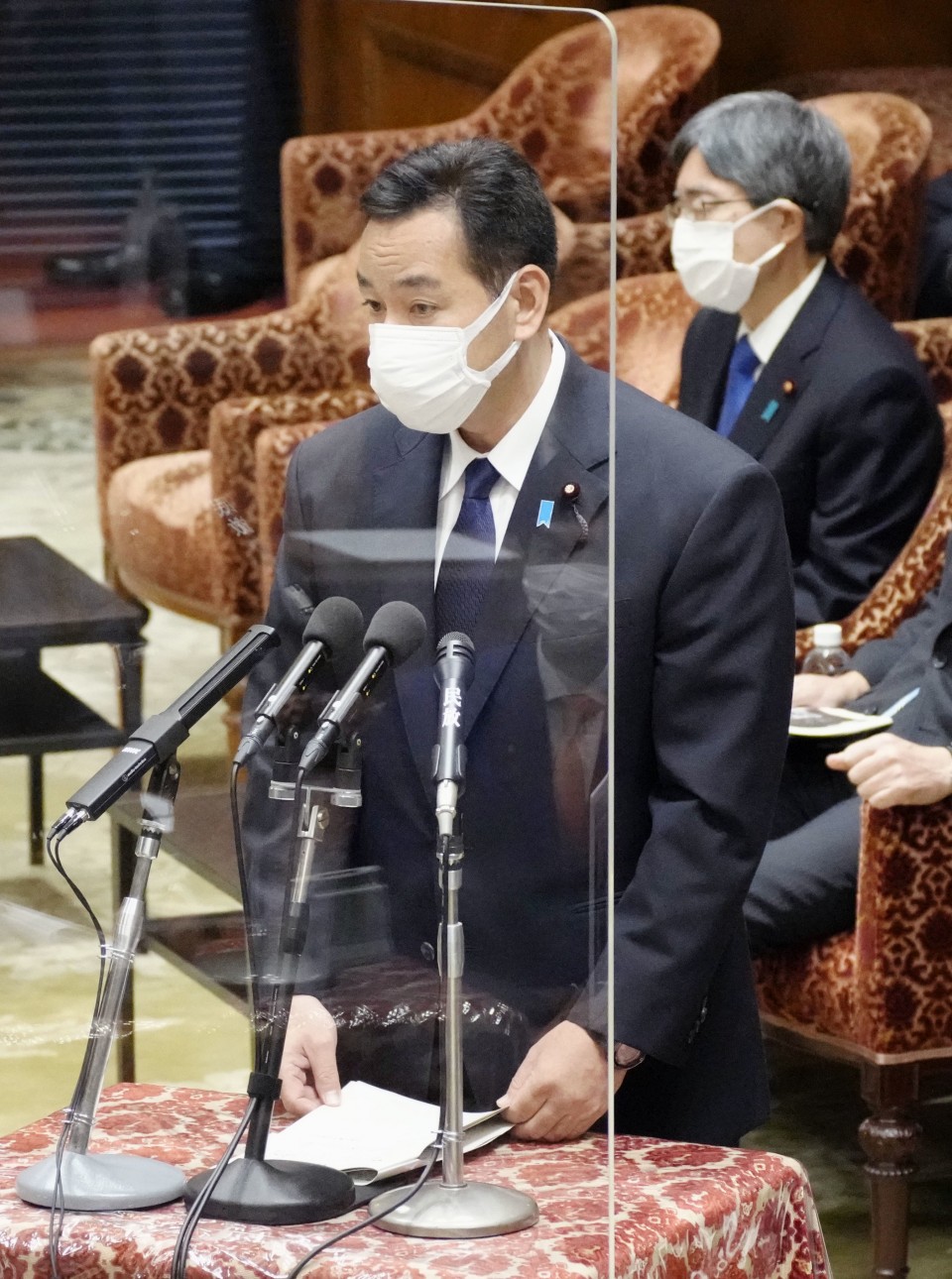 Opposition parties stepped up their offensive against the minister as a series of new revelations about his connections with the group, formally known as the Family Federation for World Peace and Unification, came to light.

In the internal survey, Yamagiwa had only reported to the LDP that he had attended an event of an affiliated group of the Unification Church.

However, asked about the matter at a press conference in September, he was forced to acknowledge that he had taken part in the gathering held by the religious body.

The minister also admitted having posed for a group photo in 2019 with the group's leader Hak Ja Han Moon, widow of the group's founder Sun Myung Moon, after the image, in which Yamagiwa and Hak stood side by side, went viral.

The ongoing saga with the church, together with higher prices and other controversies, have combined to leave Kishida's Cabinet with an approval rating of 35.0 percent, according to a Kyodo News survey conducted earlier this month, its lowest level since its launch.

Yamagiwa, a six-term LDP lower house member, previously served as senior vice minister of economy, trade and industry. Before being first elected to the House of Representatives in 2003, the 54-year-old lawmaker worked as a veterinarian.