Koichi Wakata embarked on his fifth space mission, marking a new record among Japanese astronauts, aboard a U.S. SpaceX ship that was successfully launched from Florida on Wednesday.

The 59-year-old is one of the four astronauts taking part in NASA's fifth crew rotation mission to the International Space Station using the U.S. commercial spacecraft. The team will travel to the orbiting laboratory for a six-month science and technology research mission. 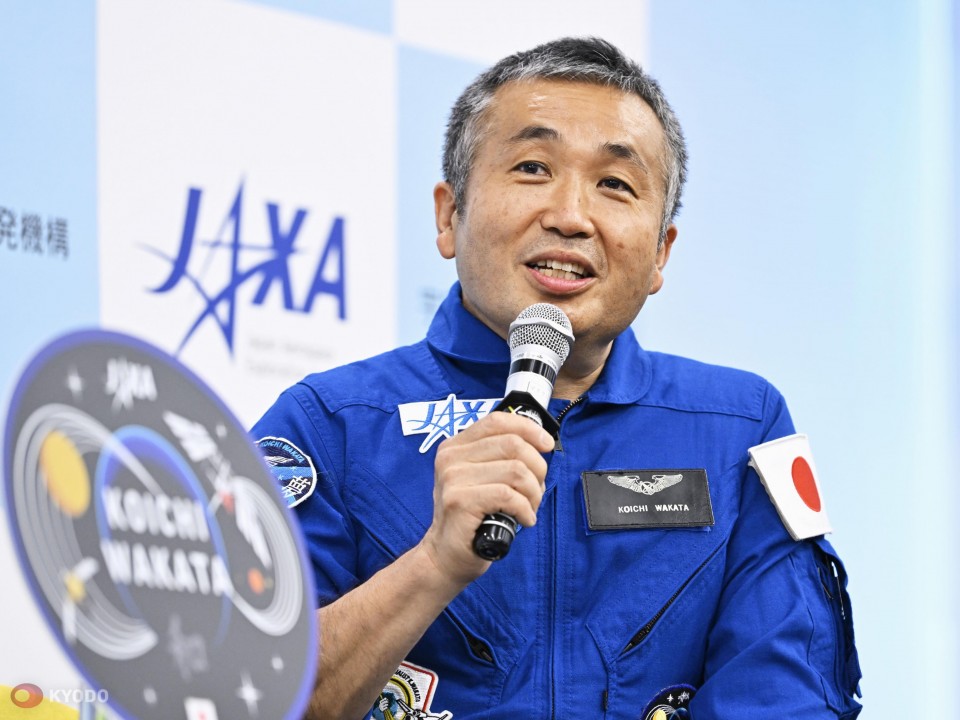 Japanese astronaut Koichi Wakata attends a press conference in Tokyo on July 21, 2022, ahead of his fifth space mission from the fall of 2022. (Kyodo)

"It was a smooth ride and I see all the three happy faces here," the veteran Japanese astronaut, clad in a sleek white spacesuit, said after the liftoff.

NASA Administrator Bill Nelson said in a press release that missions like Crew-5 are "proof we are living through a golden era of commercial space exploration."

Hiroshi Sasaki, vice president of the Japan Aerospace Exploration Agency, told a joint press conference with NASA and other officials later that he hopes Wakata's "rich experience in space" will be shared with the other crew members and help bring a "fruitful outcome."

Space Exploration Technologies Corp., founded by tech billionaire Elon Musk, developed the Crew Dragon as a successor to NASA's costly Space Shuttle transportation system that was in service for 30 years through 2011.

The SpaceX system seeks to reduce costs by reusing its spacecraft and rockets.

Following its first manned test flight in May 2020, the Crew Dragon has continued to send astronauts to the ISS. Two other Japanese astronauts -- Soichi Noguchi, 57, and Akihiko Hoshide, 53 -- have been on board previous flights.

It is the first spaceflight for Mann, Cassada and Kikina, according to the U.S. National Aeronautics and Space Administration. Wakata and Kikina will serve as mission specialists.

The Crew Dragon is scheduled to dock autonomously to the ISS at around 5 p.m. Thursday.

During their stay in the orbiting lab, the crew will conduct more than 200 science experiments and technology demonstrations, including studies on printing human organs in space and better understanding heart disease, according to NASA. 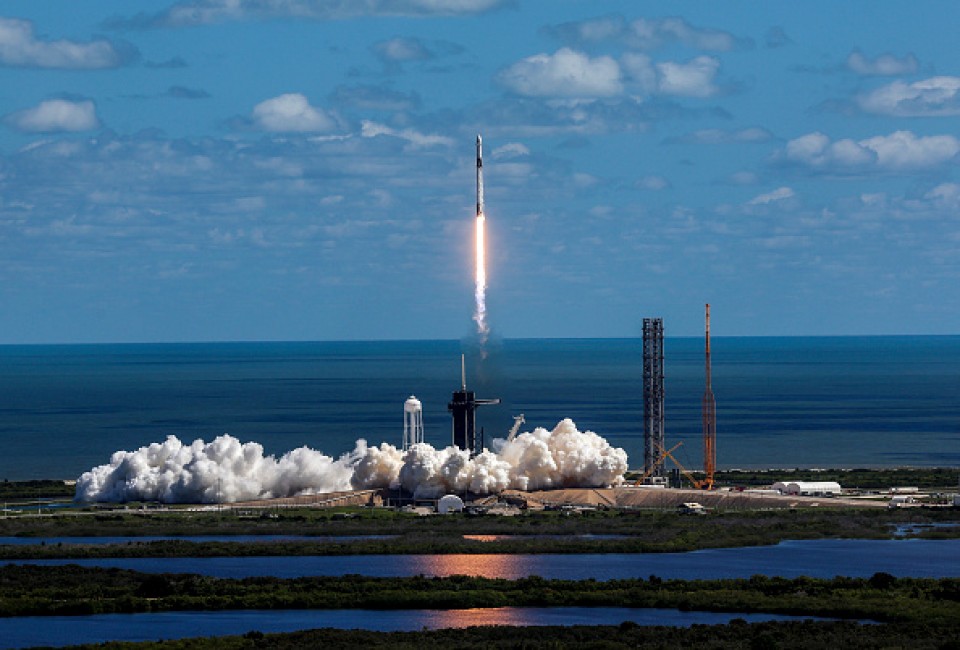 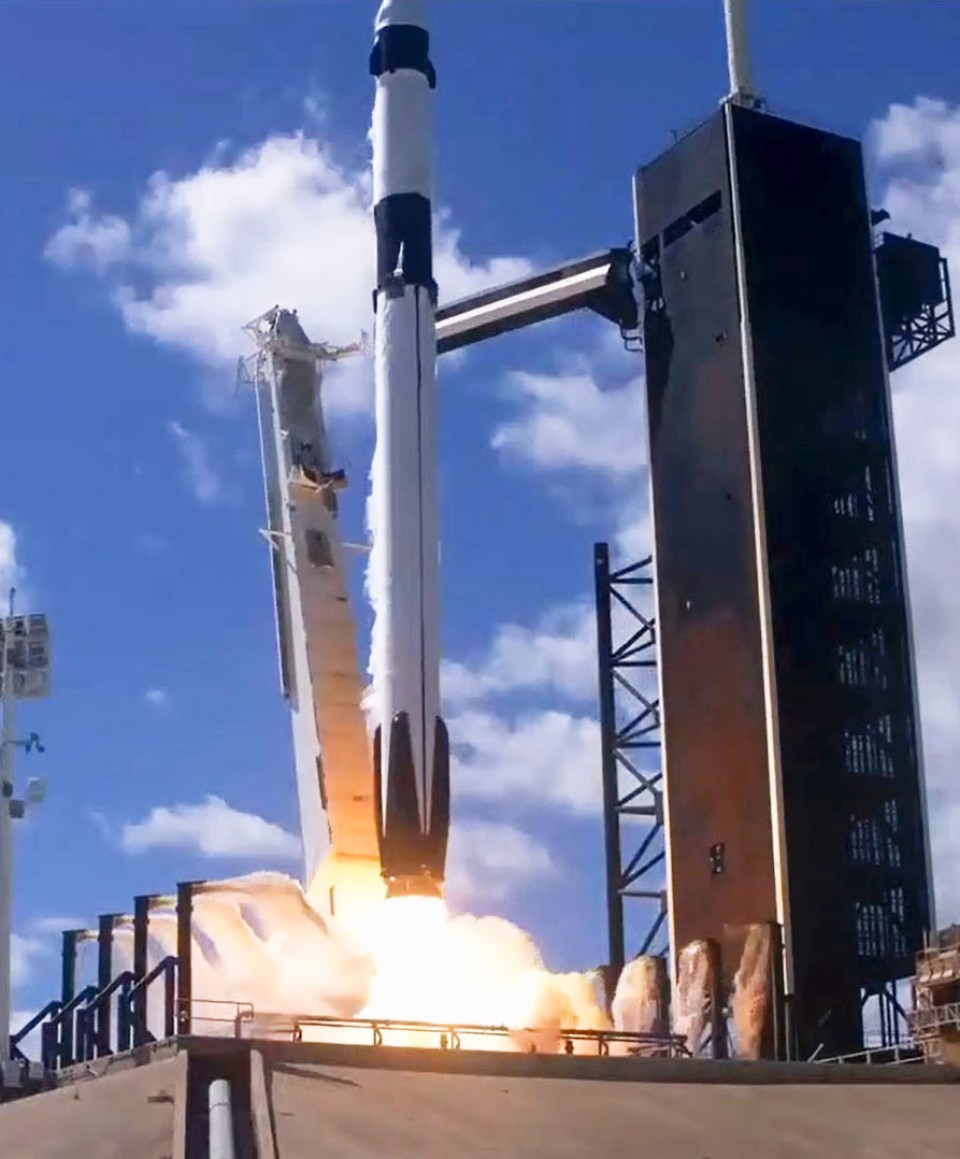 Photo taken from NASA TV shows a rocket carrying a Crew Dragon spaceship lifting off from the Kennedy Space Center in Florida on Oct. 5, 2022. (Kyodo)