The iPhone 14 launched by Apple Inc. in September was cheaper in Japan than 36 other major countries and regions in the world, a survey showed Wednesday.

Tokyo-based research firm MM Research Institute Ltd. surveyed Apple's online stores around the world and compared prices, including tax, in yen terms based on exchange rates as of Sept. 12.

The 128-gigabyte model was sold at 119,800 yen ($830) in Japan, the lowest price in the surveyed areas including the United States, and a number of European and Asian countries. A weaker yen, however, means it is about 20,000 yen more than the iPhone 13 when it went on sale in the country a year ago.

Online stores in Turkey set the most expensive price for the model, offering it for the equivalent of 238,454 yen. 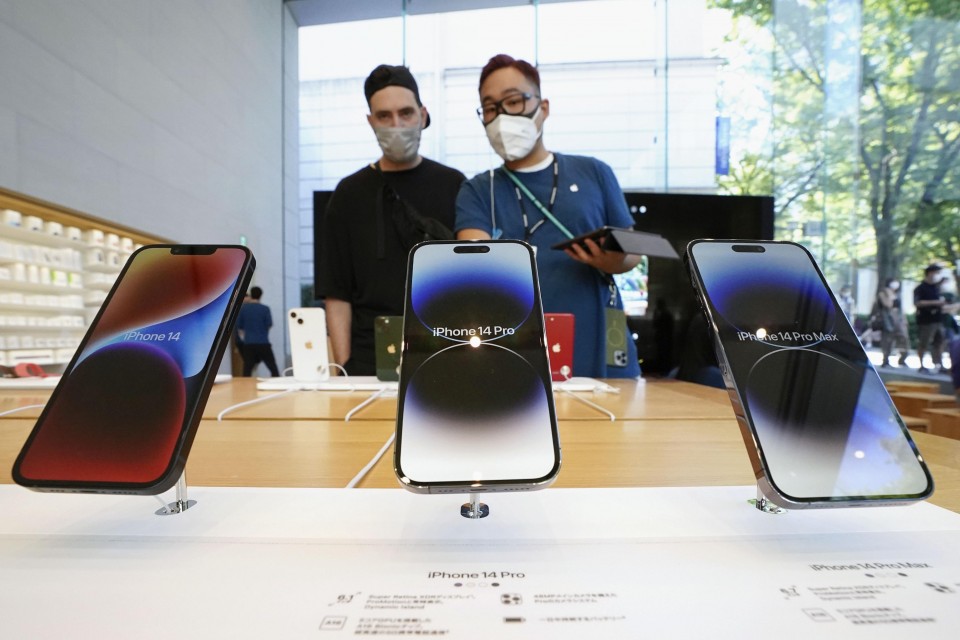 Experts said that Apple might have strategically kept the prices low in Japan where the company enjoys a high market share.

"In Japan, Apple has a 50 percent share, which is on the high side in the 37 countries and regions," Tadayuki Shinozaki, chief analyst at MM Research Institute, said.

"Faced with the yen's depreciation, the company might have set prices at a level that won't stop customers from buying the phones" but maximize profits, he said.

Apple to raise app prices in Japan, eurozone, other markets