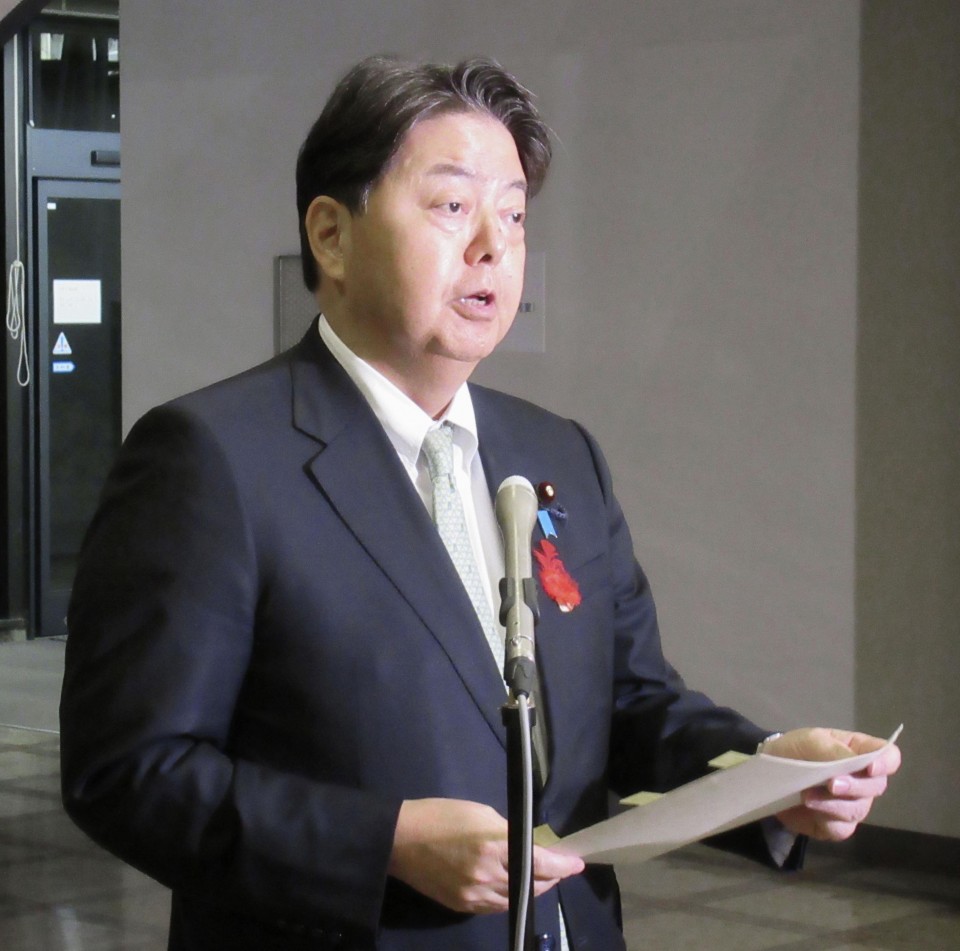 Japanese Foreign Minister Yoshimasa Hayashi speaks to reporters at his ministry in Tokyo on Oct. 4, 2022. (Kyodo)

Japan on Tuesday ordered a Russian diplomat based in Sapporo to leave the country within six days, Foreign Minister Yoshimasa Hayashi said, in retaliation for Moscow's expulsion of a Japanese consul last month.

Hayashi told reporters that his ministry declared the diplomat at the Russian Consulate General in the major northern city persona non grata after Russian authorities detained the consul in Vladivostok for about three hours, accusing him of carrying out espionage, and expelled him from the country.

Japan says the consul, Tatsunori Motoki, who returned home last week after being declared persona non grata by the Russian Foreign Ministry, had not committed any illegal act.

Hayashi has criticized Russia for treating the consul "coercively" during his detention, including being blindfolded and physically restrained.

He said Tuesday that the Russian detention and interrogation of the Japanese consul was a "clear and serious violation" of international law and "extremely regrettable."

But Hayashi stopped short of giving details about the Russian diplomat, saying merely that Japan responded "accordingly" to Moscow's expulsion of the consul.

The ambassador released a statement saying that the Russian diplomat "did not engage in activities violating his authority" and that the Japanese order could only further worsen bilateral ties.

On Sept. 26, Russia's Federal Security Service accused Motoki of obtaining classified information in exchange for payment and ordered him to leave the country within 48 hours.

Since Russia invaded Ukraine in late February, Japan's relations with the country have frozen, with Tokyo joining Western nations in imposing economic sanctions on Moscow.