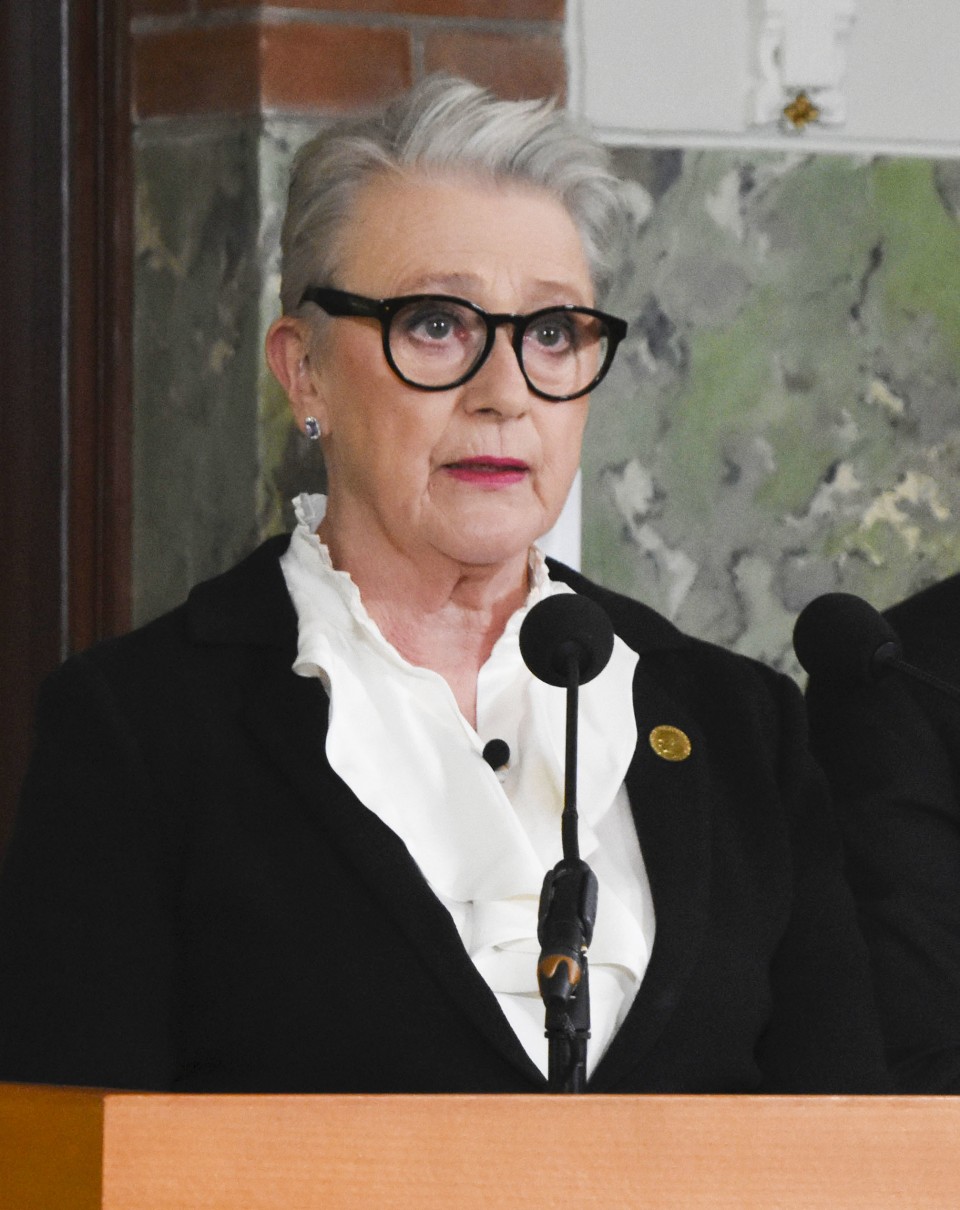 This year's Nobel Peace Prize was awarded Friday to jailed Belarusian activist Ales Bialiatski as well as two human rights groups -- the Center for Civil Liberties from Ukraine and Memorial from Russia.

The Nobel committee said the three winners have made "an outstanding effort to document war crimes, human rights abuses and the abuse of power."

"Together they demonstrate the significance of civil society for peace and democracy," Norwegian Nobel Committee chair Berit Reiss-Andersen said at a ceremony.

The announcement comes on the 70th birthday of Russian President Vladimir Putin, who is currently waging war against Ukraine.

She said the prize is not addressing Putin, except that his government, along with that of Belarus, represents "an authoritarian government that is suppressing human rights activists."

In an interview posted on the Nobel Prize's website, Reiss-Andersen said she does not believe the prize will have any immediate impact on the war in Ukraine.

But the committee believes "the kind of work that these Peace Prize laureates represent in the long run will make a difference," she said.

The Center for Civil Liberties in Ukraine, founded in Kyiv in 2007, has pressured the country's authorities to make it "a full-fledged democracy," the committee said.

It also noted that the group engaged in efforts to identify and document Russian war crimes against Ukraine's civilian population and is playing a "pioneering role" with international groups to hold guilty parties accountable.

Olexandra Matviychuk, who leads the center, said on her Facebook page that she is "pleased" with the prize and it is necessary to bring Putin, his ally Belarusian President Alexander Lukashenko and "other war criminals to justice." 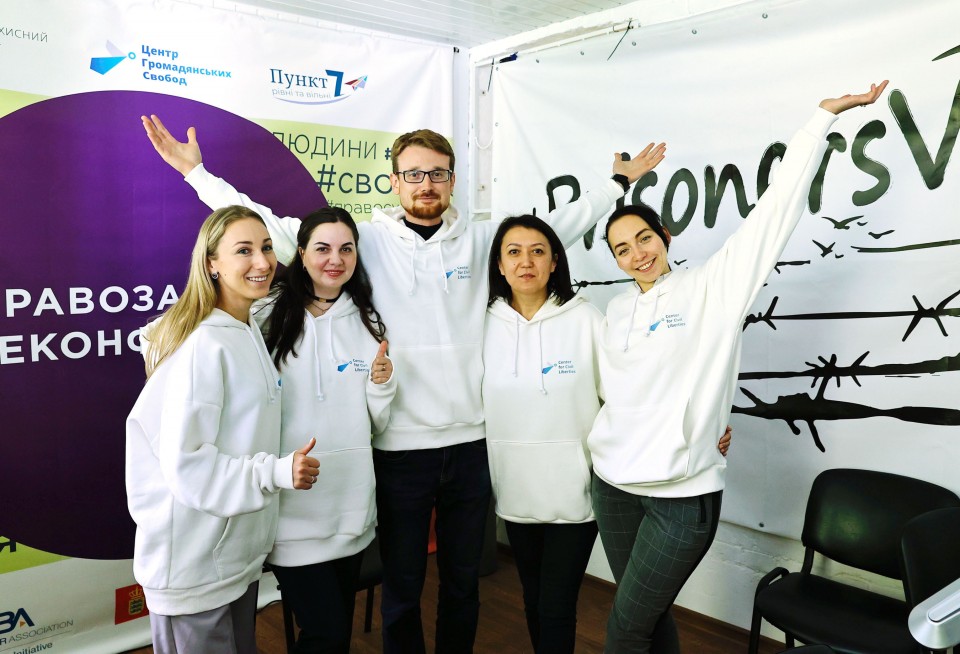 Staff members of the Center for Civil Liberties celebrate in Kyiv after the Ukrainian human rights group won the Nobel Peace Prize on Oct. 7, 2022. (Kyodo)

Memorial is the largest human rights organization in Russia, established in 1987 by human rights activists in the former Soviet Union. The committee praised its work and the determination of its activists to carry on despite forced closure by Russian authorities.

Bialiatski was one of the founders of the democracy movement in Belarus in the 1980s, later founding the organization Viasna in 1996. He was imprisoned from 2011 to 2014, and again after demonstrations against the regime in 2020.

Sviatlana Tsikhanouskaya, an anti-government activist in Belarus, congratulated Bialiatski on the prize, saying in a lecture she delivered in Paris that he is a warrior for freedom and a symbol of global efforts to protect human rights.

Meanwhile, an official of the Ukrainian government expressed dissatisfaction with the committee's decision to recognize the Russian and Belarusian groups.

Mykhailo Podolyak, adviser to the head of President Volodymyr Zelenskyy's office, tweeted that the committee "has an interesting understanding of (the) word 'peace' if representatives of two countries that attacked a third one receive" the prestigious prize together.