The Hanshin Tigers have decided to make flamethrower Shintaro Fujinami available to MLB clubs through the posting system in the offseason, a source at the Central League club said Saturday.

The 28-year-old right-hander had told Hanshin of his desire to move to MLB during the last offseason, before making a public announcement in September. Both parties are expected to hold talks in the near future. 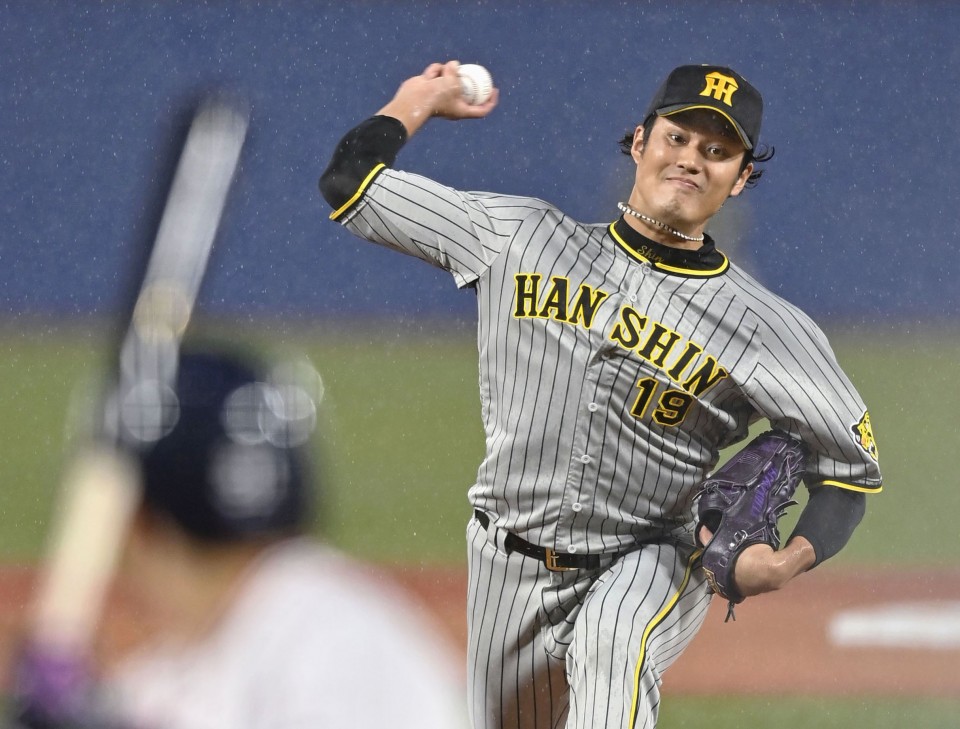 Shintaro Fujinami of the Hanshin Tigers pitches against the Yakult Swallows in Game 2 of the Central League Climax Series' final stage at Jingu Stadium in Tokyo on Oct. 13, 2022. (Kyodo)

Fujinami has clocked 162 kilometers per hour with his fastest pitch and was considered the pitching rival of Los Angeles Angels two-way star Shohei Ohtani during high school and early in their professional careers.

Hanshin's first draft pick ahead of the 2013 season, Fujinami reached double figures in wins in each of his first three years in Nippon Professional Baseball before experiencing a long slump.

The 197-centimeter-tall right-hander has been the Tigers' Opening Day starter for the last two seasons and had six quality starts from seven games since August during this year's regular season.

Fujinami allowed two runs over three innings and was tagged with the loss on Thursday when Hanshin lost to the Yakult Swallows 5-3 in Game 2 of the CL Climax Series final stage.