A memorial service for a 6-year-old boy murdered by Japanese military police nearly 100 years ago in what became known as the "Amakasu Incident" has been held annually for almost half a century at his tombstone in Nagoya, central Japan. 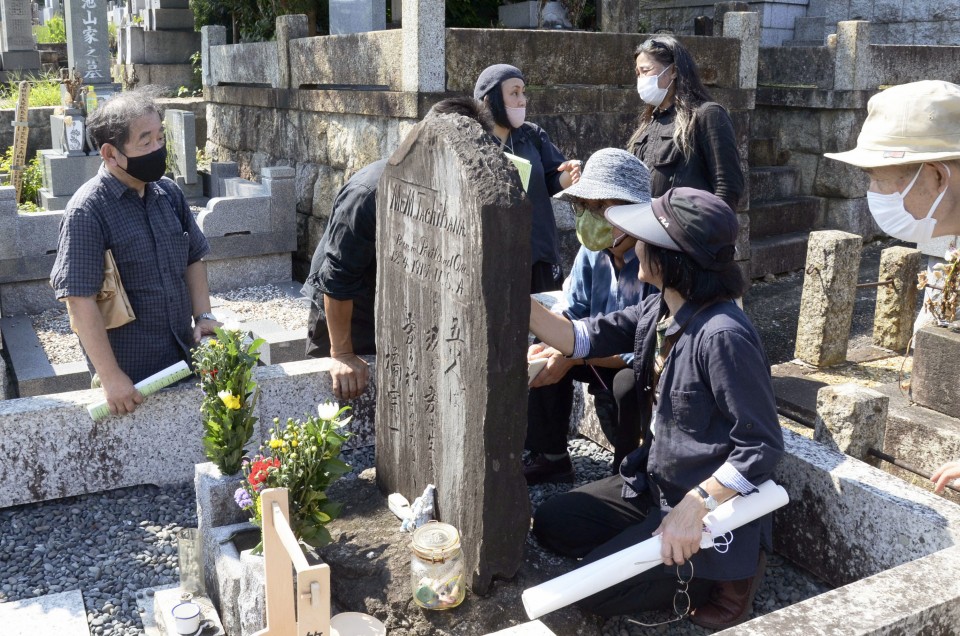 Participants in Munekazu Tachibana's memorial service on Sept. 11, 2022, in Nagoya view the back of his tombstone, which reads in part, "brutally murdered by lapdogs." (Kyodo)

This year's ceremony for Munekazu was held on Sept. 11, with about 60 people gathering to burn incense and mourn the boy's death while a monk recited a sutra. "The same mistake must never be repeated," was the common refrain.

According to the local volunteer group that preserves the boy's tombstone, Munekazu was born to a merchant trader who was born in Aichi Prefecture and immigrated to the United States and Osugi's younger sister. 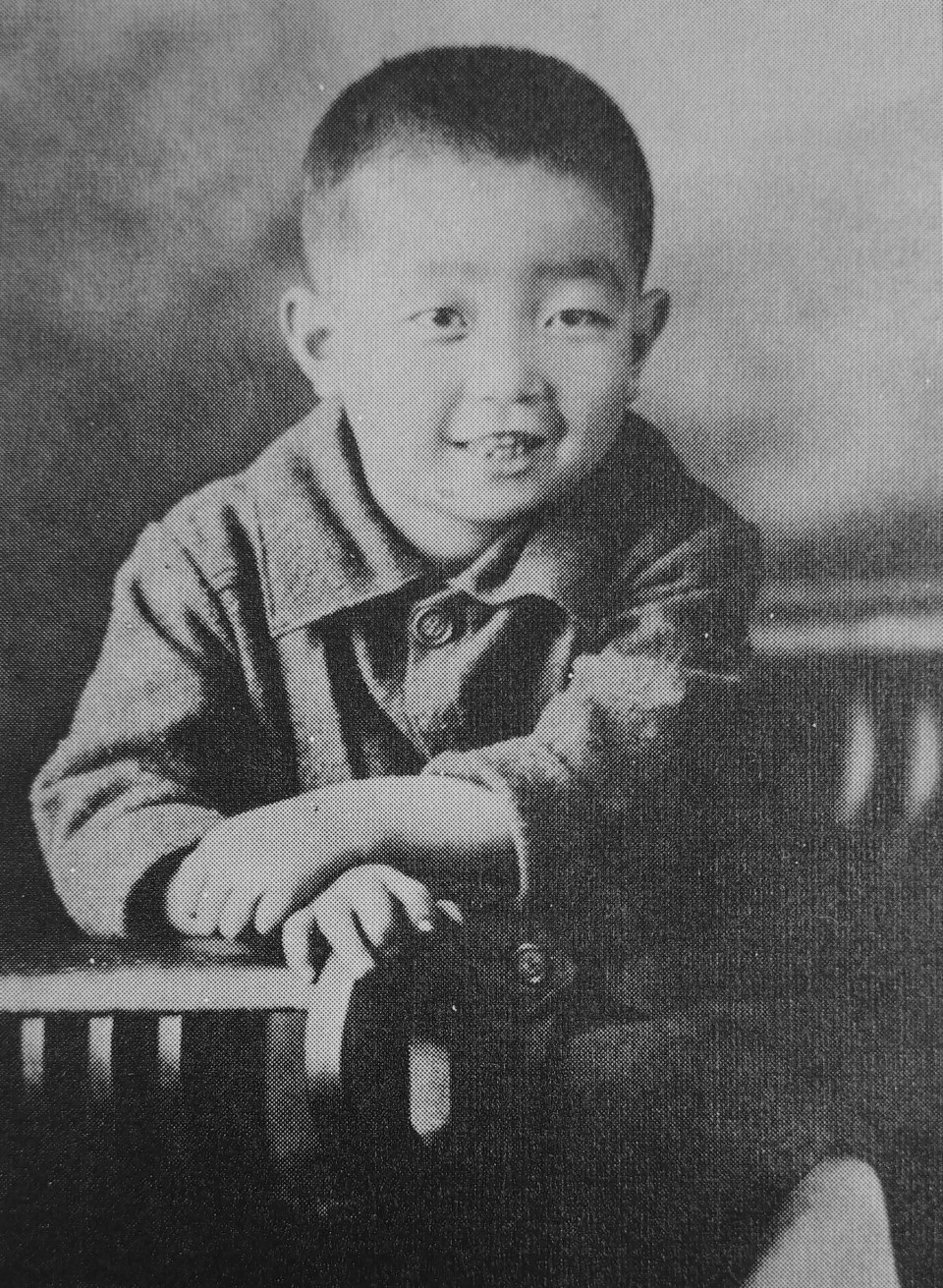 Munekazu Tachibana. (Photo courtesy of the volunteer group that preserves the boy's tombstone)(Kyodo)

On Sept. 16, 1923, Osugi, a well-known anarchist who had been marked as a dissident of the state and was in Tokyo along with Ito, who lived with him, and Munekazu, were taken away by Amakasu and his subordinates and beaten to death. Their bodies were reportedly tossed into an abandoned well. The incident occurred while martial law was imposed to maintain public order in the aftermath of the quake.

The young boy was killed to "keep his mouth shut," said Hirokazu Takeuchi, 81, head of the volunteer group.

The tombstone was installed by Munekazu's father in 1927 in the compound of a Buddhist temple called Nittaiji in Nagoya's Chikusa Ward. On the back of the dark vertical slab are inscribed the words, "brutally murdered by lapdogs."

"At that time, Japan was shifting toward militarism and people were finding it increasingly difficult to say what they wanted to," Takeuchi said. These words expressed the father's outrage and "proof of his protest" against his son's victimization in such a callous act by Japanese authorities, although "he would have been severely punished if police had found out," he added.

The gravestone had long been forgotten until 1972 when a woman who lived in the neighborhood came upon it in a grassy area of Nittaiji while out on a stroll. It became public knowledge after she wrote about it in a letter to a newspaper. The memorial services by the group have occurred annually since 1975.

Takashi Yamada, 49, a local stonemason, cleaned the tombstone in August ahead of the ceremony. Yamada, who took over from his father in assisting with Munekazu's memorial services, said, "My hope is the tombstone will continue to be cherished."

On the day of the service, many participants who approached to read the inscription on the epitaph showed their sorrow for the father who had lost the boy to such violence.

Following the service, Yutaka Osugi, a son of Sakae's younger brother, who is now 83, talked about his uncle's ideas in a speech in front of the participants. 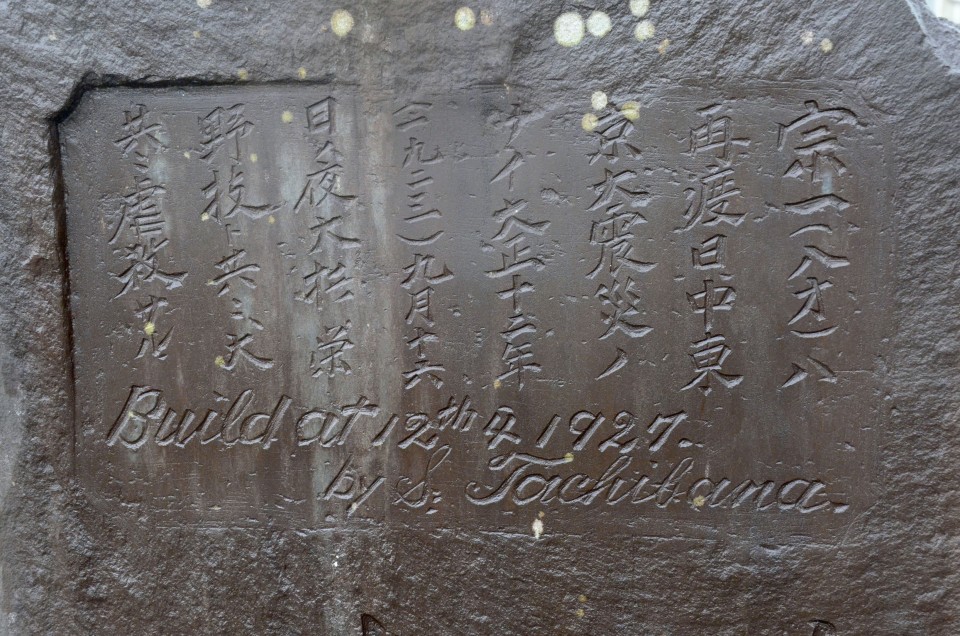 An inscription on the back of Munekazu Tachibana's tombstone reads in part, "brutally murdered by lapdogs," as seen in photo taken on Sept. 1, 2022, in Nagoya. (Kyodo)

"I am grateful since many people are still interested and participate in this service. It is a meaningful gathering that reminds us to never forget the tyranny of authority," he said.

Following public backlash, Amakasu was court-martialed and sentenced to 10 years in prison but was released on parole in 1926. Afterward, he traveled to northeastern China and is said to have been involved in the founding of Manchuria under the Imperial Japanese Army. He committed suicide after Japan surrendered in World War II.

The Amakasu Incident was one of the more prominent instances of Japanese authorities using the chaotic situation following the catastrophic earthquake to kill anarchists and socialists and other minorities, including ethnic Koreans, in what was later labeled the Kanto Massacre.

Takeuchi is the sole survivor of the 14 people who founded the volunteer group to preserve Munekazu's gravestone. There is no telling how long the group can remain active as many members are elderly.

"I hope we can continue the service until the 100th anniversary of the (Amakasu) incident in 2023," Takeuchi said. 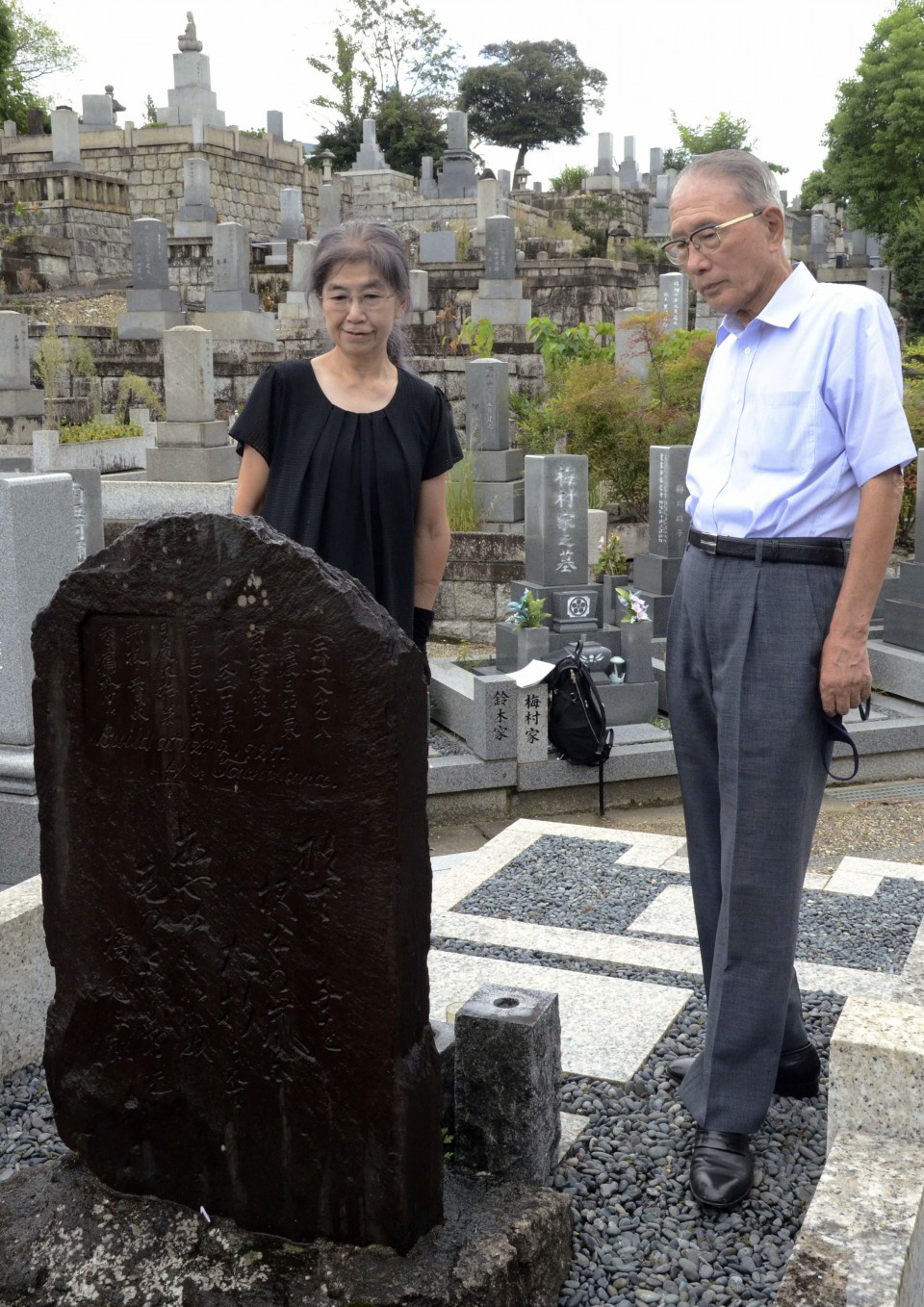 Hirokazu Takeuchi (R), head of the volunteer group that preserves Munekazu Tachibana's tombstone, is pictured in Nagoya on Sept. 1, 2022. (Kyodo)