The chiefs of the Japanese and German air forces pledged Thursday to further enhance cooperation at a time of rising tensions in the region, with their fighter jets conducting a formation flight over Japanese skies the previous day.

East Asia has seen an increasingly assertive China with tensions rising over Taiwan. Germany has been stepping up its engagement in the Indo-Pacific region, partly propelled by Beijing's actions that are deemed to be undermining the rule of law, human rights and democracy.

"We will deepen our collaboration and further promote efforts between the two air forces to maintain and strengthen a free and open Indo-Pacific," said Gen. Shunji Izutsu, chief of staff of Japan's Air Self-Defense Force, at a joint press conference in Tokyo. 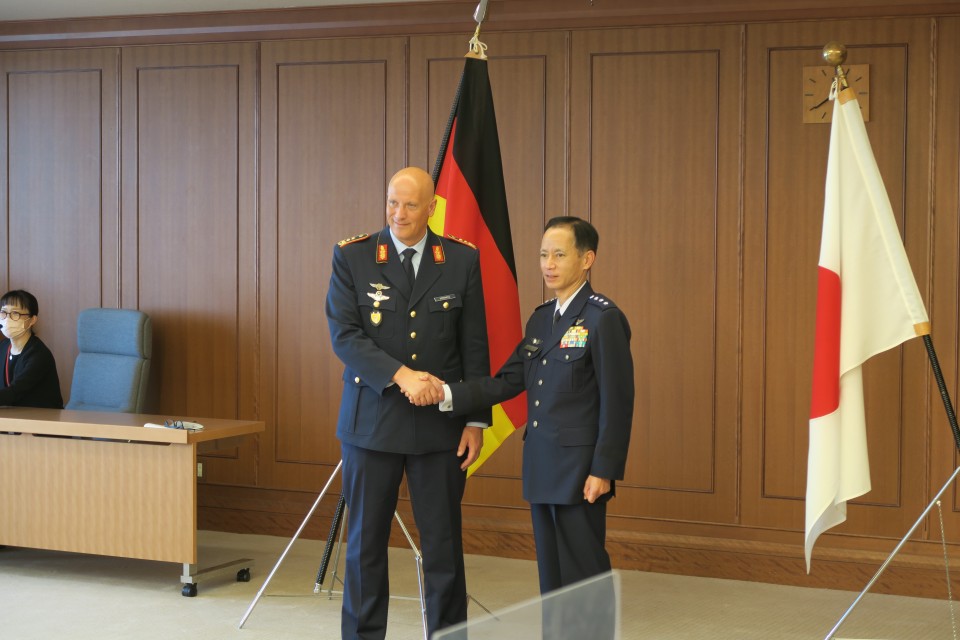 Lt. Gen. Ingo Gerhartz highlighted that the German Air Force has managed to both protect the North Atlantic Treaty Organization's territorial airspace during Russia's aggression in Ukraine and deploy to the Asia Pacific.

The Japanese and German air forces conducted a joint exercise in Japan for the first time on Wednesday involving three F-2s and Eurofighters each. Gerhartz piloted one of the fighters to Japan himself.

It was the first time for German Air Force fighter jets to come to the country, according to the Air Self-Defense Force. 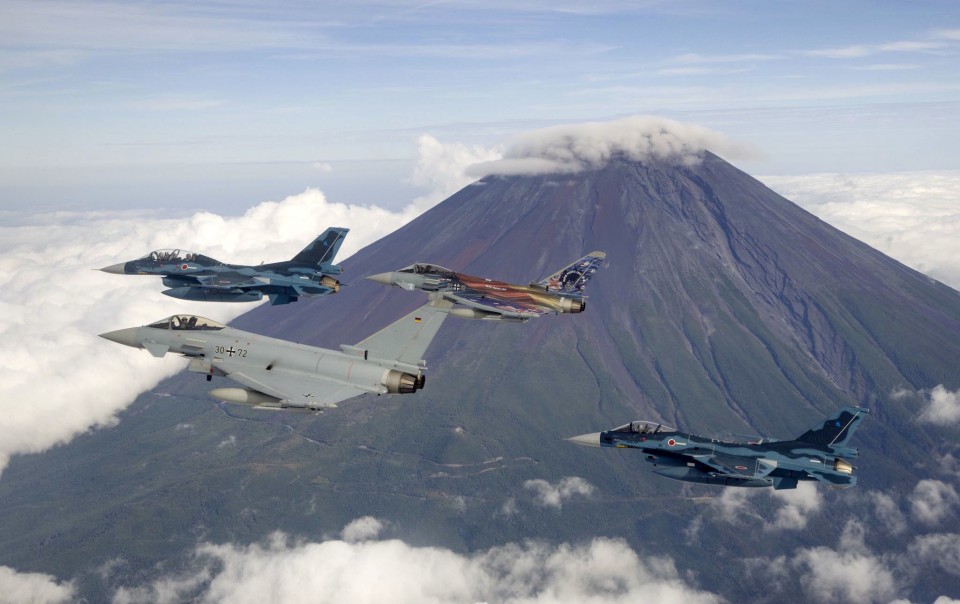 Japan's F-2 fighter jets (front and back) and Germany's Eurofighters are pictured against a backdrop of Mount Fuji as the air forces of the two nations conduct a joint exercise on Sept. 28, 2022. (Photo courtesy of Japan Air Self-Defense Force)(Kyodo)

Germany intends to learn from Japan the ins and outs of operating the cutting-edge F-35 advanced stealth fighter jets as they are already in use, while Germany is still in the process of procuring them, Gerhartz said Thursday.

The German Air Force participated in a multilateral exercise in Australia from late last month to early September with Japan also involved.

Berlin sent a navy frigate to Japan in November as the first German military vessel to make a port call in nearly 20 years.