Two-way star Shohei Ohtani pitched seven shutout innings and helped his own cause with an RBI double, leading the Los Angeles Angels to a 2-1 win over the Seattle Mariners on Saturday.

Ohtani (13-8) extended his MLB career-high win total to 13 as he scattered three singles, with eight strikeouts and one walk in a 107-pitch outing at Angel Stadium. 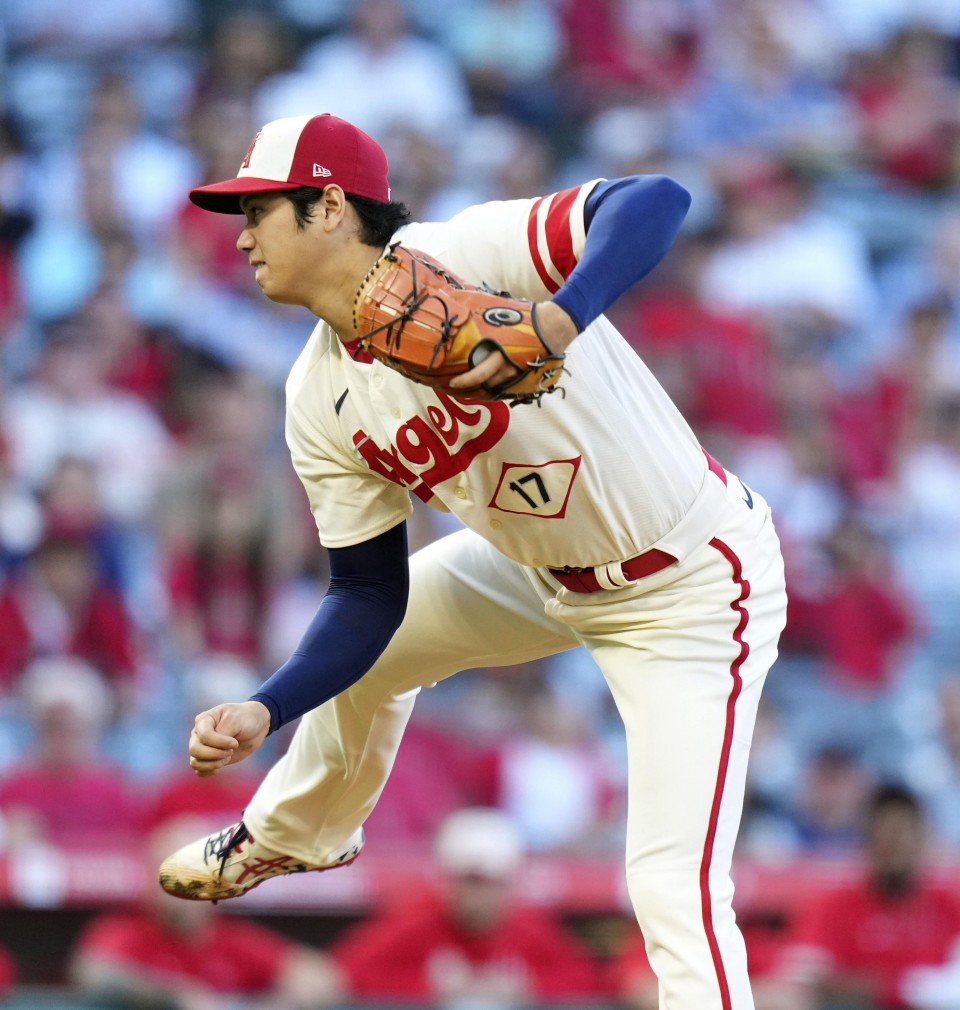 Shohei Ohtani of the Los Angeles Angels pitches against the Seattle Mariners in a baseball game at Angel Stadium in Anaheim, California, on Sept. 17, 2022. (Kyodo)

After his previous start was cut short by a blister on the middle finger of his pitching hand, Ohtani leaned more heavily on his slider and early on ran his pitch count up as he went after strikeouts.

"I managed to complete my outing on a high while taking care of the blister," Ohtani said.

"The selection of my pitches was the key. I got too greedy at the start, but began to relax toward the end," Ohtani said.

Babe Ruth won 13 games on the mound as a two-way player in 1918 when he hit 11 home runs. Ohtani is the first MLB player since then to reach at least 10 wins and 10 homers in the same season.

At the plate, Ohtani went 1-for-2 with a walk. He drove in one Angels run and scored the other.

The Angels took a first-inning lead when Ohtani, batting third, hit a bullet off the left-field wall for a double that scored Mike Trout from first base.

In the fourth, Ohtani drew a leadoff walk, advanced to third on a single and a wild pitch, and scored on a groundout.

Mariners starting pitcher George Kirby (7-4) allowed both runs over six innings. Aaron Loup closed out the ninth for his season's first save.

The Chicago Cubs said Saturday that outfielder Seiya Suzuki has been placed on the paternity list and returned to Japan to attend the birth of his first child. 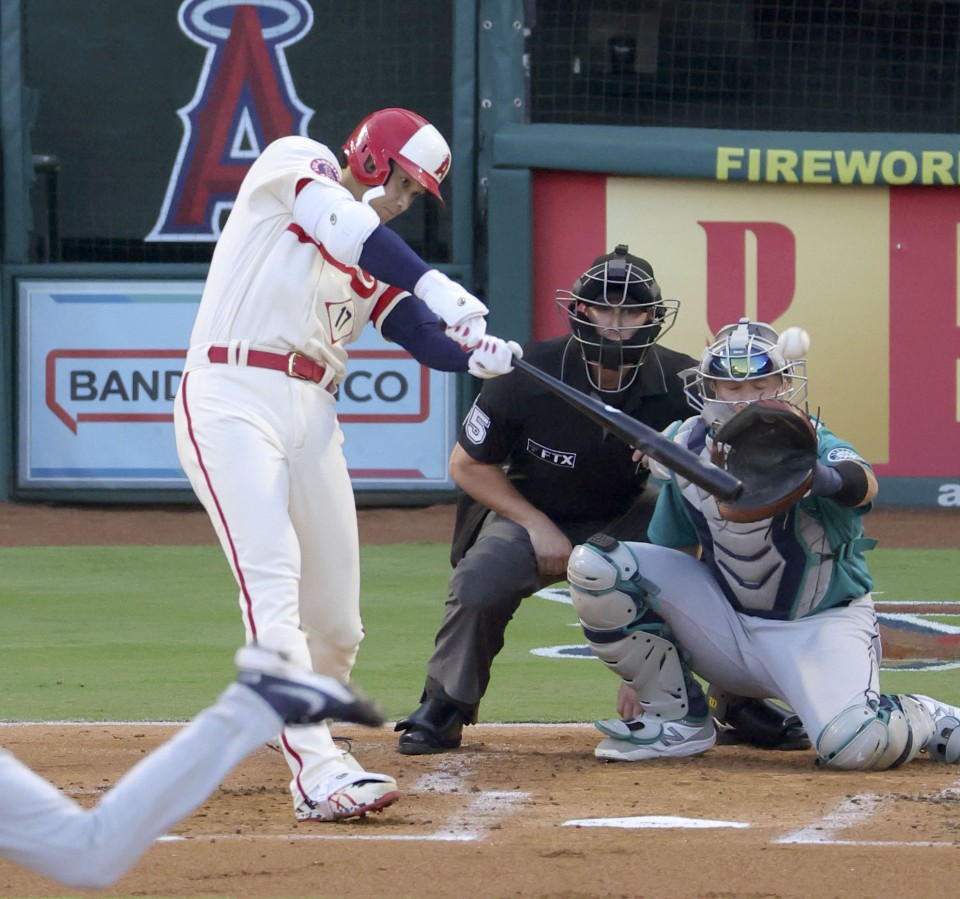 Shohei Ohtani of the Los Angeles Angels hits a double in the first inning of a baseball game against the Seattle Mariners at Angel Stadium in Anaheim, California, on Sept. 17, 2022. (Kyodo)