The 19-year-old Zheng will be bidding for her first WTA Tour singles title Sunday against Russian Liudmila Samsonova, a 7-6(4), 6-2 winner over Zhang Shuai of China, at Ariake Tennis Forest Park. 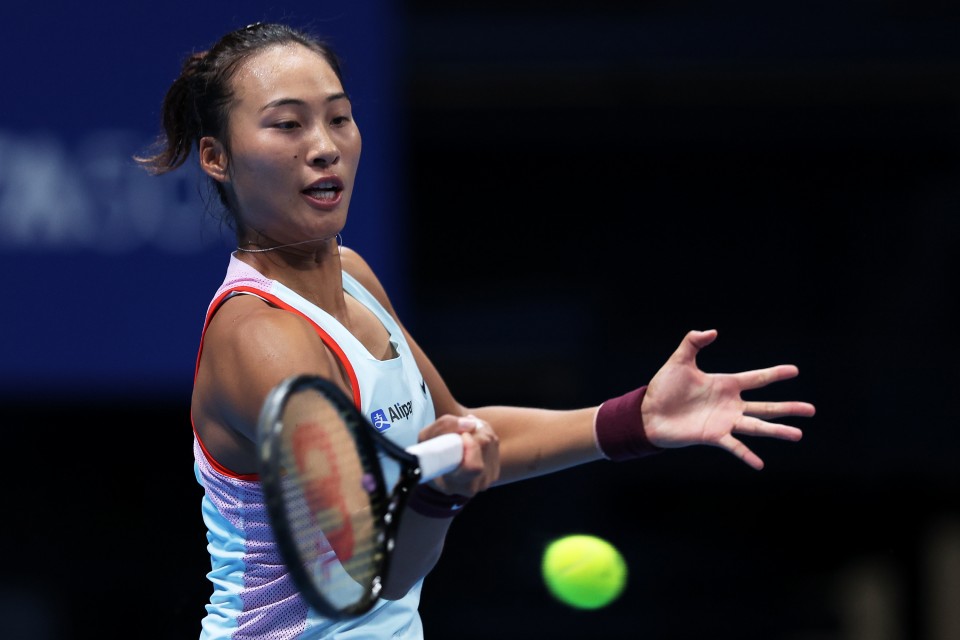 Zheng Qinwen of China plays against Russian Veronika Kudermetova in the semifinals of the Toray Pan Pacific Open in Tokyo on Sept. 24, 2022. (Getty/Kyodo)

In the third-set tiebreak, Zheng won four straight points to lead 6-2 and clinched the match when Kudermetova hit a backhand return long.

"Every point was so important," Zheng said in an on-court interview. "There were a lot of emotions during the match. I'm very happy to arrive in the final for my very first time."

Zheng upset top-seeded Paula Badosa of Spain in the second round here on her way to the final.

In the other semifinal, Samsonova served 13 aces to overpower Zhang, converting four of her five break points. The Russian is looking for her third singles title of the year and fourth overall.