Japan's exports of used vehicles to Russia, exempt from sanctions imposed over Moscow's invasion of Ukraine, have surged to their highest level in more than a decade.

Moscow's success in keeping the ruble strong despite the sanctions has also boosted Russians' appetite for used but high-quality Japanese vehicles, which can be exported so long as they are worth less than 6 million yen ($43,400).

Japan's total exports of secondhand cars to Russia were the highest on record since January 2009, according to government data.

Toyama Prefecture, which has long been a hub for exports of vehicles across the Sea of Japan to the Russian port of Vladivostok, has seen a particular surge in such shipments.

Nawab Ali Behlum, 59, a Pakistani auto-exports dealer in the coastal city of Imizu in the prefecture, said "work decreased a lot" in the first few months after Russian forces invaded Ukraine in February but quickly picked up in April. 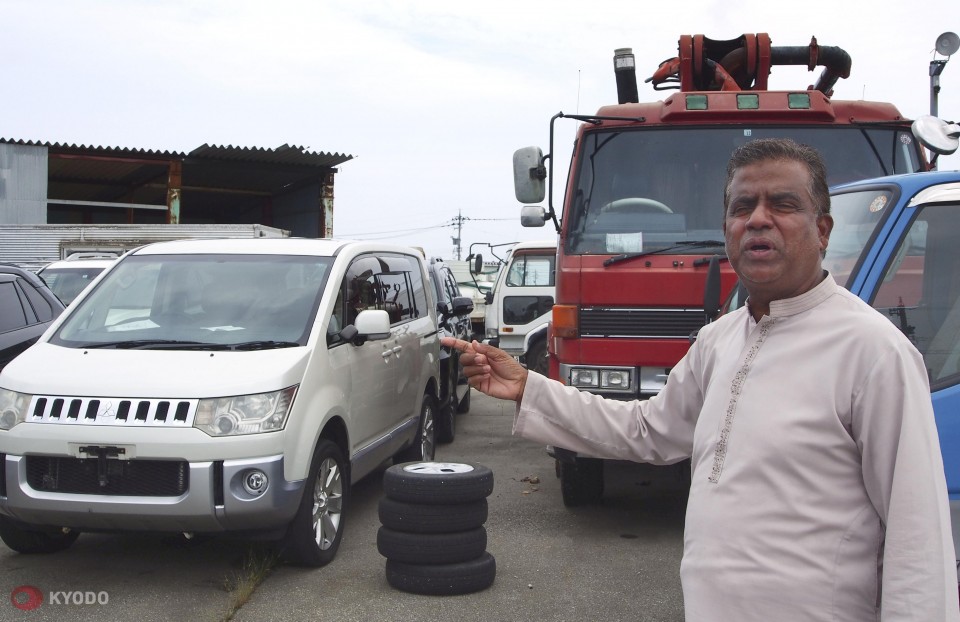 Nawab Ali Behlum stands in front of secondhand vehicles to be exported to Russia, in Imizu, Toyama Prefecture, in July 2022. (Kyodo)

That month, the Japanese government imposed a ban on exports of luxury goods to Russia including vehicles costing over 6 million yen, opening the market up for used vehicles.

Behlum says Russians are snapping up "only high-end cars" in the used-vehicle market thanks to the strong ruble.

"In the past, it used to take one or two weeks to ship vehicles but it now takes three months," he said, explaining that the supply of cargo vessels has not kept pace with the surging demand for cars.

According to Finance Ministry trade data, Japan exported around 17,000 secondhand vehicles to Russia in June, which accounted for almost half of its total exports to its neighbor. They were worth 19 billion yen, or over 2.5 times higher than March.

Toyama's significance likely increased since its ports were the favored destinations of Russian vessels filling the void when ships used by Japanese companies halted operations to Russia over the invasion of Ukraine. 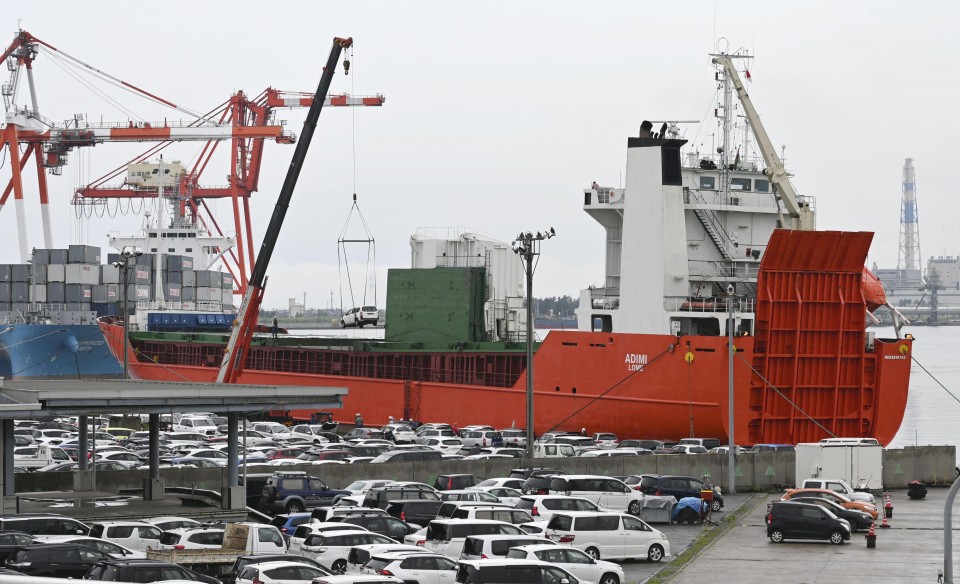 Katsunori Okamoto, a professor of human geography at the National Institute of Technology, Toyama College, who is knowledgeable about the secondhand auto export business, said used-vehicle exports to Russia tanked after Moscow raised import taxes in January 2009, with the lingering effects of the 2007-2008 global financial crisis also crimping demand.

But with foreign automakers suspending factory operations in Russia over the war in Ukraine, depriving the public of new vehicles, demand for used ones has surged, Okamoto said.

An official at the Japan Used Motor Vehicle Exporters Association suggested another reason for Russians snapping up secondhand Japanese vehicles.

"Russians have a history of not trusting their government or currency, and have a tendency to convert cash into apartments, cars or other commodities in times of crisis," the official said, adding that Japanese cars, given their reputation for reliability, are less likely to drop in price.

"It is difficult to conceive that exports will plunge sharply (in the near future), but the political situation is extremely unstable," cautioned Okamoto.

The Japanese government's sanctions are in line with those of the European Union and United States. Should the latter toughen sanctions, Tokyo may follow suit. It is also difficult to foresee how the war, which continues to drag on, will end.

"Politics influence business. I would imagine that companies involved in second-hand cars are constantly ready for changes," Okamoto added.

Japan to maintain sanctions on Russia as Ukraine war drags on