The operator of the Fukushima Daiichi nuclear power plant, which suffered core meltdowns in 2011, is considering a new submersion method for removing radioactive fuel debris that would wholly encase a reactor building in a water-filled, tank-like structure, a source close to the company said Thursday.

Conceptual breakthroughs with the method, whose advantages include using water's ability to interrupt radiation and thereby provide a safer working environment, have made it a promising candidate for the cleanup of the defunct nuclear plant, according to the source close to Tokyo Electric Power Company Holdings Inc. 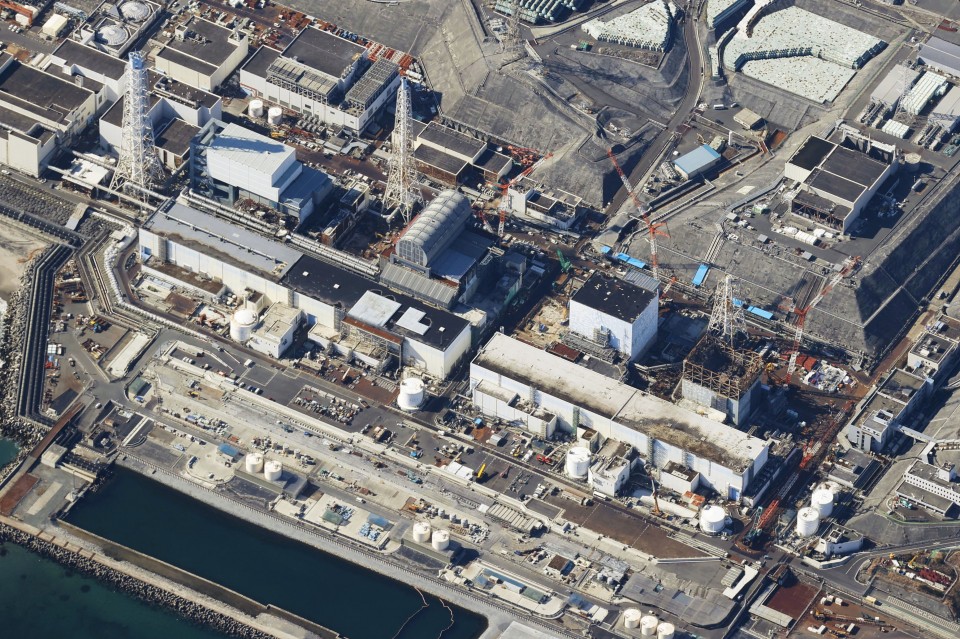 But with no proven track record in the nuclear field, investigations are ongoing into future technological issues and costs, among other contingencies. The source said it could "require advanced technology to stop water leaking out and become a huge construction project."

Were it to go ahead, the process from building to actual debris removal would be lengthy and would likely affect total decommissioning costs, currently pegged at about 8 trillion yen ($57.45 billion).

In the aftermath of the March 2011 Great East Japan Earthquake and tsunami, nuclear fuel cooling processes failed at the Fukushima plant's reactors 1 through 3, causing the fuel to melt and resolidify into radioactive debris mixed with concrete, metal and other materials present in the reactors.

Debris removal is the operator's most challenging issue in the Fukushima plant cleanup. Some 880 tons of the radioactive waste material is estimated to have been created by the nuclear meltdown across the three reactors.

The new submersion method, which is currently expected to be applied to the No. 3 reactor, would involve building a strong, pressure-resistant structure, such as a ship's hull or a plane's body, completely encapsulating the reactor, including underground.

The structure could then be filled with water, and removal work would take place from the top.

The operator initially considered a similar method to fill the reactor's containment vessel with water. But the idea was abandoned due to potential difficulties fixing holes in the structure and the possibility it would increase workers' exposure to radiation.

Preparations are being made to include the new submersion method in the 2022 edition of a strategic plan for decommissioning to be compiled by the state-backed Nuclear Damage Compensation and Decommissioning Facilitation Corp., which is helping the operator scrap the reactors. 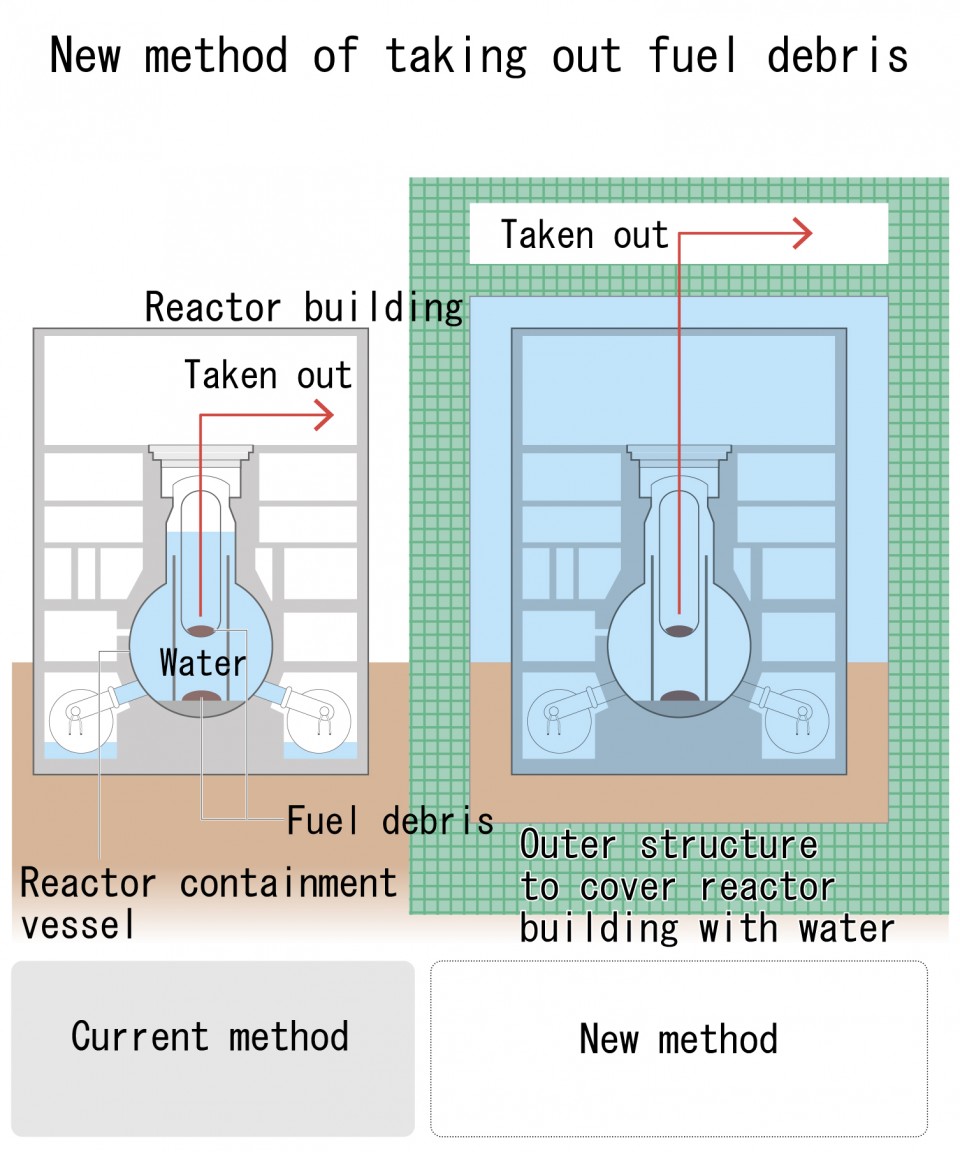 In the case of the No. 2 reactor, preparations remain under way for its debris removal via a dry method, involving extracting the material without filling the reactor with water. The NDF intends to keep it as a potential option in its strategic plan.

While the No. 2 reactor's cleanup was slated to begin this year, on Aug. 25, the government said removal work would be delayed a further 12 to 18 months to ensure safety and reliability.

The government and the power company are operating under a plan to complete debris removal and finish decommissioning work sometime between 2041 and 2051.

Amid the extensive cleanup in Fukushima, the Japanese government said on Aug. 24 that it is considering the construction of the next generation of nuclear plants amid an increasingly fraught energy supply environment and the country's dependency on imported natural resources.