Japanese lawmakers and Taiwan's government have agreed to begin talks on how to evacuate Japan's citizens in the event of a possible Chinese invasion of the island, a politician said Thursday.

As Japan has no diplomatic ties with democratic Taiwan, the delegation will act in lieu of the country's government, which cannot have direct contact with the island's administration, lower house lawmaker Minoru Kihara told Kyodo News.

In the wake of Pelosi's visit, Beijing carried out large-scale military drills in areas encircling Taiwan in retaliation for attempts by Washington and the island to bolster their cooperation in the security and economic fields. 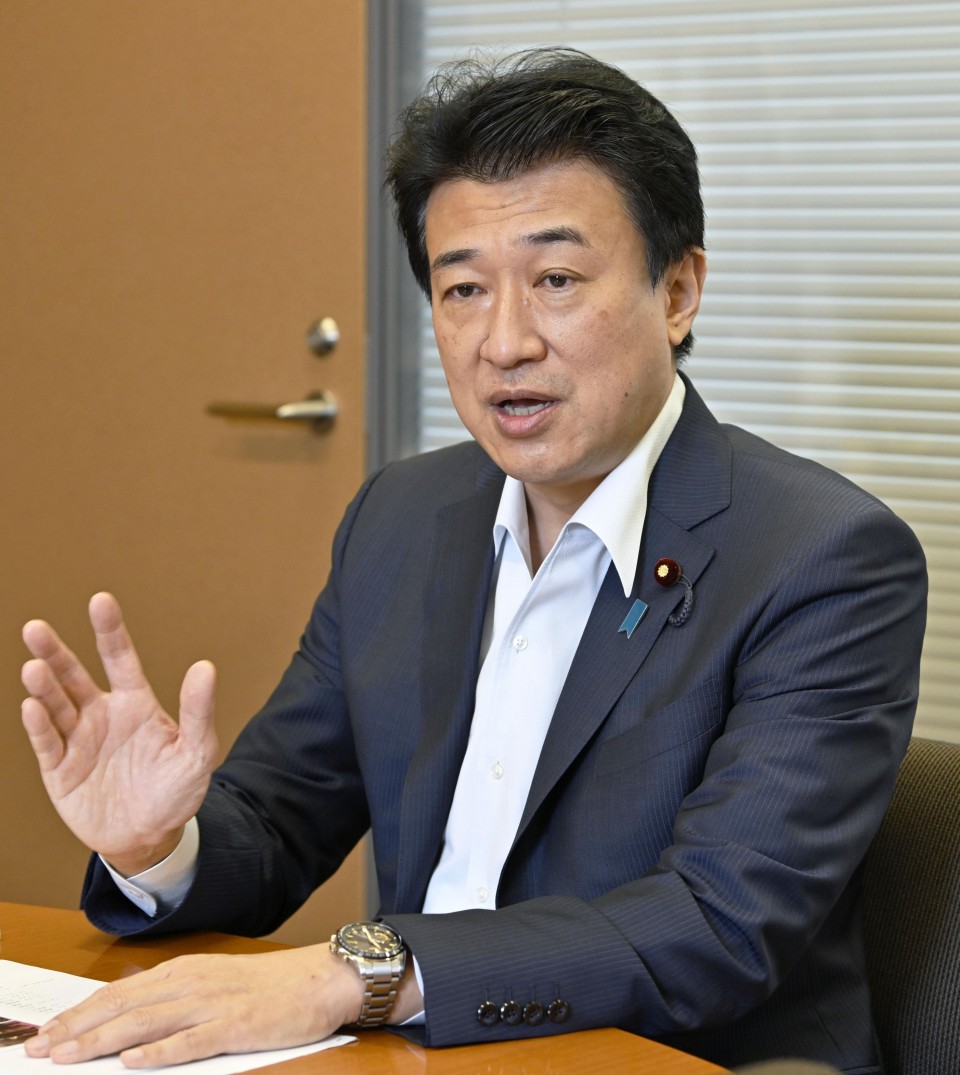 Minoru Kihara, secretary general of the Japan-ROC Diet Members' Consultative Council, speaks in an interview in Tokyo on Sept. 1, 2022. (Kyodo)

Kihara, secretary general of a cross-party group of legislators dedicated to strengthening Japan-Taiwan relations, was a member of the delegation to the island that China regards as a renegade province to be reunited with the mainland, by force if necessary.

More than 20,000 Japanese citizens live in Taiwan. Japan usually sends Self-Defense Forces aircraft to evacuate its nationals in an emergency in another nation, but it is uncertain whether they can land on the island, which China claims as its territory.

While private aircraft and ships could be used for evacuation before a Chinese invasion, comprehensive discussion about the issue has not been conducted between Japanese lawmakers and Taiwan's high-ranking officials, according to Kihara.

As the Foreign Ministry cannot officially negotiate with Taiwan, Japanese lawmakers and businesses would engage with the island's ministerial-level officials at closed-door meetings about basics regarding pre- and post-Chinese invasion-related evacuation scenarios.

During his visit to Taiwan for three days through Aug. 24, Kihara, along with Keiji Furuya, head of the cross-party group, met with Taiwan's officials such as Premier Su Tseng-chang and Foreign Minister Joseph Wu.

Tokyo cut diplomatic ties with Taipei and established them with Beijing in 1972, but Japan and Taiwan have boosted private-sector-led economic relations and people-to-people exchanges in a wide variety of areas, ranging from education, art and sports to health care.