Powerful typhoon Hinnamnor approached Japan's southwestern main island of Kyushu on Tuesday, bringing torrential rain and strong winds to the area before moving northward through the Sea of Japan.

Kyushu has experienced widespread power outages and disruption in transportation services, with one man in his 70s in Saga Prefecture confirmed to have died after falling from a roof while attempting to stormproof it, according to authorities.

The Japan Meteorological Agency is continuing to warn people of possible mudslides and swollen rivers due to heavy rain. 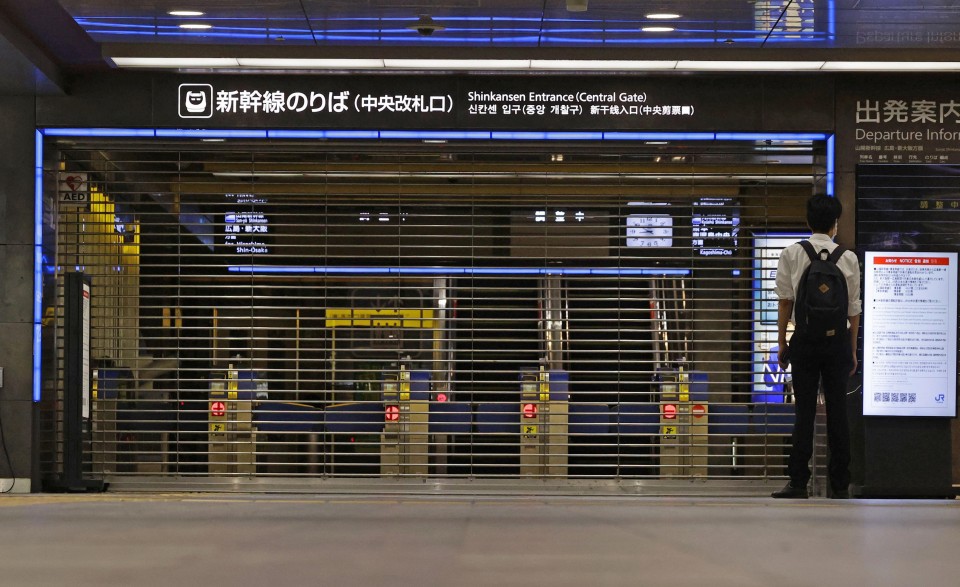 A shinkansen bullet train ticket gate is closed at JR Hakata Station in Fukuoka on Sept. 6, 2022, as services were halted due to Typhoon Hinnamnor. (Kyodo)

Although the typhoon is expected to be downgraded to an extratropical cyclone by Tuesday night, eastern and western Japan are likely to see heavy rain and thunderstorms through Wednesday. Northern Japan could also be affected by strong winds and stormy weather, the agency said.

After approaching Kyushu, the season's 11th typhoon swept past Shimane Prefecture and other areas on the country's western coast as it traveled through the Tsushima Strait.

Parts of southeastern South Korea were also badly affected by the typhoon, with one person confirmed dead and others missing from the cities of Pohang and Ulsan, to the north of the major metropolis of Busan, according to local media.

As of 6 p.m. Tuesday, Typhoon Hinnamnor was located in the Sea of Japan and moving north-northeast toward the Sea of Okhotsk off Russia's Far East and Japan's northernmost prefecture Hokkaido at 80 kilometers per hour, according to the agency.

The typhoon had an atmospheric pressure of 975 hectopascals at its center and was packing winds of up to 162 kph.

Disruption to communications including cellphone voice calls and data services has been reported mainly in Kyushu and the southern island prefecture of Okinawa, and mobile phone carriers are expediting work to repair the issues attributed to power cuts and other causes.

Around 38,000 homes in the southwestern Japan prefectures of Fukuoka, Saga, Nagasaki, Kumamoto, and Kagoshima were reported to have experienced power outages.

Railway transportation was also disrupted, with Kyushu Railway Co., or JR Kyushu, temporarily suspending its bullet train services between Hakata and Kumamoto. A reduced service is running between Kumamoto and Kagoshima-Chuo stations, and the company's local lines were mostly returned to normal operations or ran with fewer trains.

Japan Airlines Co. and All Nippon Airways Co. canceled 60 and 38 flights respectively, with planes taking off from airports on the country's western coast facing the Sea of Japan primarily affected. Around 4,800 passengers were hit by the disruption, and both companies said they will run regular services on Wednesday.

According to a 24-hour forecast through Wednesday 6 p.m., 150 millimeters of rain is expected in western Japan's Kinki region, and 100 mm for the central Tokai region. 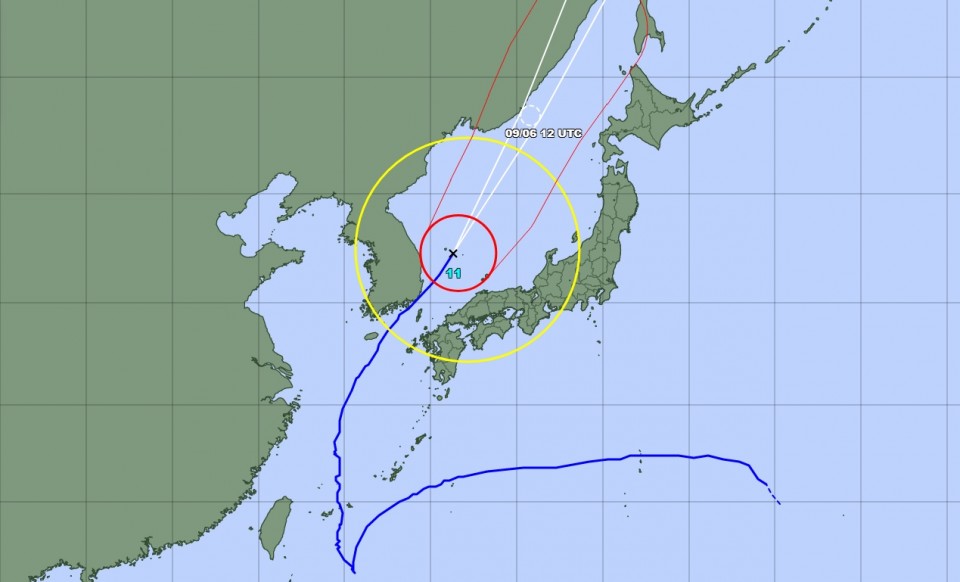