Most young women in Japan who are hoping to get married want only one child or none at all, the first time in postwar history that the average number of desired births has fallen below two, according to a survey, adding to concern about the country's rapidly graying population.

The National Institute of Population and Social Security Research also found in the survey conducted in 2021 that interest in marriage had declined significantly among young adults since its last poll in 2015, although more than 80 percent still wanted to tie the knot.

The institute has conducted surveys on birth and marriage trends almost every five years since 1940. The 2021 survey received responses from 7,826 unmarried people and 6,834 married couples. 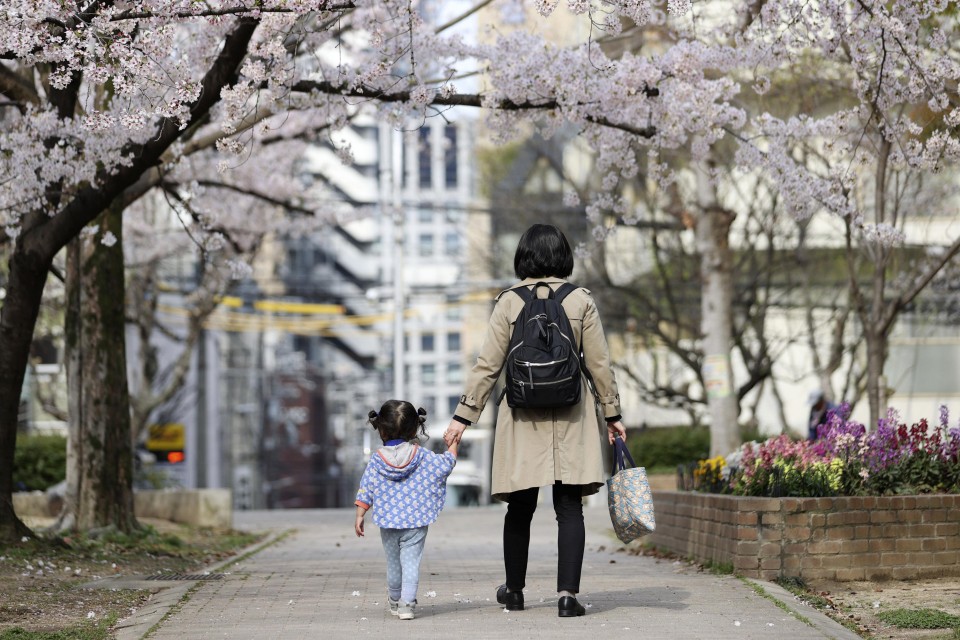 A mother and her child walk to nursery school in Osaka, Japan. (Kyodo)

The institute said the data, released Sept. 9, showed "interest in forming families has dropped further," citing "the possibility that uncertainties during the novel coronavirus pandemic had impacted people's hopes and intentions for the future."

The Organization for Economic Co-operation and Development recommends an average fertility rate of 2.1 births over a woman's lifetime for the maintenance of a stable population.

The figures for those hoping to marry had been relatively stable since 1997.

Asked about factors that will influence whether they get married, 70.2 percent of women said a partner's attitude and skills related to housework and child-rearing, up from 57.7 percent in the previous survey, while 48.2 percent of men cited a partner's earning potential, up from 41.9 percent.

The institute also said the coronavirus pandemic has affected the way couples meet, with stay-at-home directives and telework replacing in-person interactions. Among those who tied the knot between July 2018 and June 2021, 13.6 percent met online through social media or relationship apps.