Yoon has yet to hold official bilateral talks with Kishida since his presidential election win in March. There have been signs of a thaw in bilateral ties under the leadership of Yoon, who has called for a future-oriented approach to bilateral relations. 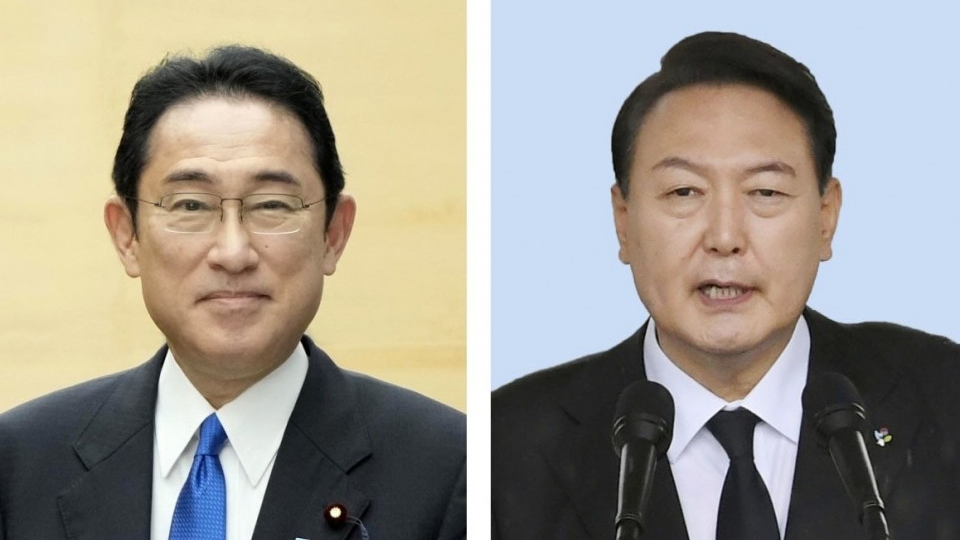 The official said a Yoon-Kishida meeting on the sidelines of the U.N. gathering would likely be casual.

The possible face-to-face meeting would come at a time when Japan and South Korea have been locked in a long-standing dispute over wartime labor compensation related to a South Korean Supreme Court ruling in 2018, and Seoul is looking for an alternative solution to avoid a diplomatic row.

In June, Yoon and Kishida met for the first time in Madrid to attend a summit of the North Atlantic Treaty Organization as its Asia-Pacific partner countries, but they only spoke briefly.

The two, however, joined trilateral talks with the United States on the sidelines of the NATO summit.

Japan's ruling Liberal Democratic Party lawmakers were cautious over summit talks between Kishida and Yoon, as they have pressed South Korea to present Japan with an acceptable solution to a dispute over court-ordered liquidations of some Japanese corporate assets.

South Korea's top court had ruled that groups of South Koreans were forced to work in Japan during its 1910-1945 colonial rule of the Korean Peninsula, ordering two Japanese companies to pay damages.

But the firms did not comply with the compensation order, as the Japanese government maintains that all claims stemming from its colonial rule were "completely and finally" settled under a bilateral agreement signed in 1965.

Plaintiffs in the cases then had part of the companies' assets in South Korea seized through the courts intending to liquidate them.

Japan-South Korea relations have been improving since sinking to their lowest point in years under the administration of Yoon's predecessor Moon Jae In, over wartime history issues.

After Yoon attends a state funeral for Queen Elizabeth II in London, he will fly to New York and then travel to Canada.