Japanese policymakers expect that a further reopening of Japan's borders to foreign visitors will breathe life into inbound tourism that had been hit by COVID-19 travel restrictions.

The hope is that a weaker yen will be an additional boost, providing a win-win situation for foreign tourists, who would be compelled to splurge by taking advantage of the currency effect, and for Japan, where the negative side of the yen's slide, especially against the U.S. dollar, has become all the more visible.

Japan has raised its daily entry cap on arrivals to 50,000 from 20,000 in early September and has begun accepting foreign travelers on tours without a guide in a further relaxing, albeit at a gradual pace, of its COVID-19 border control steps criticized as being too stringent.

Facing growing calls for more easing, on par with other Group of Seven advanced economies, the government is considering eliminating the daily entry cap even as the number of new coronavirus cases remains high. 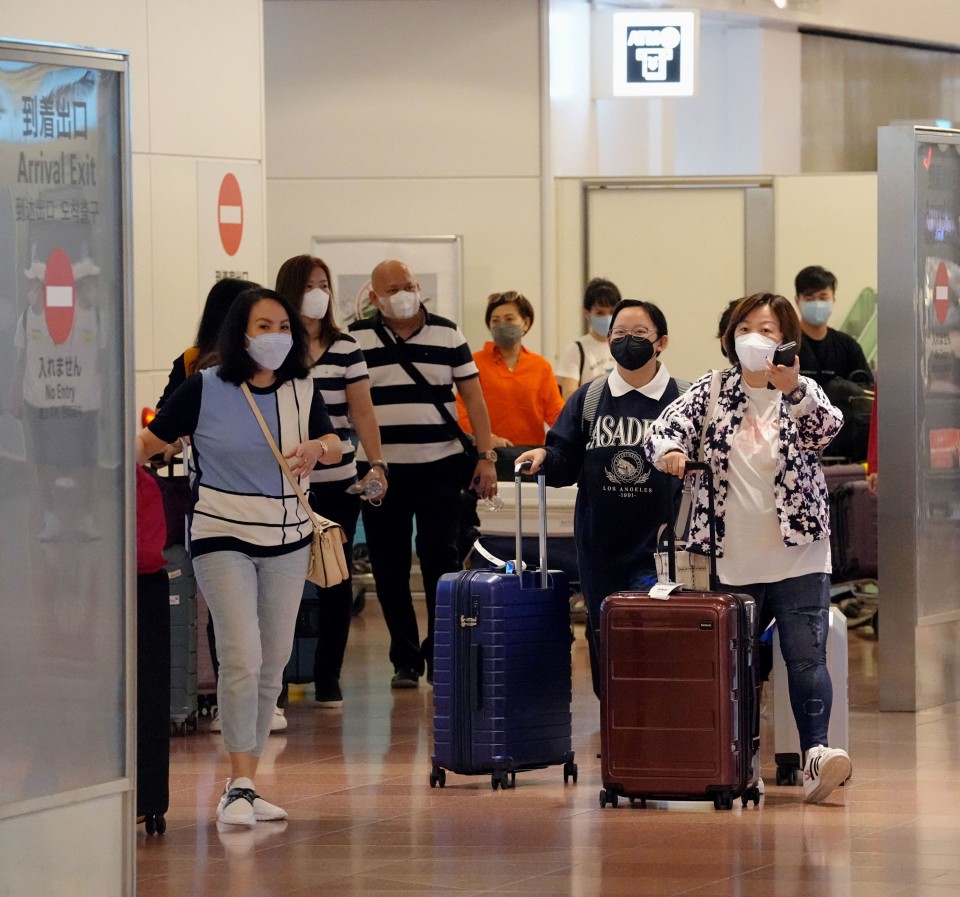 The coronavirus pandemic has hampered Japan's efforts to boost inbound tourism as an engine of economic growth, and it remains uncertain how quickly foreign tourists will return. Japan ranked first as the best travel destination in the travel and tourism development index by the World Economic Forum in 2021, despite the country being closed to foreign tourists.

If more restrictions are removed, including those on individual and spontaneous trips, as well as the daily entry cap on arrivals, Japan is expected to see spending by inbound tourists recover to about 2.5 trillion yen ($17.5 billion) in a year, or around half of the pre-pandemic level in 2019, according to economists at SMBC Nikko Securities Inc.

That is partly because a weaker yen makes traveling overseas to Japan cheaper and boosts the appetite for spending. Given the Japanese currency is trading past 140 versus the U.S. dollar, a traveler is estimated to spend around 190,000 yen for a trip, up roughly 20 percent from approximately 160,000 yen in pre-pandemic 2019 when the currency was around 109.

"Past data show when the yen weakens, foreign tourists tend to step up spending during their stay in Japan on cosmetics, souvenirs and other items," said Naoto Sekiguchi, a junior economist at SMBC Nikko Securities.

Still, the recovery in the number of inbound tourists is expected to be slow, given that it will likely take longer for those from China to return due to strict antivirus restrictions by Beijing, which has a "zero-COVID" policy, industry watchers say.

Before the COVID-19 outbreak, the wind was apparently blowing in Japan's favor. A record 31.9 million tourists visited Japan in 2019, with over 2 million visitors a month. The monthly figure for July this year was 144,500, according to the Japan National Tourism Organization.

As more Japanese consumers are feeling the pinch of accelerating inflation, growing criticism that the weak yen is the culprit is something unwanted for Prime Minister Fumio Kishida.

He has thrown his support behind the Bank of Japan's efforts to maintain an ultralow rate policy and achieve its 2 percent inflation target.

"It's important to bolster our earning power by promoting farm exports and inbound tourism...to enjoy the merits of the weaker yen," Kishida told a government panel meeting on Wednesday.

"It will become difficult to capture inbound demand this winter, and only the negative impact of the weaker yen on the economy will stand out" unless the travel restrictions are removed, the group said, adding that a recovery in international travel is far slower than in other G-7 nations.

The yen fell close to the psychologically important 145 line on Wednesday, which apparently raised the alert level among Japanese monetary authorities and prompted stepped-up warnings of direct intervention to avert a further slide.

The U.S. Federal Reserve is expected to raise interest rates further to curb soaring inflation, while the Bank of Japan is unlikely to budge.

Policy options for the government seem increasingly limited to directly address the yen's falling trend as the dollar has been gaining strength broadly against other currencies, too.

Many market players believe direct intervention by Japanese authorities to buy the yen for the dollar would still be improbable and ineffective.

Under such circumstances, a revival in inbound tourism would help improve the current account balance and affect the dollar-yen pair because demand for yen-buying will increase, economists say.

If the travel surplus -- meaning the amount of money spent by foreign travelers in Japan was larger than that spent by Japanese overseas -- recovers to a pre-pandemic level of about 3 trillion yen a year, it would have the effect of lowering the dollar-yen pair by roughly 2 yen, according to economists at Daiwa Securities Co.

"It may be smaller than the roughly 30 yen (gain of the dollar) seen so far this year, but inbound tourism will still have a certain impact on the dollar-yen," said Toru Suehiro, a senior economist at Daiwa Securities.

"The dollar has been bought, not just against the yen but other currencies as well. The main reason is widening interest rate differentials, but it also reflects the strength of the U.S. economy," Suehiro said. "If the Japanese economy can draw strength from inbound tourism, it would also help ease some yen-selling pressure."