Japan's Defense Ministry on Thursday apologized to a former female member of the Ground Self-Defense Force after an internal probe confirmed that she had been sexually assaulted by colleagues.

The investigation found that Rina Gonoi, 23, had been subjected to sexual harassment, including sexually explicit comments, on a daily basis, and been the victim of other forms of abuse from fall 2020 through August last year, including being forced to the ground at a dormitory during training.

The ministry said it will identify the perpetrators and promptly take disciplinary action against them.

"I deeply apologize on behalf of the GSDF," Gen. Yoshihide Yoshida, the ground force chief of staff, said at a press conference on Thursday, adding that he decided to make an apology before taking disciplinary action in light of the fact that Gonoi went public with the allegations. 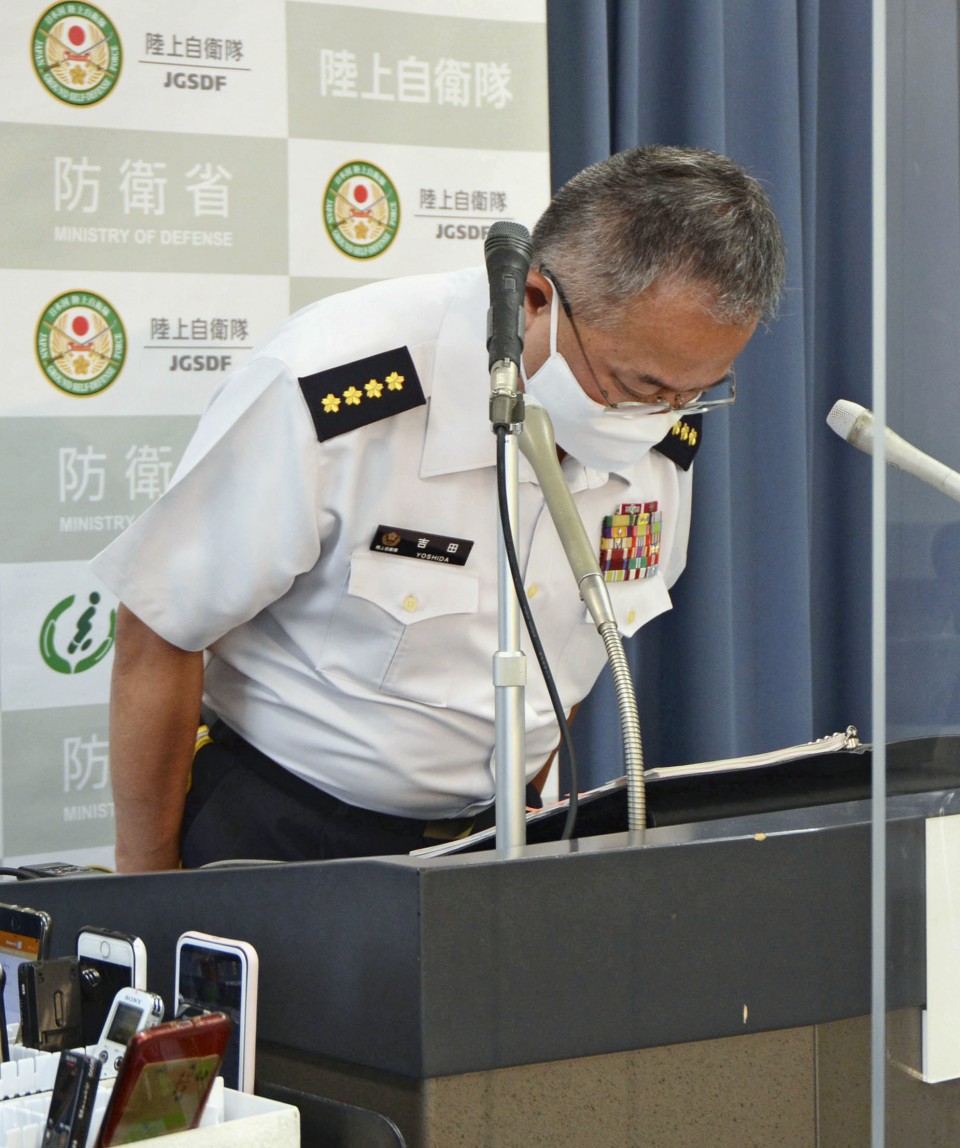 Gen. Yoshihide Yoshida, the Ground Self-Defense Force chief of staff, bows in apology at a press conference in Tokyo on Sept. 29, 2022. (Kyodo)

Some SDF members who had initially denied involvement later admitted to their actions during the probe, according to the ministry, but Yoshida said they had "lacked any sense of guilt."

"It's come far too late," Gonoi responded in tears. "I hope fundamental changes are made so nothing like this ever happens again."

According to the ministry, the commander of Gonoi's unit received a complaint from her after an incident in August last year, but failed to report it to his superior.

Gonoi had also been told to keep quiet about the incident, but the case was reopened this month after the Koriyama Committee for the Inquest of Prosecution decided to challenge a decision not to prosecute the three suspects on charges of indecent assault.

Gonoi belonged to a unit at Camp Koriyama in Fukushima Prefecture. The probe found that several other female members of the unit had also been sexually harassed.

The Defense Ministry is also conducting a special investigation into various forms of harassment, including abuse of power, covering all SDF units to determine whether appropriate measures are being taken.

The GSDF's Northeastern Army led a probe that began at the end of August last year, and investigators spoke with Gonoi several times while also interviewing around 100 members, according to the ministry.