The staff member at the Nishinihon International Education Institute in the southwestern city of Fukuoka was found to have restrained the student for several hours using a chain and padlock wrapped around his belt, according to the Immigration Services Agency of Japan. 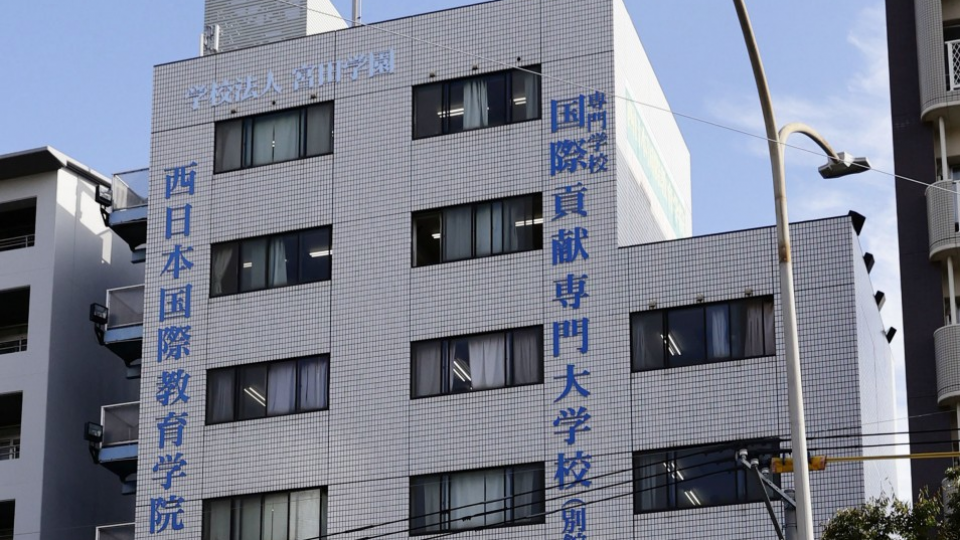 The building that hosts the Nishinihon International Education Institute in Fukuoka, Japan, is pictured on Sept. 7, 2022. (Kyodo)

The incident occurred following a disagreement between the school and the man in his 20s over his wish to change schools.

It is the first time the agency has removed a language school from its list of approved institutions since 2016 when stricter regulations were enforced.

With the school now unable to accept foreign students for five years, the agency plans to encourage the approximately 630 students currently enrolled there to transfer elsewhere.

The press officer of the school's operator said it is "currently fact-finding" the situation and could not comment further.

Even after returning to his dormitory, the Vietnamese man was barred from leaving his room.

The school employee who restrained the man stood guard outside his room until the next morning to prevent his escape.

The school has admitted to restraining the student but described the behavior by its staff member as "a prank without bad intentions." The staff member in question has already resigned.