Four-time Grand Slam winner Naomi Osaka of Japan withdrew from the Toray Pan Pacific Open ahead of her second-round match on Thursday. 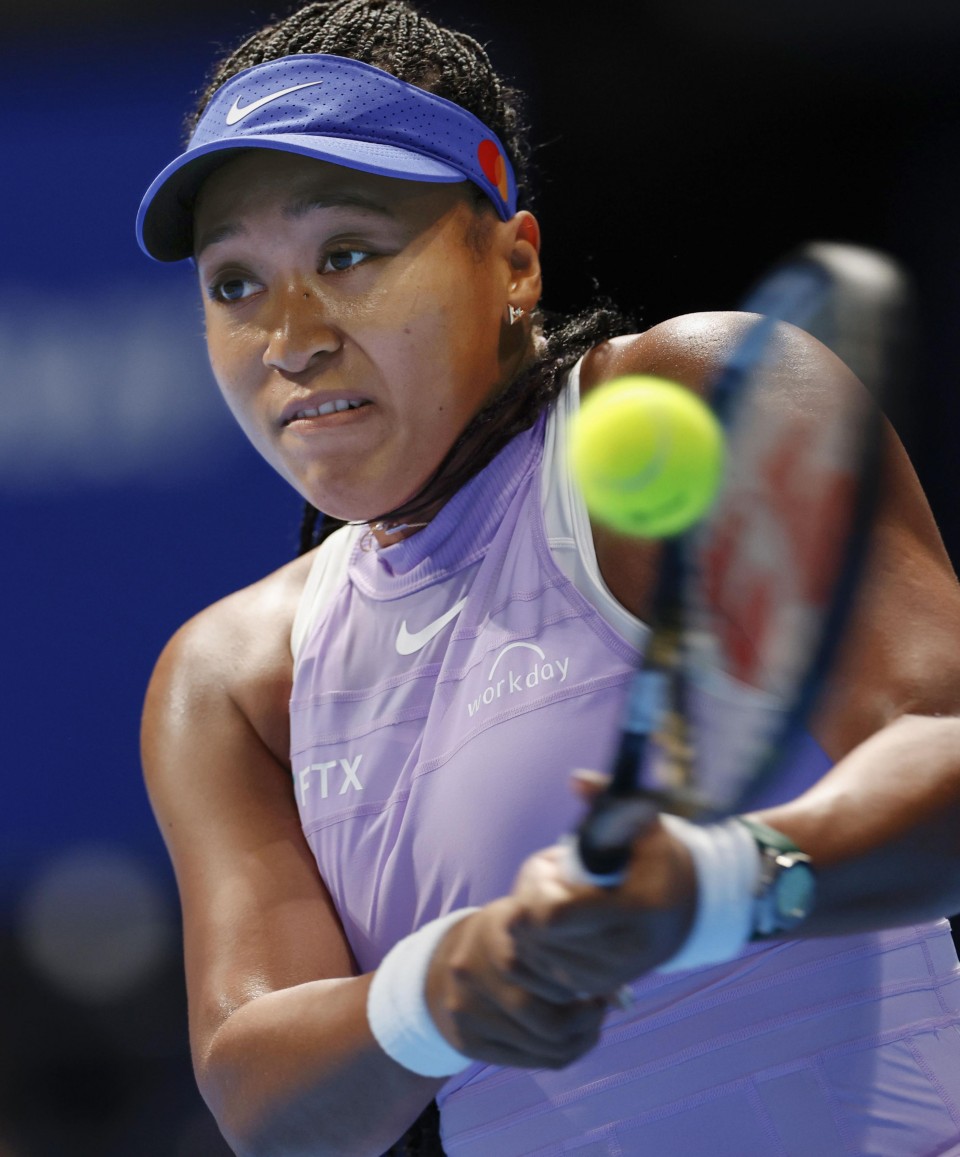 Naomi Osaka of Japan returns a shot to Daria Saville of Australia during their first-round match of the Toray Pan Pacific Open in Tokyo on Sept. 20, 2022. (Kyodo)

The defending champion from when the tournament was last held in 2019 prior to the pandemic cited abdominal pain for her withdrawal.

"It's an honor to be able to play ... in front of the amazing fans here in Japan," Osaka said in a statement. "This has and always will be a special tournament for me and I wish I could have stepped on court today, but my body won't let me."

With Osaka unable to play, Brazilian fifth seed Beatriz Haddad Maia advanced to the quarterfinals in a walkover, while sixth-seeded Czech Karolina Pliskova crashed out, losing 6-3, 6-4 to Croatia's Petra Martic.

Osaka had advanced from the first round when her opponent retired hurt in the second game of their match Tuesday at Ariake tennis park.