No signs have emerged that Japan can resolve the long-standing issue of North Korea's abductions of Japanese nationals, although Saturday marked the 20th anniversary of the signing of a landmark agreement between the two Asian countries.

For the past two decades, North Korea has accelerated nuclear and ballistic missile development, while boosting relations with its powerful neighbors China and Russia, which have apparently supplied Pyongyang with military technologies and resources.

The United States and South Korea remain technically in a state of war with the North given that the 1950-1953 Korean War ended in an armistice, not a peace treaty, but they held bilateral summits with Pyongyang for two years through early 2019, respectively.

Japan, meanwhile, has been ignored by North Korea as the nation was overtaken by China as the world's second-biggest economy in 2010. 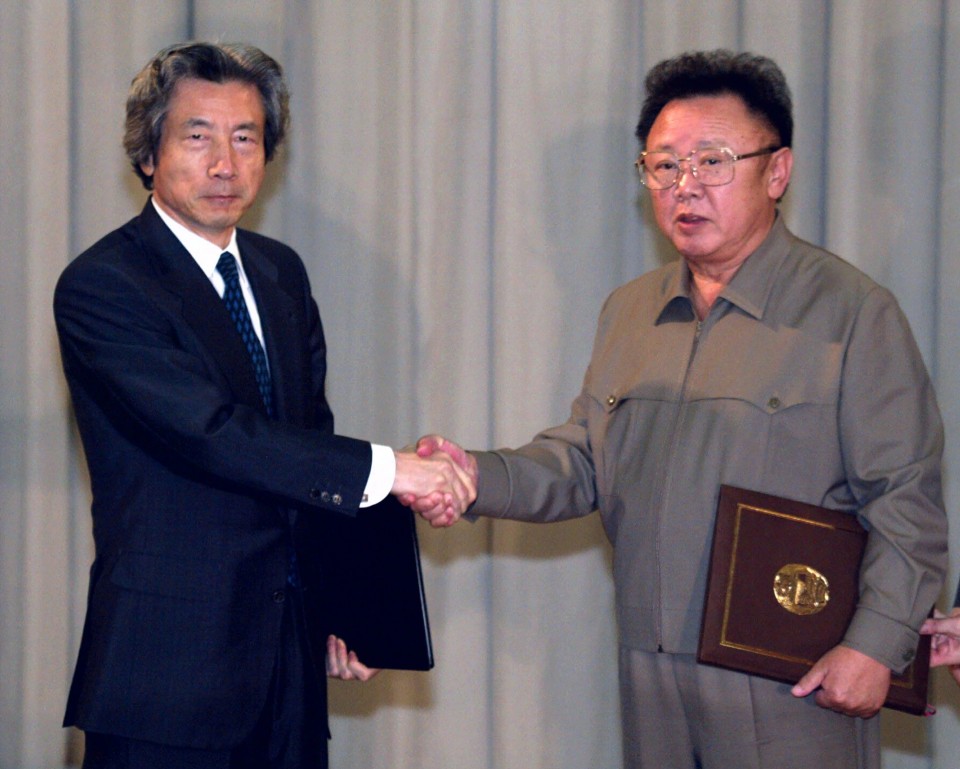 A diplomatic source, however, said, "North Korea has no intention to interact with Japan" as it "no longer hopes for financial aid" from Tokyo, with China's economy growing. North Korea depends on China for over 90 percent of its trade.

"Rather, North Korea has become more hostile to Japan as it has deepened ties with China, Pyongyang's most influential ally, and Russia to tackle" the post-Cold War international order dominated by Western countries, especially the United States, the source said.

"North Korea has become reluctant to resume direct negotiations with the United States. Japan is a very close U.S. security ally. Tokyo has lost a chance to resolve the issue" of Pyongyang's abductions of Japanese nationals in the 1970s and 1980s, he added.

U.S.-North Korea talks over denuclearization and sanctions relief have been in a stalemate for around three years.

Since its founding in 1948, North Korea has kept up stern rhetoric on Japan to promote propaganda of the communists in the nation, while demanding Tokyo pay post-World War II compensation. Japan colonized Korea from 1910 through the end of the war in 1945.

Under the Pyongyang Declaration, the two Asian countries agreed to make "every possible effort for an early normalization of the relations" and Japan pledged to extend economic cooperation to North Korea after ties are normalized.

Koizumi also drew North Korea's first formal apology for the abductions and five abductees were brought back to Japan, while Tokyo has been seeking the return of 12 others whom it has officially recognized as having been abducted by Pyongyang.

North Korea has told Japan that eight of them, including the iconic abductee Megumi Yokota, have died and the rest never entered the nation.

After Koizumi revisited Pyongyang in 2004, North Korea handed over to Japan cremated remains it claims to be those of Yokota, but they were later proven through DNA analysis not to be those of her.

With negotiations stalled between Tokyo and Pyongyang, Abe, who was premier for about one year from 2006, staged a comeback as Japan's top political leader in 2012. He had accompanied Koizumi to North Korea as a deputy chief Cabinet secretary in 2002.

Abe, Japan's longest-serving prime minister, adopted a tough posture against North Korea, while the nuclear-armed country began to insist the abduction issue has been "already resolved."

In 2014, the Japanese government under Abe, who was fatally shot during an election campaign speech in July this year, reached an accord with North Korea on principles for talks toward the settlement of the abduction issue.

Japan relaxed its sanctions on Pyongyang, which in turn promised a full-scale investigation into it.

But North Korea repeatedly postponed reporting the survey results. The nation then disbanded its investigation team and suspended the probe after Japan imposed additional sanctions in 2016 in reaction to Pyongyang's nuclear and missile tests.

In 2017, North Korea launched what it said was its "most powerful" intercontinental ballistic missile, capable of delivering a nuclear warhead anywhere in the continental United States, after carrying out its sixth nuclear test that year.

As Kim Jong Un declared the completion of "the state nuclear force," Abe joined hands with other countries to bolster sanctions against North Korea, which is banned from firing ballistic missiles and conducting nuclear tests under U.N. Security Council resolutions.

"Such a move by Abe has definitely prompted North Korea to take a hard-line position against Japan," another diplomatic source said.

In 2019, Song Il Ho, North Korea's top negotiator on normalizing relations with Japan, censured Abe as "rude and immoral," saying in a statement that he "would be well-advised not to dream forever of crossing the threshold of Pyongyang."

Even after Abe, a conservative politician known for his hawkish views on security, stepped down as premier in 2020, North Korea has reiterated bilateral ties would deteriorate further unless Tokyo changes its stance on the abduction issue.

Moreover, Kim Jong Un has been unwilling to restart talks with the Western bloc that has become more vigilant against China and Russia -- traditionally friendly nations of North Korea, whose economy has been dragged down by the novel coronavirus pandemic.

Since the COVID-19 outbreak raged in early 2020, "North Korea has largely shut itself off from the world and limited access to the border," said Troy Stangarone, a senior director at the Korea Economic Institute in Washington.

"In conjunction with North Korea's desire to improve relations with Russia and China, it is not surprising" that Pyongyang has "declined the prospect of a meeting" with Japan, he said.

Young-Key Kim-Renaud, a professor emeritus at the George Washington University in the U.S. capital, said, "The whole world, including Japan, should try to reassure North Korea that other countries have no intention to demolish" the nation.