Japan and Ecuador finished their World Cup warm-up match in Dusseldorf without a goal Tuesday after both sides spurned chances to win.

The friendly at Dusseldorf-Arena was Japan's last international before the selection of the 26-man Samurai Blue squad for the Nov. 20 to Dec. 18 World Cup in Qatar. 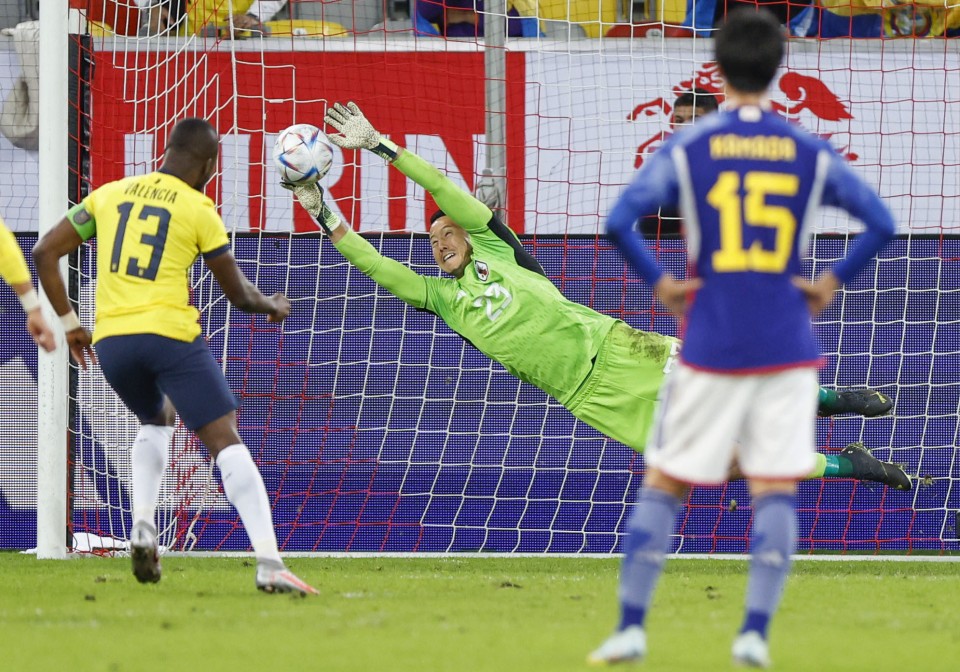 Japan goalkeeper Daniel Schmidt saves a penalty from Enner Valencia (13) of Ecuador during the second half of an international friendly in Dusseldorf, Germany, on Sept. 27, 2022. (Kyodo)

Goalkeeper Daniel Schmidt staked a strong claim to Japan's No. 1 jersey with a number of key saves, including an 83rd-minute penalty kick from Enner Valencia.

The Sint-Truiden shot stopper dived to his right to keep Japan level after Shogo Taniguchi conceded the penalty with a clumsy challenge at the edge of the area.

Manager Hajime Moriyasu overhauled the lineup that comfortably beat the United States 2-0 at the same ground Friday, starting Celtic's Kyogo Furuhashi up front and bringing Kaoru Mitoma into the XI following his late goal off the bench against the Americans.

World No. 44 Ecuador repeatedly put the Japanese defense under pressure with speedy counterattacks from deep inside their own half.

No. 24 Japan had a narrow escape before the break when Romario Ibarra's shot skidded into the post, while Schmidt cleared desperately off the line from a set piece on the stroke of halftime.

Furuhashi missed a golden opportunity to take the lead late in the opening half, shooting tamely at keeper Hernan Galindez after the Ecuador defense gave away the ball in front of goal.

Cercle Brugge forward Ayase Ueda, who relieved Furuhashi at the break, came close with a header off a cross from fellow substitute Yuki Soma midway through the second half.

Ueda wasted a chance in the 79th minute when he headed straight to Galindez after the keeper saved an attempt from Ritsu Doan.

Moriyasu praised his side for their effort despite the lack of a finishing touch.

"We were persistent from the first half and battled patiently to play the game at our own pace," Moriyasu said. "The players did their best to win a difficult match."

The Samurai Blue will play Canada on Nov. 17 in the United Arab Emirates in their final friendly before facing Germany, Costa Rica and Spain in a tough World Cup Group E. 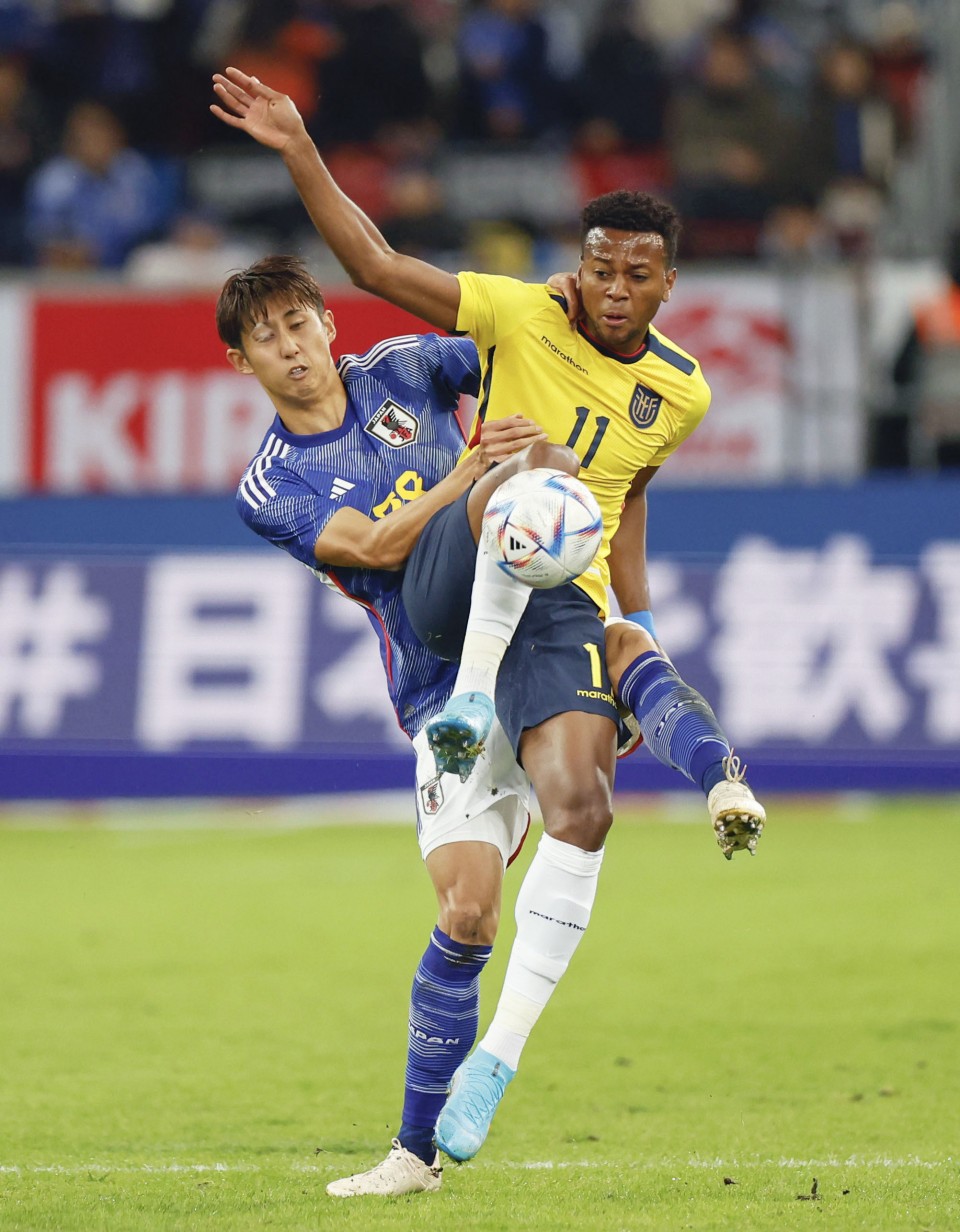 Michael Estrada (11) of Ecuador and Hiroki Ito of Japan tussle for the ball during the first half an international friendly in Dusseldorf, Germany,  on Sept. 27, 2022. (Kyodo)