A veteran Liberal Democratic Party lawmaker who served as minister in charge when the Unification Church was allowed to change its name to the current name said Thursday he now feels responsible for letting that happen.

Hakubun Shimomura was education minister in the government of slain Prime Minister Shinzo Abe when the Cultural Affairs Agency, an education ministry arm, approved in 2015 the name change for the group, which has long been known for problematic practices. 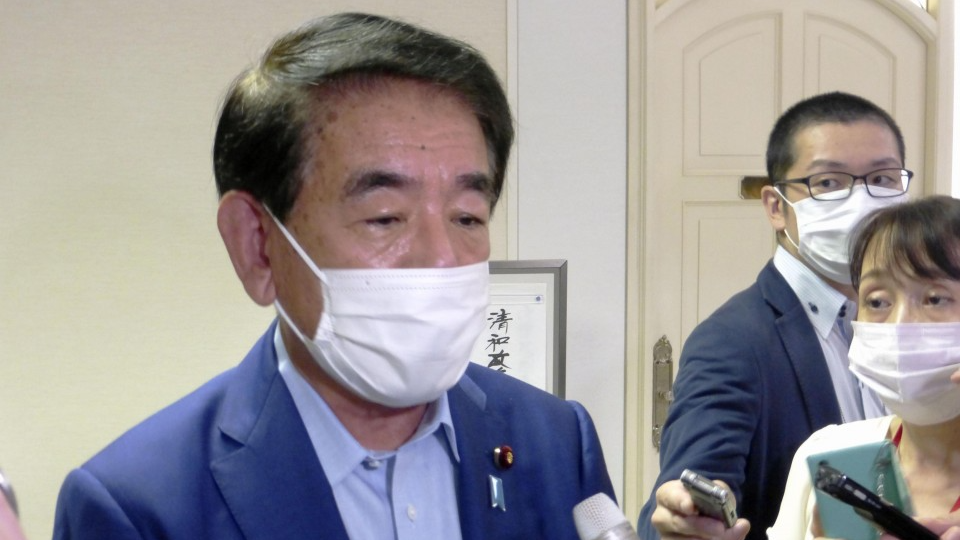 The church has grabbed headlines since Abe's assassination in early July as his assailant allegedly targeted him believing the longest-serving prime minister had ties to it. The suspect is known to have had a grudge against the group.

"While I didn't directly give instructions (to approve the name change), I now feel responsible," Shimomura told reporters, adding that he will "cut all relationships" with the church, including its affiliates.

Shimomura has come under political pressure over how the church was allowed to be renamed the Family Federation for World Peace and Unification, with the opposition saying the change left the group's existence unclear to many people.

The former chairman of the LDP Policy Research Council had denied being involved in the name change and responsibility over the episode, though he admitted to being briefed by a subordinate on the application from the group for a name change.

Shimomura has however disclosed that he had in 2016 received 60,000 yen ($450) as a donation from Sekai Nippo, a publication known to have close ties to the Unification Church.

Upon request from an opposition lawmaker, the agency recently disclosed an internal document that approved the name change in 2015, but the part describing the grounds for the approval was all blotted out.

Shimomura denied playing a role in the non-disclosure, saying, "I asked the Cultural Affairs Agency to disclose it, but I was told they can't."

The agency has said the non-disclosure was "out of concern that a religious organization's fair benefits could be harmed."

The church has been accused of talking people into buying expensive items, often seals, through the citing of "bad karma" created by their ancestors. It is also being criticized for collecting huge donations from followers to the point that their family finances are ruined.