Hinako Shibuno was left frustrated after missing a playoff at the Women's British Open by one shot on Sunday, denying the 23-year-old Japanese a chance to win her second golf major.

After entering the final round at Muirfield five shots off the lead in second place, Shibuno carded an even-par 71 to finish the tournament at 9-under 275, one shot behind overnight leader Ashleigh Buhai of South Africa and South Korean Chun In Gee.

Tour veteran Buhai emerged victorious from a four-hole sudden-death playoff to win her first golf major, but Shibuno was left wondering what could have been. 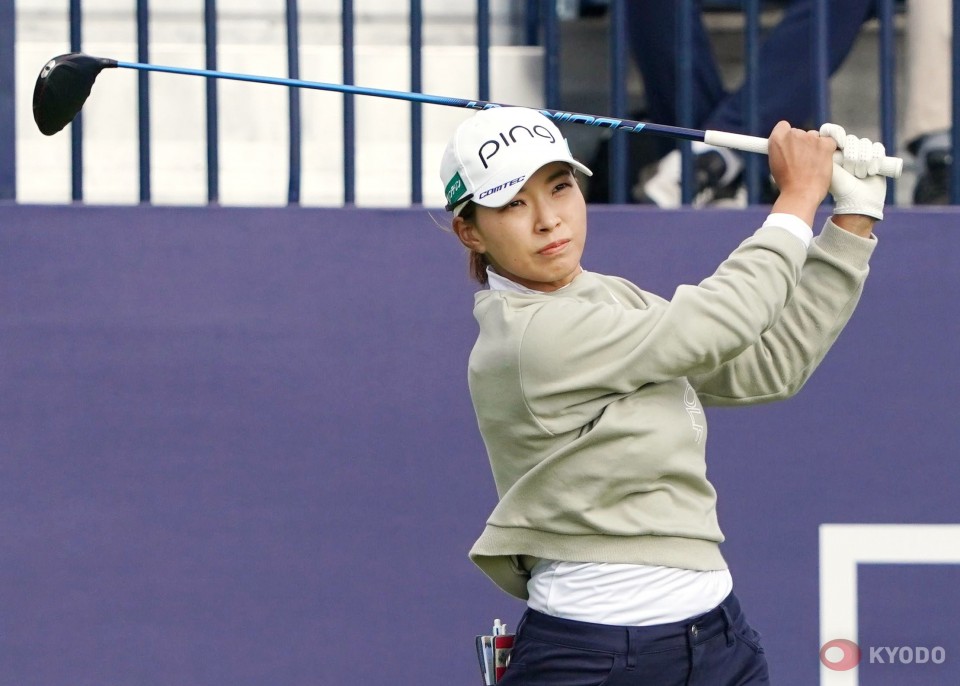 Hinako Shibuno of Japan hits off the first tee during the final round of the Women's British Open golf championship at Muirfield in Gullane, Scotland, on Aug. 7, 2022. (Kyodo) ==Kyodo

"I am both frustrated and happy to get a result like this on this difficult and wonderful course," Shibuno, the 2019 winner of the tournament, said.

"I felt that my golf game really changed depending on the mindset I had over the four days. I was great to get back to basics and play."

Shibuno had an eventful front nine that featured an eagle, two birdies and three bogeys but it was two missteps on the back nine that proved costly.

A double bogey on the 14th and a bogey on the 17th hurt her chances, as Buhai -- who shot 4-over on the day -- and Chun battled to the playoff.

Of the other Japanese, Nasa Hataoka carded a Sunday 68 to finish in a tie for seventh at 5-under while Miyuu Yamashita was one shot further back in 13th. Kotone Hori ended the tournament at 3-under and in 15th place.