Yutaro Suda scored 20 points and Yudai Baba added 19 for Japan in an 82-77 victory over Iran in the first of two international friendlies at Xebio Arena Sendai on Saturday.

Playing without NBA forwards Rui Hachimura and Yuta Watanabe, Tom Hovasse's new-look Japan side avenged an 88-76 loss to Iran in the group stage of the FIBA Asia Cup in Indonesia last month.

The Akatsuki Five led at every break but had to withstand a torrid second half against an Iranian outfit that turned up the intensity after trailing 33-24 at halftime. 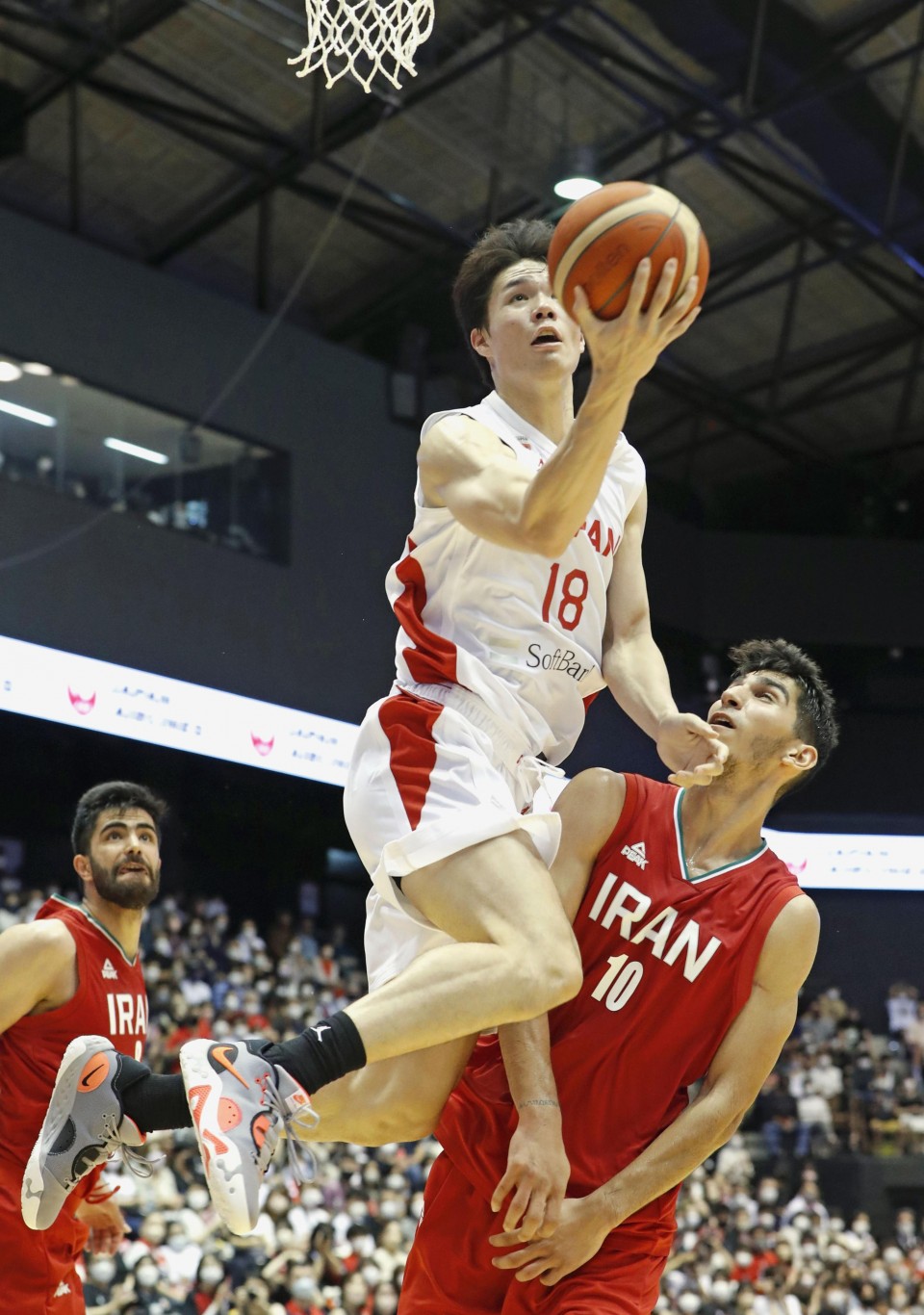 Japan guard Yudai Baba drives to the basket in the second quarter of an international friendly against Iran at Xebio Arena Sendai on Aug. 13, 2022. Japan won 82-77. (Kyodo)

"We have a lot of new members and it still isn't perfect, but everyone is trying hard," said Hovasse, whose team exited the Asia Cup with a quarterfinal loss to eventual champion Australia.

"Our goal has been to make gradual improvements since the Asia Cup, and I think this was a pretty good effort."

Three-time Asia Cup champion Iran closed to within a single possession late in the final quarter, but Japan hit a succession of clutch baskets to stay in front, including a Soichiro Inoue three that made it 80-74 with 1:19 remaining.

Swingman Mohammad Jamshidi led the way for the visitors, contributing a game-high 26 points.

The teams meet again at the same venue on Sunday.