U.S. House Speaker Nancy Pelosi defied China's warnings and arrived in Taiwan on Tuesday night for a meeting with President Tsai Ing-wen the following day, triggering immediate backlash from Beijing, which regards the self-ruled island as its own.

A plane carrying Pelosi, the first holder of the powerful congressional post to visit Taiwan since Newt Gingrich in 1997, touched down at the Taipei Songshan Airport late Tuesday amid heightening cross-strait tension.

She is the third highest-ranking U.S. official after President Joe Biden and Vice President Kamala Harris. 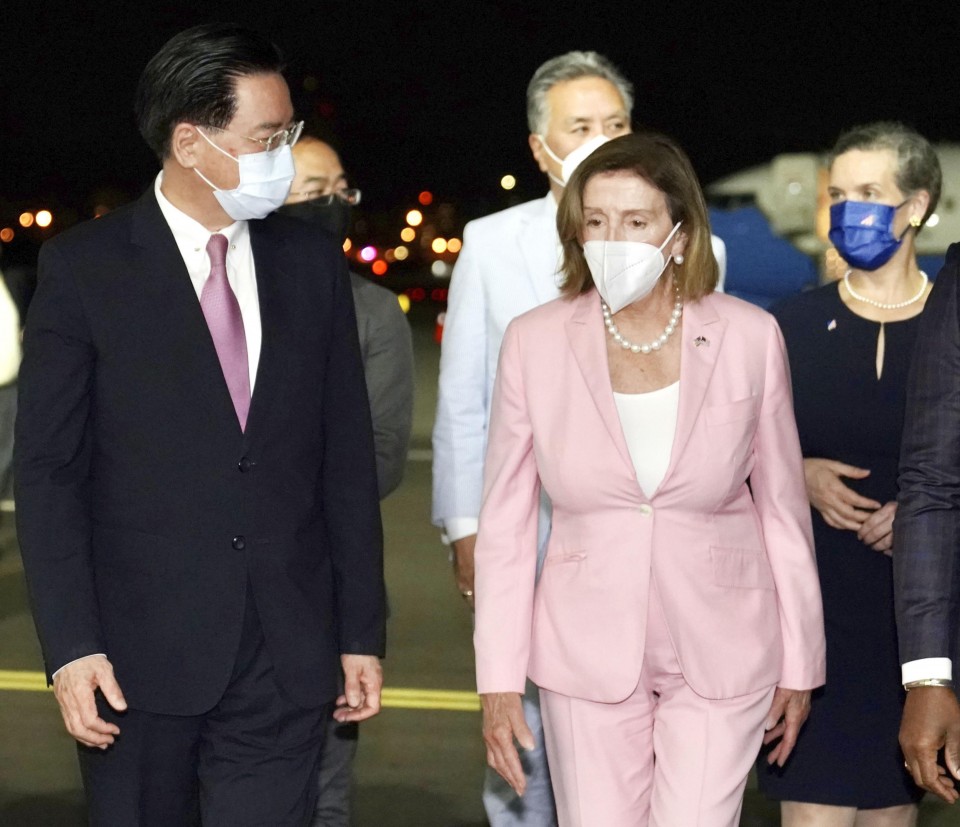 A U.S. congressional delegation led by Pelosi said in a statement its visit to the island "honors America's unwavering commitment to supporting Taiwan's vibrant democracy."

In response to her arrival, the Chinese Foreign Ministry said Tuesday night it has "made serious demarche and strong protest to the United States," according to the official Xinhua News Agency. 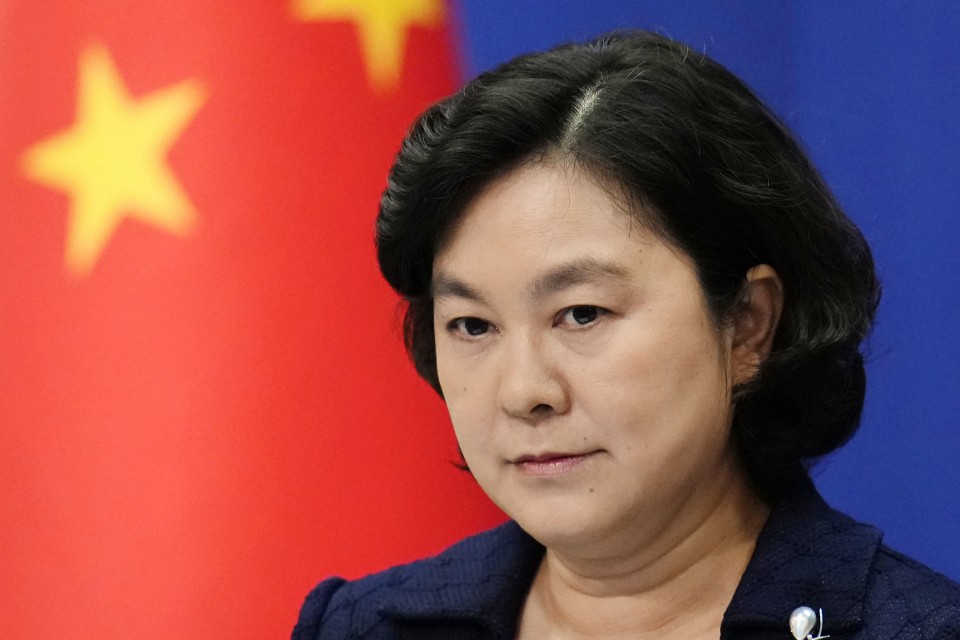 In Washington later Tuesday, White House National Security Council spokesman John Kirby said the United States does not want to see Pelosi's visit spiral into a crisis with China, asserting there is no reason for Beijing to make it a source of conflict.

Tensions are running high across the Taiwan Strait, with Chinese state media saying that the country's Su-35 fighter jets are crossing the strait and that the Chinese military is conducting drills including conventional missile test launches around the island.

Beijing has repeatedly warned that its military "will never sit idly by" in response to such a visit and vowed to take "strong and resolute measures" to ensure its sovereignty and security interests.

In addition to holding talks with Tsai, Pelosi will visit the region's parliament known as the Legislative Yuan as well as the National Human Rights Museum in Taipei before departing from the island at 5 p.m. Wednesday, according to Taiwanese media reports.

Ahead of Pelosi's visit to Taiwan, Chinese Foreign Minister Wang Yi lambasted the United States as the "biggest destroyer of peace today."

Chinese Foreign Ministry spokeswoman Hua Chunying also blamed Washington for "making provocations which have led to the escalation of tensions in the Taiwan Strait" and urged it to take responsibility for all serious consequences.

Taiwan is the third leg of an Asia tour for the congressional delegation after Singapore and Malaysia, with Pelosi and other members also visiting South Korea and Japan later. The island was not included in the group's official itinerary. 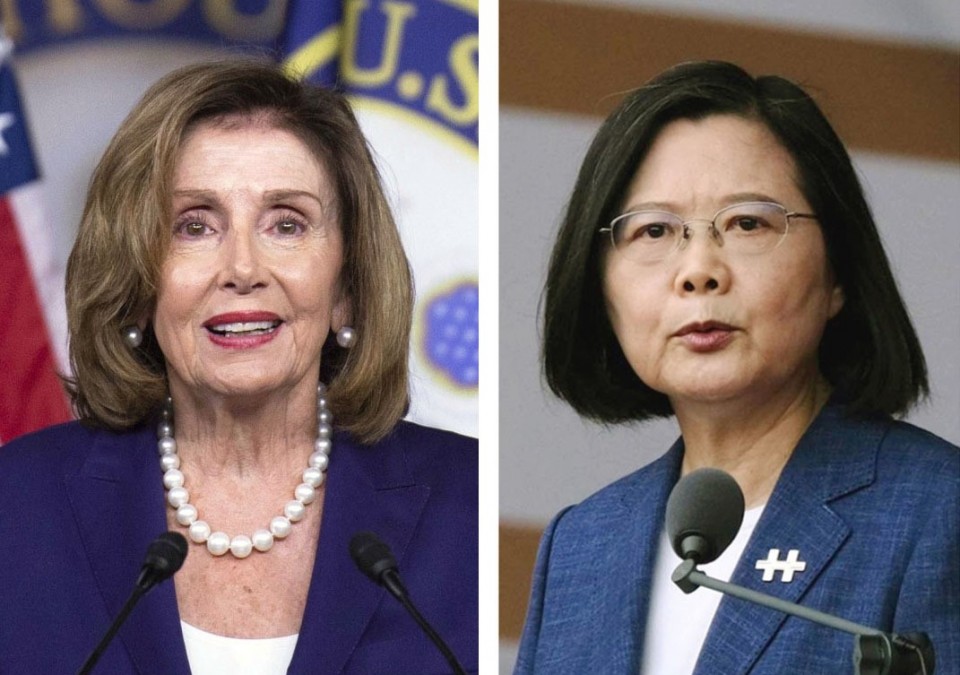 Kirby told a press conference that Pelosi's visit is consistent with the long-standing U.S. policy on the island, emphasizing that the United States opposes any unilateral changes to the status quo and does not support Taiwan's independence.

"No reason for China to take what is a perfectly legitimate and consistent travel by the speaker of the House and turn it into some pretext for amping up the tensions or creating some sort of crisis or conflict," Kirby said. "There's just simply no reason for that."

Pelosi had originally planned to visit Taiwan in April, but the trip was postponed after she tested positive for COVID-19.

Her visit came days after bilateral phone talks last Thursday in which Chinese President Xi Jinping warned Biden not to question the "strong will" of the 1.4 billion people of China regarding the Taiwan issue.

The United States switched its diplomatic recognition from Taipei to Beijing in 1979, but it has maintained unofficial relations with Taiwan and supplies it with defensive weapons under an act passed by the U.S. Congress that same year.

U.S. reiterates "strategic ambiguity" over Taiwan has not changed