Hideki Matsuyama carded an even-par 70 in Sunday's ultimate round of the season-ending Tour Championship, tying for 11th in the FedEx Cup finale won for a record third time by Rory McIlroy.

Matsuyama started the last round at Atlanta's East Lake Golf Club in eighth place after shooting the equal-lowest third-round score of 63. 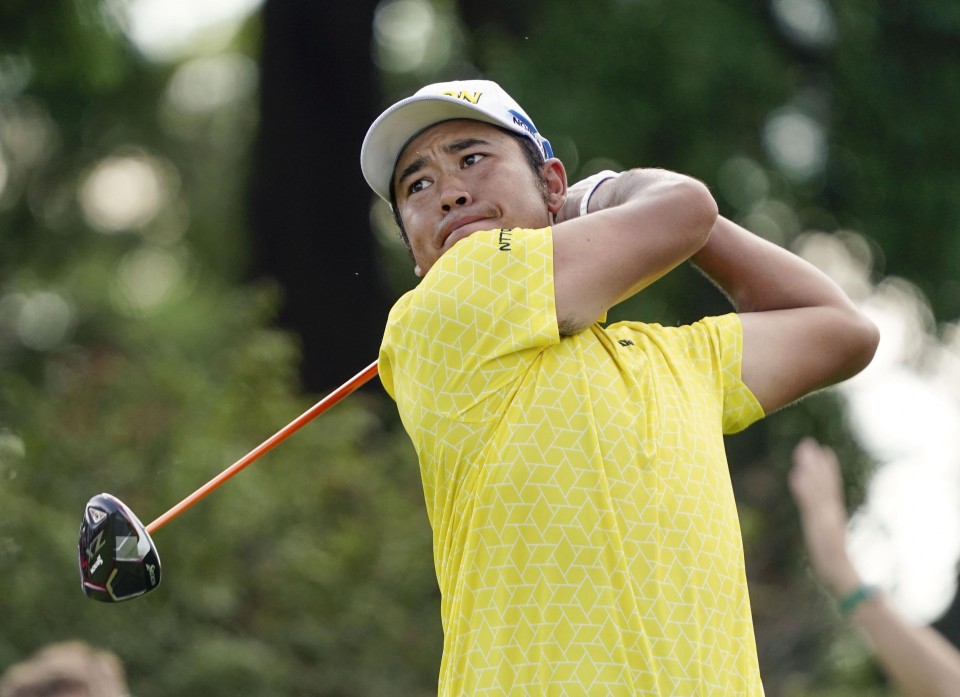 Hideki Matsuyama of Japan hits off the 18th tee during the final round of the Tour Championship at East Lake Golf Club in Atlanta, Georgia, on Aug. 28, 2022. (Kyodo) ==Kyodo

He shot three birdies and three bogeys to finish at 13-under for the tournament and collect $925,000 from the record $75 million prize pool, of which Northern Irishman McIlroy will receive $18 million.

"I didn't feel too bad, but I didn't play my shots or putts very well," said Matsuyama, who has battled neck and wrist injuries among several health issues this season.

"I was really happy to be able to play (without pain) for the four days, and it feels like the year is now over. I won championships, but it was a season full of injuries."

McIlroy overturned a six-stroke deficit in the final round to finish one shot ahead of South Korea's Im Sung Jae and overnight leader Scottie Scheffler of the United States.

A lightning storm interrupted play on Saturday, forcing several players at the top end of the leaderboard to finish their third round early on Sunday.

Open to the PGA's top 30, the season-ending championship event saw players tee off with an advantage from 10 strokes to zero based on their FedEx Cup points ranking.

Matsuyama, who won twice this season at the Zozo Championship and the Sony Open in Hawaii, was among five golfers who began at 3-under, seven strokes behind points leader Scheffler.

The Associated Press reported Sunday that Matsuyama will stay on the PGA Tour next season following speculation that he could defect to the breakaway LIV Golf Series.

Matsuyama had previously spoken positively of the big-money rival tour, which is backed by the Saudi Arabian sovereign wealth fund, but said he would not take part while participants remained subject to suspension from the U.S. tour.

Golf: Hideki Matsuyama 7 shots back at BMW C'ship after even-par 71