Hinako Shibuno battled back into contention Saturday at the Women's British Open and heads into the final round in second place, five strokes behind leader Ashleigh Buhai of South Africa.

Shibuno, who won the Women's British Open in 2019 in her major championship debut, came into the third round in seventh place, but the 23-year-old Japanese's six-birdie, single-bogey 66 at Muirfield put her in position to make a run at a second major title. 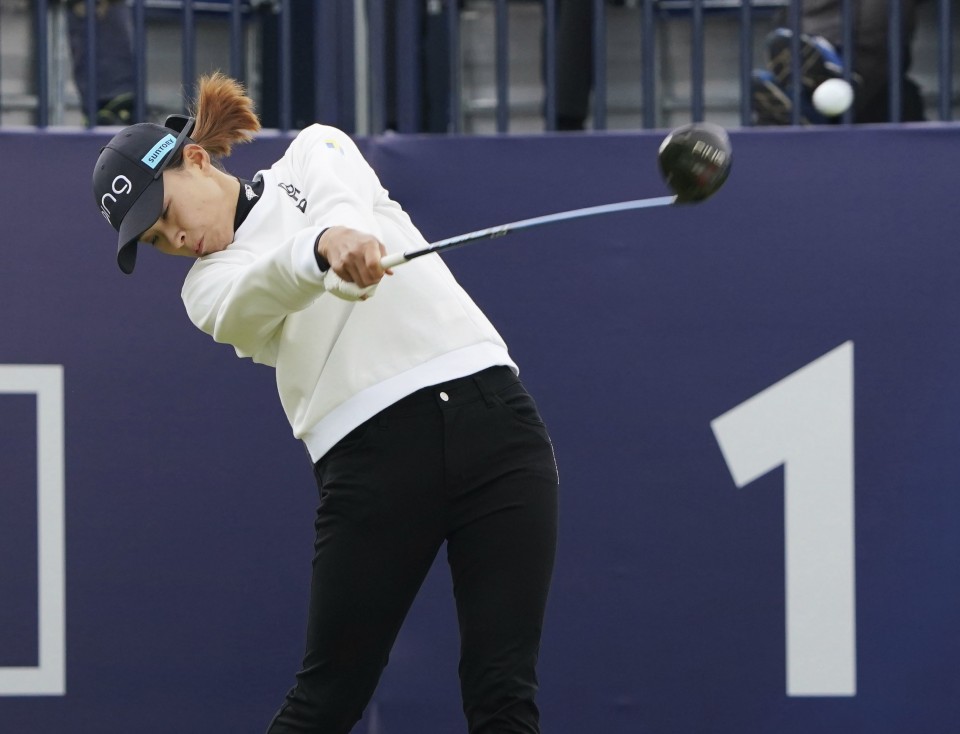 Hinako Shibuno of Japan hits off the first tee during the third round of the Women's British Open golf championship at Muirfield in Gullane, Scotland, on Aug. 6, 2022. (Kyodo) ==Kyodo

Buhai tore the course to shreds with a third-round 64 that included a bogey on the last hole to finish at 14-under for the tournament. The 33-year-old has 12 career top 10s on the LPGA, no victories and is currently ranked 84th in the world. 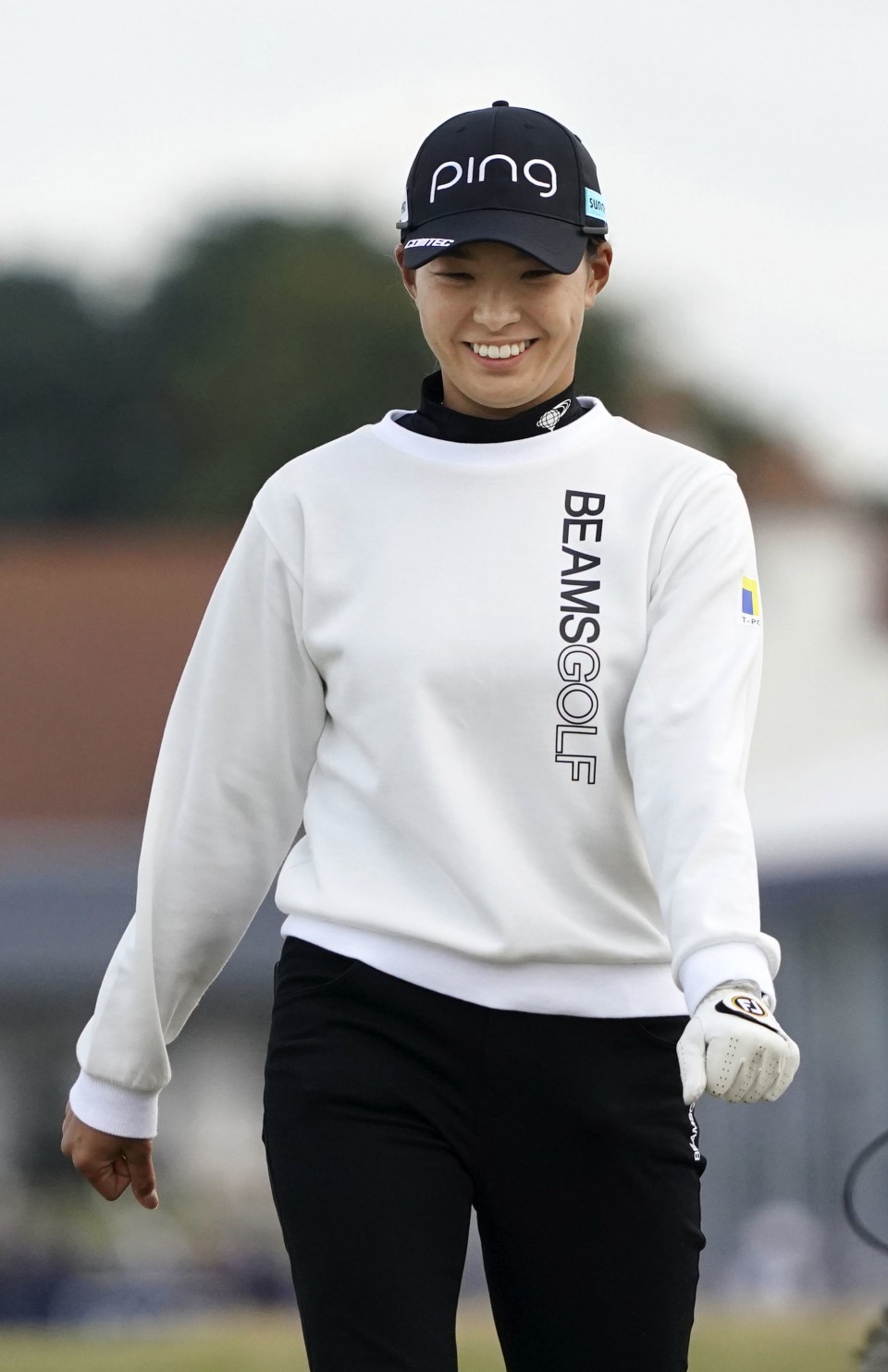 Hinako Shibuno of Japan smiles on the 18th hole during the third round of the Women's British Open golf championship at Muirfield in Gullane, Scotland, on Aug. 6, 2022. (Kyodo) ==Kyodo

Shibuno has had an up-and-down tournament at the first Women's British Open ever held at the iconic Muirfield in Scotland. She led the field after shooting a 65 on Thursday but could only muster a 2-over 73 on Day 2, sending her sliding down the leaderboard.

She rose to sudden fame in the summer of 2019 when she won the final major of the LPGA Tour year at Woburn, ending a 42-year Japanese drought in majors.

"Overall, I had good distance control and I was able to be solid when standing over my short putts," Shibuno said.

"This is so different from my recent form, I'm genuinely having fun playing golf. I just want to enjoy the final round and put everything I've learned onto the course," she said.

South Korea's Chun In Gee, winner of the Women's PGA Championship in June, shares second with Shibuno after carding a 1-under 70 on Saturday. Three of Chun's four LPGA titles are majors, and she is currently ranked 11th in the world.

Chun's countrywoman Park Inbee and Sweden's Madelene Sagstrom are tied for fourth on 7-under.

Miyuu Yamashita is another Japanese aiming for a Sunday charge. She is currently tied for sixth on 5-under with two others after an even-par round of 71 on Saturday.

Six-time LPGA winner Nasa Hataoka has a three-day total of 2-under 211 and sits in a tie for 19th while the other Japanese to make the cut, Kotone Hori, is a further shot back.