With the Angels out of the playoff race, speculation had intensified about a potential trade for the Japanese two-way standout who will become a free agent at the end of the 2023 season. 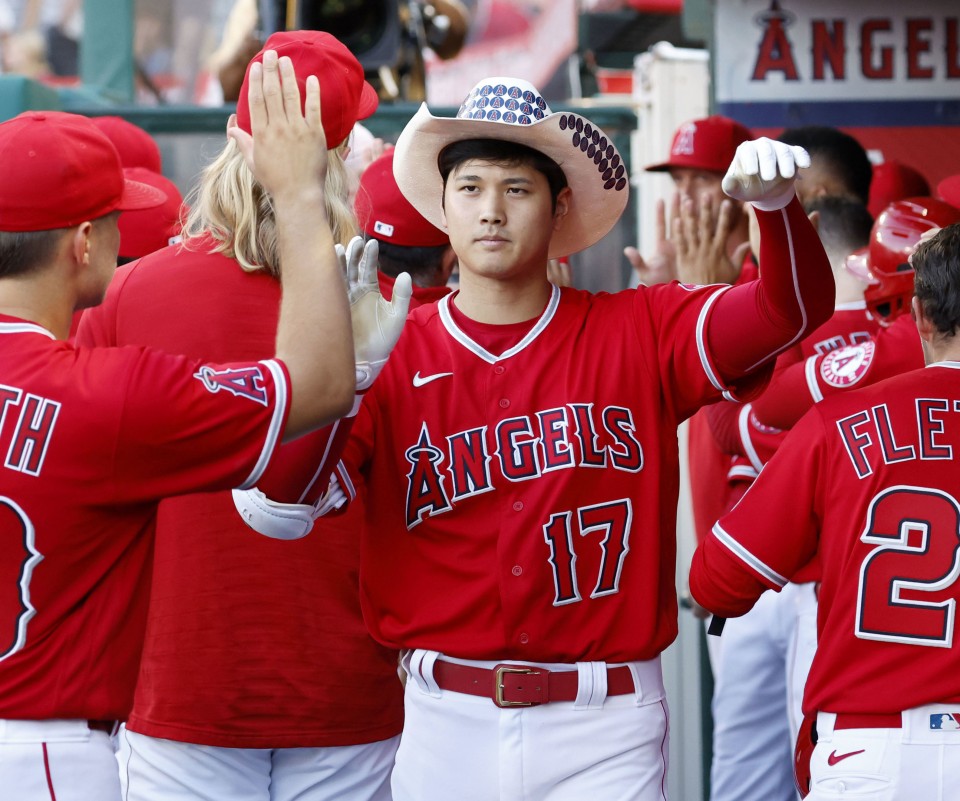 Shohei Ohtani (17) of the Los Angeles Angels high-fives with teammates after hitting a three-run home run in the third inning of a baseball game against the Texas Rangers on July 30, 2022, at Angel Stadium in Anaheim, California. (Kyodo) ==Kyodo

Although several clubs are believed to have tabled offers for the 28-year-old reigning American League MVP, Halos owner Arte Moreno has not entertained the idea of a trade, according to the Orange County Register.

Moreno is said to be reluctant to lose Ohtani at a time when fellow superstar Mike Trout and other key players remain sidelined by injury.

The New York Post reported the New York Yankees, Chicago White Sox and San Diego Padres are among the teams that pursued Ohtani in recent days.

Ohtani fueled talk of his potential departure from Angel Stadium before the MLB All-Star Game last month, when he told reporters he was uncertain about his playing future.

"To be honest, I'm not even sure what will happen in the future," he said. "More than my feelings, it depends on what the organization does. I won't worry about things that are out of my control."

Ohtani's status with the Angels is still likely to be an issue after this season, particularly if the club is unable to make a deal to keep him in Anaheim beyond 2023.

With 22 home runs and a 9-6 record on the hill, Ohtani will continue his bid to become the first player with double-digit home runs and wins as a pitcher in a single MLB season since all-time great Babe Ruth in 1918.