Shohei Ohtani had a two-run homer and four hits for the first time in three seasons as the Los Angeles Angels lost 11-7 against the Seattle Mariners on Wednesday.

The Japanese two-way star singled in the first inning and again in the fifth to plate a run that cut the deficit to 7-2. Ohtani tripled in another in the seventh to make it 9-4 before belting his 27th homer in the ninth off a Matthew Festa slider over Angel Stadium's center-field wall.

Ohtani hit for the cycle the last time he had four hits on June 13, 2019, but narrowly missed out on the feat this time as he went 4-for-5 with 4 RBIs. 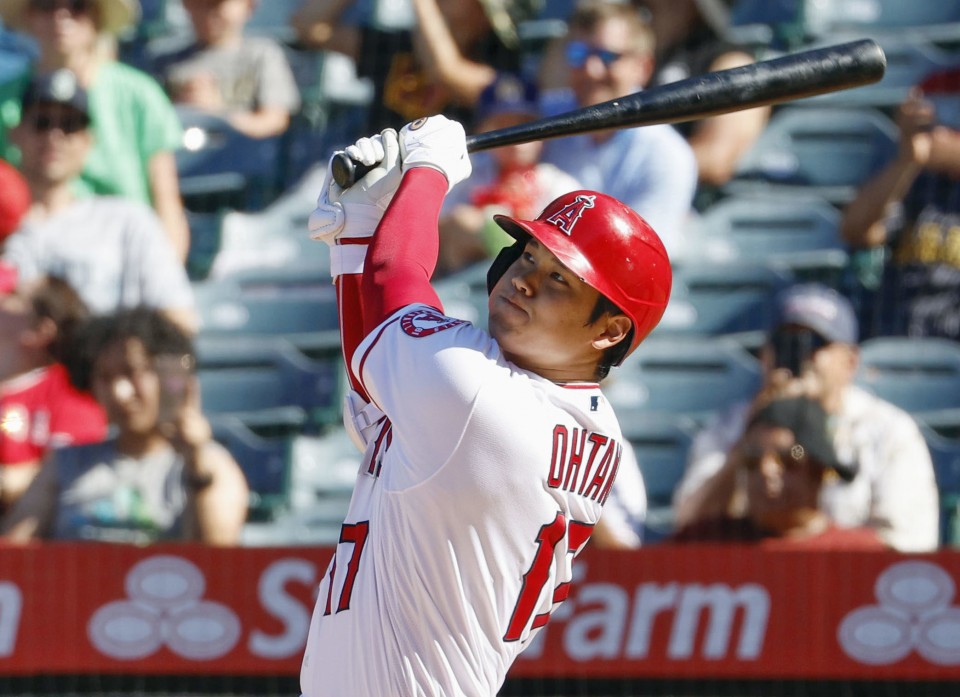 Shohei Ohtani of the Los Angeles Angels hits a two-run home run in the ninth inning of a baseball game against the Seattle Mariners at Angel Stadium in Anaheim, California, on Aug. 17, 2022. (Kyodo) ==Kyodo

Seiya Suzuki went 0-for-4 as the Chicago Cubs edged the Washington Nationals 3-2, while Hirokazu Sawamura threw two perfect innings of relief as the Boston Red Sox won 8-3 against the Pittsburgh Pirates.