The World Baseball Softball Confederation will employ the "Ohtani rule" for its international tournaments, allowing starting pitchers to remain in games as designated hitter after leaving the mound, a source familiar with the matter said Sunday.

The rule, first used as a novelty at last year's MLB All-Star game, was made official this season when the designated hitter rule was extended to both of MLB's major leagues. 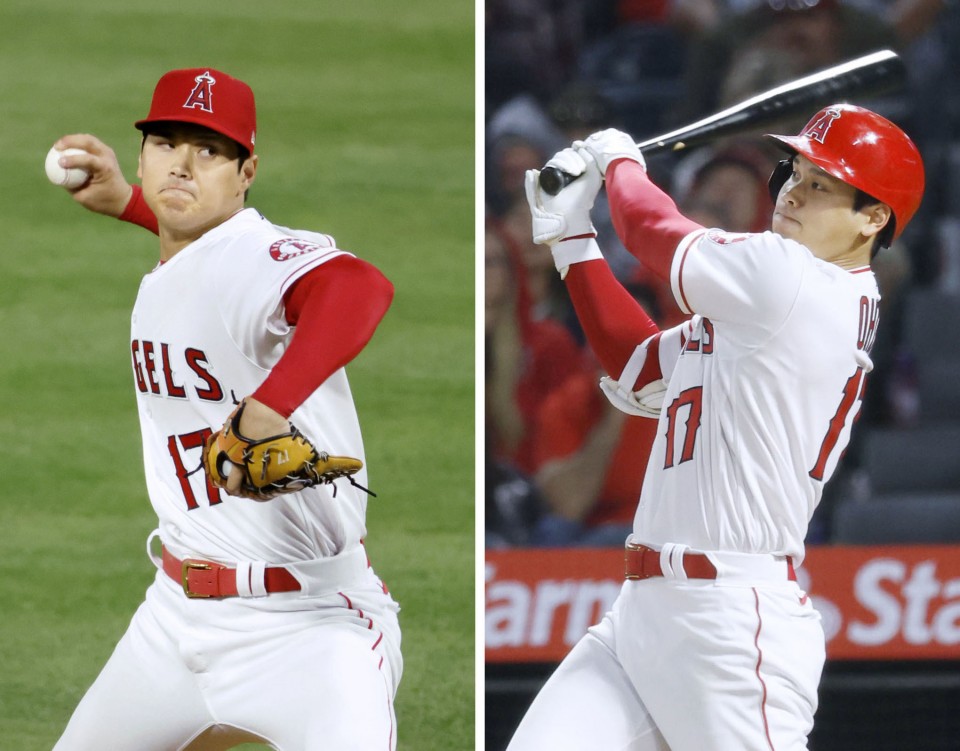 Combined photo shows Shohei Ohtani of the Los Angeles Angels pitching and hitting during a baseball game at Angel Stadium in Anaheim, California, on April 27, 2022. (Kyodo)

Prior to this year, American League pitchers only batted in games if their team abandoned their right to use a designated hitter. To make better use of Ohtani's potent bat, the Angels began playing without a designated hitter in his mound appearances.

After he finished pitching in those games, Ohtani would have to field another position in order to continue hitting, while the Angels' subsequent pitchers would be required to take a spot in the batting order.

The WBSC decision was made during its board meeting in June. The rule could see its first use starting this month with the under-12 World Cup in Taiwan.