Politicians and business leaders in Japan mourned the death of former Prime Minister Shinzo Abe on Friday after he was shot during a stump speech ahead of a national election this weekend.

Lawmakers from both ruling and opposition parties said violence is intolerable in any circumstance and expressed outrage over the incident. 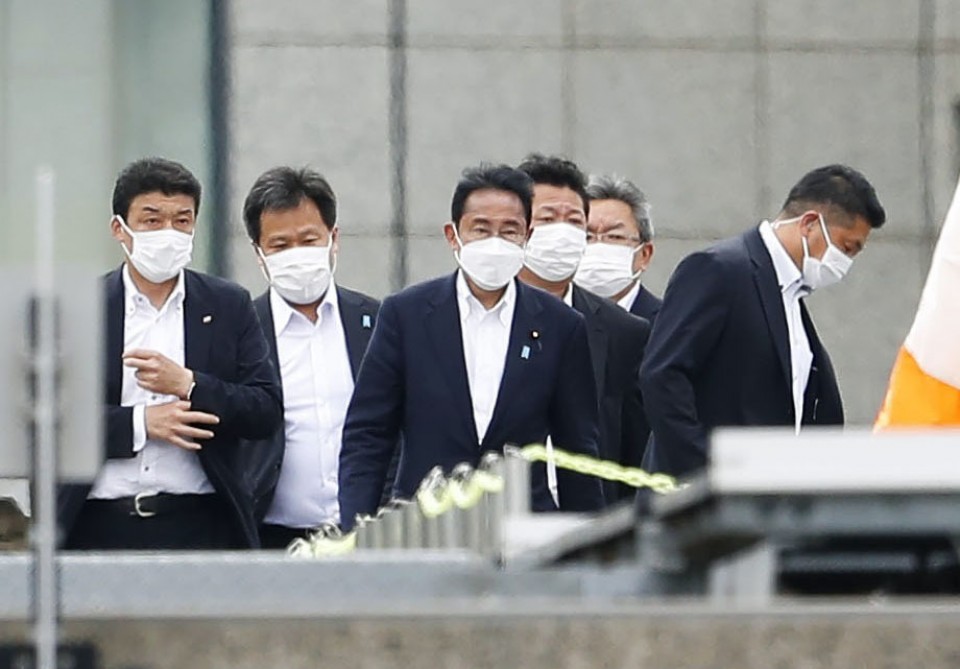 Japanese Prime Minister Fumio Kishida (3rd from L) returns to his office in Tokyo on July 8, 2022, after former Prime Minister Shinzo Abe was shot in Nara while delivering a stump speech for the July 10 House of Councillors election. (Kyodo) ==Kyodo

"I feel strong resentment with deep grief. The act of terrorism is a challenge to democracy" which guarantees freedom of speech, Toshimitsu Motegi, secretary general of the ruling Liberal Democratic Party, told reporters at the party headquarters after Abe's death was confirmed. Motegi assumed several ministerial posts in the Abe Cabinet.

Abe, shot by a gunman earlier in the day in Nara, western Japan, was rushed to a hospital and pronounced dead there, doctors from the hospital said.

"Although we had different political stances, he left significant marks in national politics of our country," said Kenta Izumi, leader of the main opposition Constitutional Democratic Party of Japan.

Business circles were also jolted, as many corporate leaders had close ties with the former prime minister, known for his "Abenomics" policy package that called for bold monetary easing by the Bank of Japan, generous fiscal spending and deregulation.

Masakazu Tokura, chairman of the Japan Business Federation, said the Abe government contributed to enhancing national security to "prepare the country for a severe international environment."

Akio Toyoda, head of the Japan Automobile Manufacturers Association, said Abe's strong leadership helped the country out of crisis events such as the 2008 global recession and the 2011 massive earthquake and tsunami in eastern Japan. Toyoda is also the chief executive officer of Toyota Motor Corp.

In the capital, some voters wondered about the impact on the House of Councillors election on Sunday.

"I'm wondering whether the upper house election will proceed as planned," said a 64-year-old man from the capital's Nerima Ward.

The ruling bloc including the LDP's coalition partner Komeito, the CDPJ and another opposition party, the Japan Innovation Party, suspended street speeches after the shooting but will resume speeches Saturday, the last day of campaigning.

Motegi said the resumption is intended to show their resolve to never give in to violence. 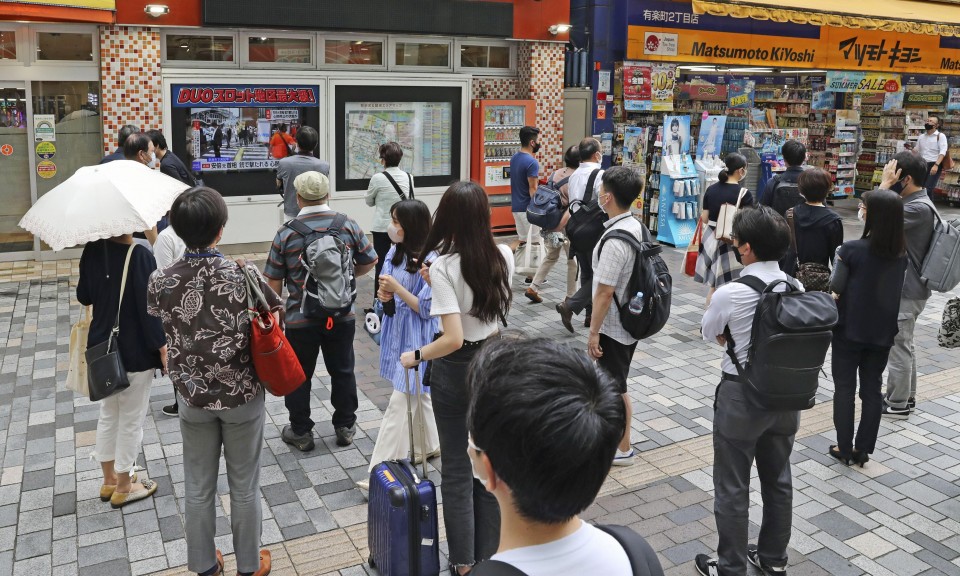 People look at a screen on a street in Tokyo's Yurakucho area on July 8, 2022, showing the news that former Japanese Prime Minister Shinzo Abe was shot earlier in the day.  (Kyodo)