North Korean leader Kim Jong Un said Wednesday his country is "fully prepared" to mobilize its nuclear deterrent and deal with "any military clash with the United States," while warning against any attempt by South Korea to launch a pre-emptive strike.

In a speech marking the 69th anniversary of the Korean War armistice, Kim said the South's bid to pre-emptively destroy the North's military power will be "immediately punished by a powerful force, and (President) Yoon Suk Yeol's regime and his army will be annihilated," the official Korean Central News Agency said Thursday.

In the speech, Kim did not touch on the prospects of North Korea carrying out a seventh nuclear test, or its first since 2017. Speculation has been growing that Pyongyang has completed preparations for the test. 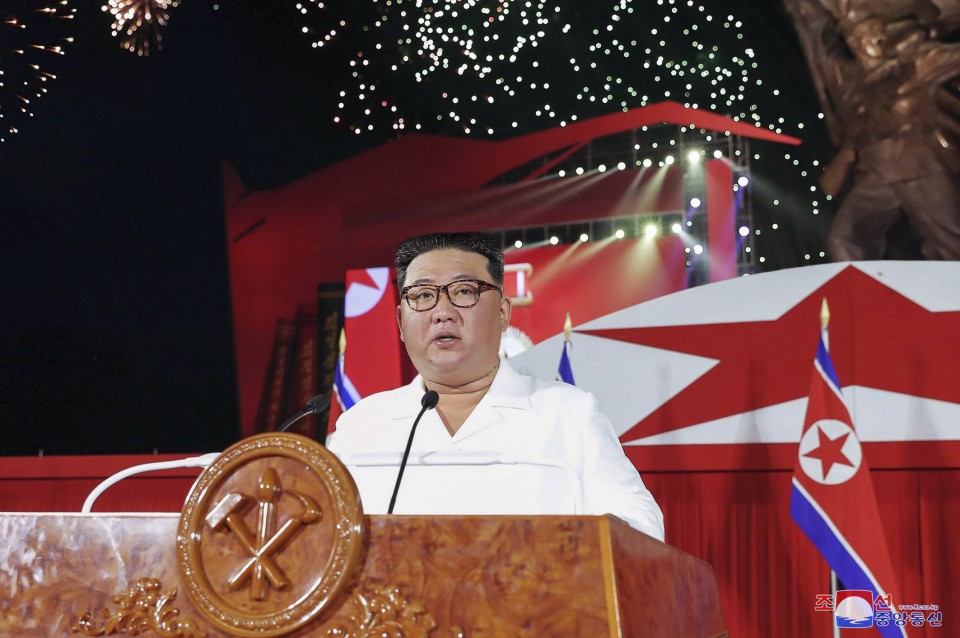 The report marked the first time that the North Korean leader has named South Korean leader Yoon, who took office in May. In marked contrast to his predecessor Moon Jae In, Yoon is known for taking a hard-line stance on North Korea.

Kim criticized Yoon and his "military thugs" for "dragging the situation on the Korean Peninsula to the brink of war by engaging in the heinous confrontational policy" that no other conservative South Korean administration has ever implemented.

He warned that if the South continues to "escalate military tensions while threatening our safety, there will be a corresponding price."

"The government is fully prepared to respond to any provocations from North Korea strongly and efficiently and will secure national defense and people's safety based on a firm South Korea-U.S. alliance," Kang In Sun, the presidential spokeswoman, said in a briefing.

She added that the government would like to urge North Korea to come to the table for dialogue for practical steps toward denuclearization and settlement of peace.

Kim also criticized the U.S. "imperialists" and said if Washington "continues to seriously infringe on our safety and fundamental interests, it will inevitably face greater anxiety and crisis."

Since the beginning of this year, Pyongyang has repeatedly conducted ballistic missile tests. In March, the North launched its first intercontinental ballistic missile since November 2017, marking an end to its self-imposed moratorium on such firings that dated back to April 2018.

The United States and North Korea remain technically in a state of war as the 1950-1953 Korean War, in which U.S.-led United Nations forces fought alongside the South against the North supported by China and the Soviet Union, ended in an armistice, not a peace treaty.