Japanese and Ukraine ballet dancers performed in a charity event to raise funds for Ukraine's national dance troupe amid Russia's invasion of the Eastern European country.

"Ballet Gala in Tokyo" charity, held Tuesday and produced by Japanese actress and former prima ballerina Tamiyo Kusakari, can be seen online until Monday night as a ticketed event.

Nineteen Japanese men and women from Japanese and overseas troupes took the stage to dance to "Le Corsaire" and "Notre Dame de Paris," among other ballet excerpts. 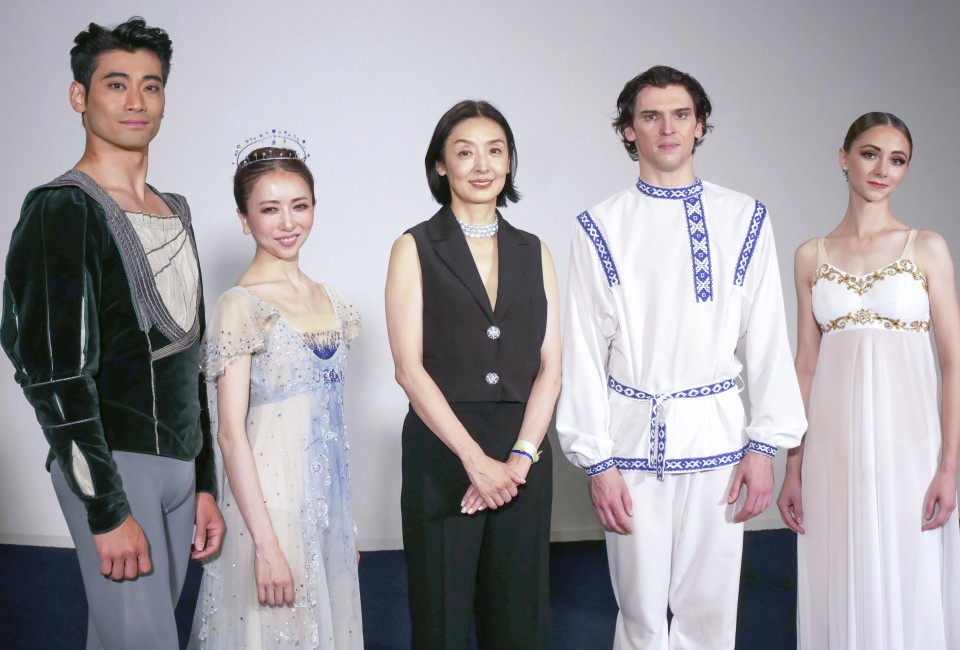 Tamiyo Kusakari (C) poses for a photo with ballet dancers at her "Ballet Gala in Tokyo" event in Tokyo on July 5, 2022. (Kyodo)

As the finale, "The Forest Song," a Ukrainian ballet classic, was staged, and the performance of Kyiv ballet company stars Anna Muromtseva and Mykyta Sukhorukov was rewarded with thunderous applause from the audience of around 1,800.

In total, scenes from 12 traditional and contemporary ballets were performed.

"I believe this event is greatly moving for the dancers and viewers," said Kusakari, who had been a prima ballerina of Asami Maki Ballet Tokyo. "I believe that art blooms from people's hearts."

Muromtseva and Sukhorukov will also be part of a nationwide tour from mid-July until early August titled Kyiv Ballet Gala 2022, sponsored by Koransha Inc.

The Japanese company is also raising funds for artists affiliated with the National Opera and Ballet Theatre of Ukraine.