The man charged with murdering Shinzo Abe sent a letter to a critic of the Unification Church signaling his intention to kill the former prime minister prior to the shooting earlier this month, the recipient said Sunday.

The letter shows the strong resentment that the assailant, Tetsuya Yamagami, 41, felt toward the church, with which he believed Abe had ties. Police appear to be aware of the letter. 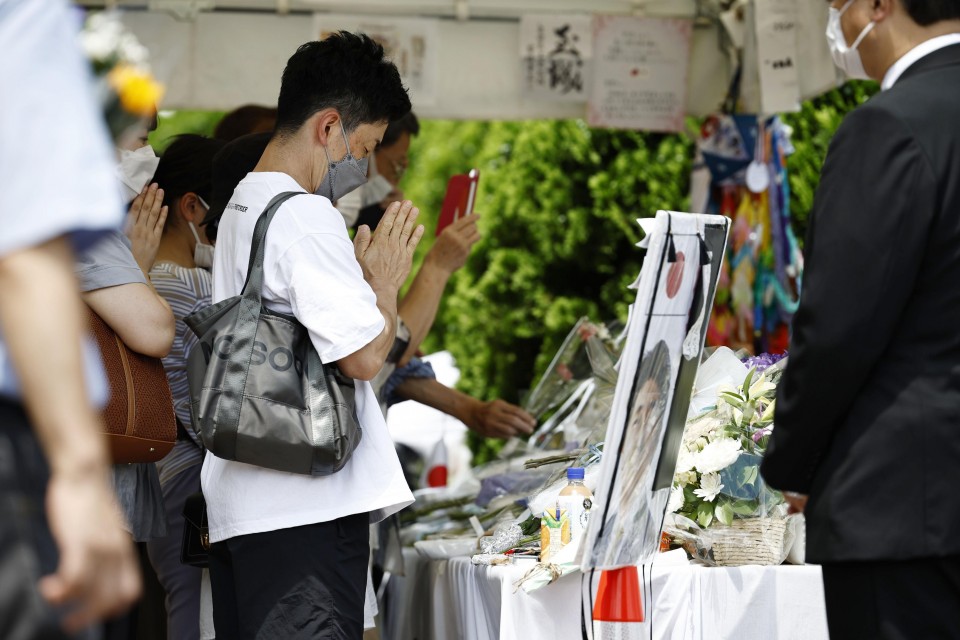 People pray near the scene of former Japanese Prime Minister Shinzo Abe's assassination in the city of Nara on July 17, 2022. (Kyodo)

Yamagami is also believed to have expressed his resentment on Twitter sometime after the fall of 2019, making such tweets as "The only thing I hate is the Unification Church" and "The Unification Church's duty is to take all the money they can from families."

The letter was apparently sent this month from Okayama Prefecture to the recipient's address in Shimane Prefecture, western Japan.

The male recipient, whose identity is withheld, made blog posts criticizing the Family Federation for World Peace and Unification, widely known as the Unification Church.

Yamagami has told investigators that his mother's donations to the church ruined his family's finances. His uncle says they totaled about 100 million yen ($720,000).

In the one A4-page printed letter, Yamagami said he "felt bitter" toward Abe, who he described as "one of the most influential sympathizers of the Unification Church in the real world," but that the former leader was "not his original enemy."

Yamagami also wrote that he had spent time obtaining guns and would no longer care about "the political meaning and ramifications of Abe's death."

According to investigators, Yamagami said he harbored a grudge against the church for more than 20 years and killed Abe as he believed his grandfather had invited the group to Japan from South Korea.

While the postmark date on the letter is not clear, it is known that Yamagami visited a hall in the city of Okayama on the eve of the fatal shooting in an attempt to kill Abe there. He may have mailed the letter the same day.

Abe was shot on July 8 while delivering a stump speech on a street in the western city of Nara.

Yamagami was arrested at the scene, where police found a homemade gun, and he was later sent to prosecutors on suspicion of murder.