Foreign ministers from the Group of 20 major economies Friday ended their two-day meeting on food and energy shortages and price surges stemming from Russia's invasion of Ukraine without any agreement amid barbs between Moscow and Western nations.

Indonesian Foreign Minister Retno Marsudi, who chaired the G-20 meeting on the Indonesian island of Bali, said at a press conference that "some members expressed condemnation on the act of invasions," while refraining from naming specific nations. 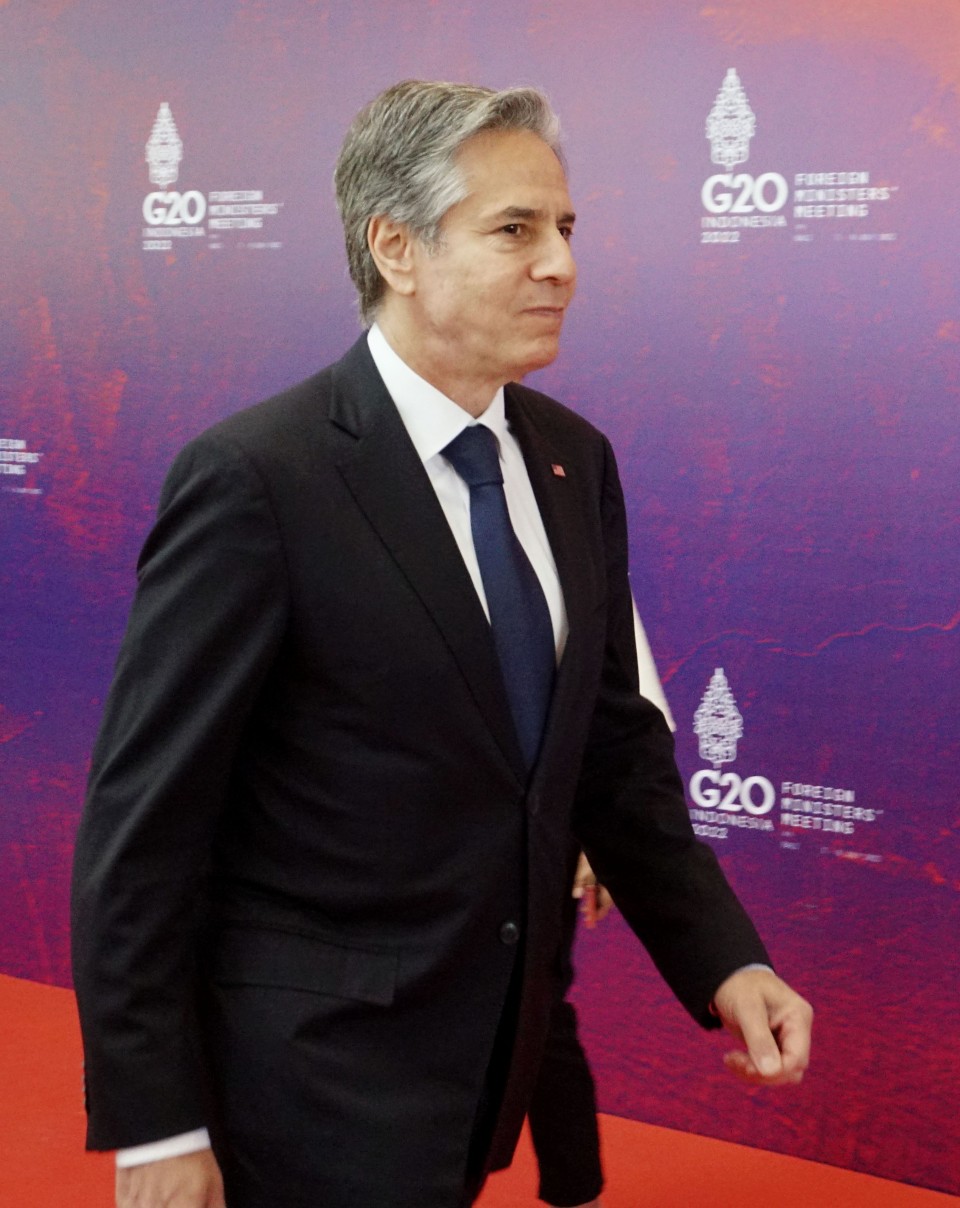 U.S. Secretary of State Antony Blinken attends a Group of 20 meeting on the Indonesian island of Bali on July 8, 2022. (Kyodo)

But Retno referred to the Russian war on Ukraine, saying "There is a strong push from many participants for an immediate end to the war and peaceful resolution of conflict through diplomacy and negotiations."

"The world must now also address the impact of the war in Ukraine," she said about the food and energy crisis.

Although she expressed a hope that the member countries could utilize the meeting to build bridges and strengthen trust, barbs by Moscow and Washington during the talks showed deep rifts between them as Russia continues the invasion and as the United States, European nations and Japan have stepped up their economic sanctions against Russia.

Russian Foreign Minister Sergey Lavrov walked out of the G-20 foreign ministerial meeting earlier Friday, according to a source with European countries, as he told reporters that discussion over Ukraine is moot so long as Western nations hope for its victory. 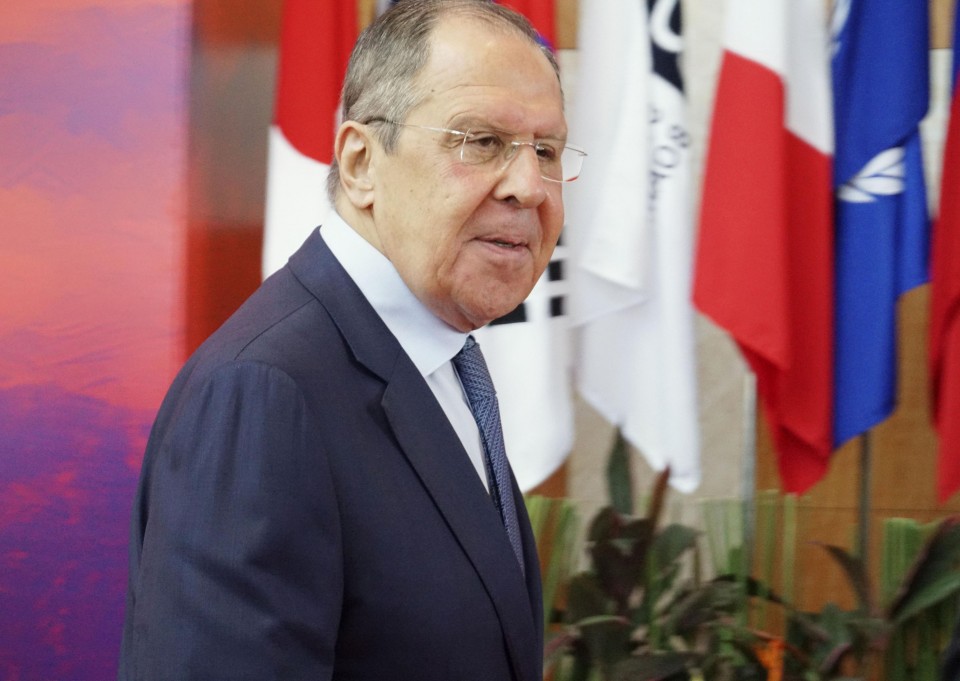 Russian Foreign Minister Sergey Lavrov attends a Group of 20 meeting on the Indonesian island of Bali on July 8, 2022. (Kyodo)

After Lavrov left the room of a session on multilateralism, U.S. Secretary of State Antony Blinken addressed Russia directly, according to an official of a Western nation, saying, "Ukraine is not your country. Its grain is not your grain. Why are you blocking the ports?"

For Lavrov, the G-20 gathering is the first opportunity to attend a multilateral event involving Blinken and other foreign ministers of the Group of Seven countries since the invasion of Ukraine began in late February.

The G-7 has said Russia is responsible for the food shortage, arguing that the country is weaponizing food supplies while trying to blame the crisis on sanctions imposed by the West.

Japanese Foreign Minister Yoshimasa Hayashi said at a session on multilateralism it is important for the international community to unite against Russia's "violent acts" and make Moscow "pay a high price" for its actions, the ministry said.

Hayashi was also quoted as saying "many other nations" besides Japan have "strongly condemned Russia's aggression against Ukraine, while pointing out that its actions have undermined the foundations of the international order and multilateralism," blaming Russia for the food and energy issues.

Ukrainian Foreign Minister Dmytro Kuleba, who joined the talks virtually as an invitee, also criticized Russia after Lavrov walked out.

"We have no right to allow Russia to further blackmail the world through high energy prices, hunger and security threats," he said.

In a move reflecting ill-feeling toward Russia, a customary group photo of the ministers was not taken, according to sources knowledgeable about the matter.

At the meeting of the G-20 finance ministers and central bank governors in April in Washington, the U.S., Canadian and European delegations walked out when Russian officials, including Finance Minister Anton Siluanov who joined virtually, were about to speak. Japan did not join in the gesture.

While the G-7 delegates had said they had no intention of leaving the room while Lavrov speaks on Friday, according to U.S. and Japanese government officials, the G-7 top diplomats boycotted a dinner event on Thursday evening, the first event of the two-day meeting, according to Retno.

The G-20 -- made up of the G-7 plus fast-growing economies -- has been divided over the Ukraine crisis, with China, India and Indonesia among nations that have not joined punitive U.S.-led measures.

Fears over food shortages are growing in some African and Middle Eastern nations dependent on grain exports from Ukraine, a major producer whose agricultural infrastructure has been destroyed by Russian attacks. Moscow has also blockaded its Black Sea ports, preventing crops from being shipped.

Meanwhile, at the outset of the press conference, Retno extended her nation's "deepest sympathy and condolences" regarding former Japanese Prime Minister Shinzo Abe, following the news of his death earlier Friday after he was shot during a stump speech in western Japan.