KDDI Corp. said Monday voice calls and data communications have almost been restored nationwide, nearly three days after maintenance work at the Japanese telecom giant led to disruptions on up to 39 million mobile connections and a range of business activities.

The operator of the "au" mobile phone service is facing calls for compensation from customers, while the government is expected to take administrative measures to improve its businesses and prevent a recurrence. Shares of KDDI dropped nearly 4 percent at one point during the day's trading.

The disruption, which occurred around 1:35 a.m. Saturday, has affected up to 39.15 million mobile connections and disrupted banking systems, the transmission of weather data, parcel deliveries and network-connected cars.

Users of au phones continued to have difficulty making calls Monday due to a temporary limit placed on network traffic, even after internet and data communication services were largely restored earlier in the day. 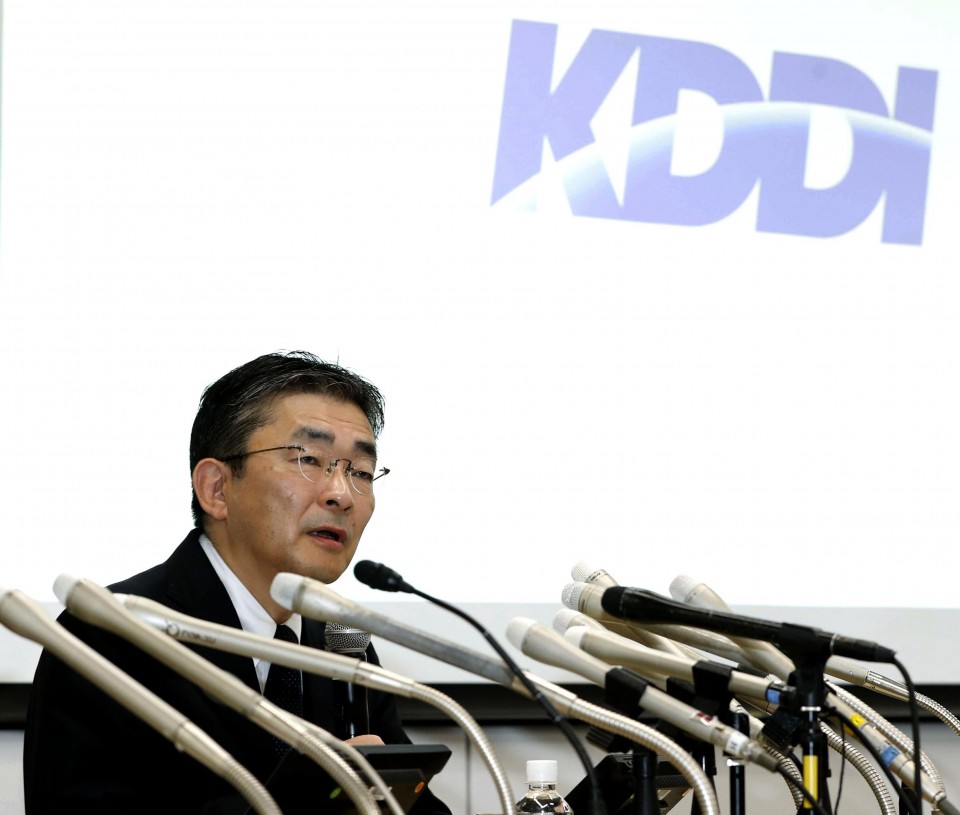 KDDI Corp. President Makoto Takahashi speaks at a press conference in Tokyo on July 3, 2022. The telecommunications firm said up to 39.15 million mobile connections had been affected by a nationwide network disruption that has continued for about 40 hours. (Kyodo) ==Kyodo

KDDI, the country's second-largest mobile carrier by subscribers, said it expects to determine by Tuesday evening whether the service is fully restored.

The government considers the trouble "extremely regrettable" as mobile networks are important infrastructure for the public and its activities, Deputy Chief Cabinet Secretary Seiji Kihara said at a press conference, demanding an "in-depth explanation for users" from KDDI.

KDDI's problems come at a time when the government is pushing for digitalization as one of its top priorities. It also highlights the risk of a large-scale communications breakdown as everything from cars to factory equipment becomes connected to the internet.

Some automated teller machines at Ogaki Kyoritsu Bank in central Japan remained out of service almost throughout the day. Yamato Transport Co. saw its system for confirming deliveries disrupted, while drivers using Toyota Motor Corp.'s connected-car service could not reach a call center or do other tasks.

The Japan Meteorological Agency's weather data transmission remained partially inoperative as of 4:30 p.m. even as a typhoon approached the country. The agency denied the trouble has caused any significant impact on its weather forecast work.

The problem also affected the carrier's low-cost UQ Mobile brand and its lower-priced "povo" mobile customers, as well as smaller rivals leasing connections from the company, such as Rakuten Mobile Inc. 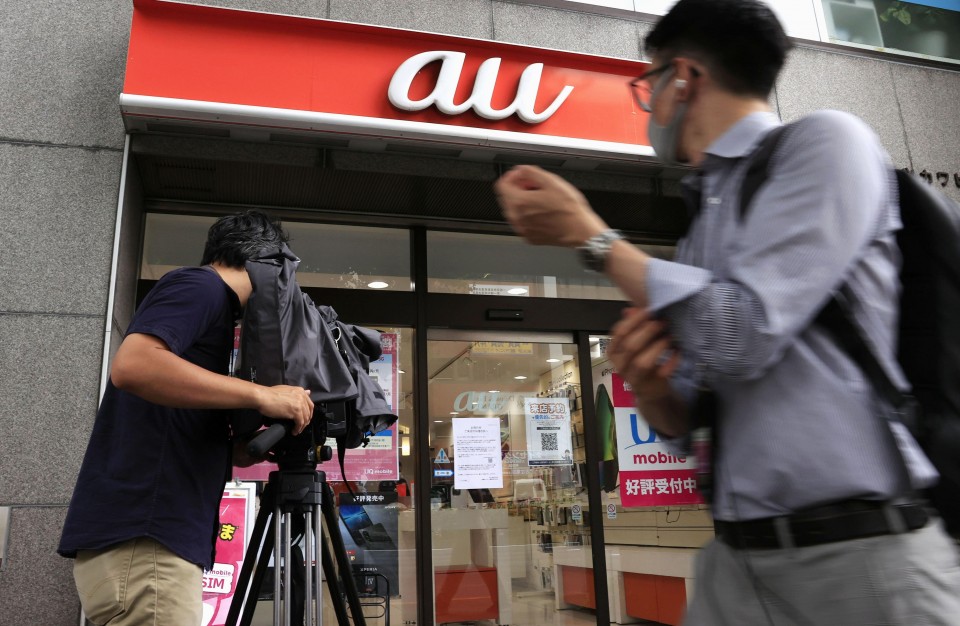 Users complained of the prolonged disruptions, demanding compensation for inconveniences they suffered.

"It was finally restored around the evening, but I am dissatisfied that (KDDI) is not considering compensation such as making (smartphone) usage free," said Takahiro Shibata, who runs a home improvement business in western Japan's Hyogo Prefecture. "I was really troubled because I couldn't contact my employees."

The network failure occurred while the router for voice calls was replaced during regular maintenance, with repair work triggering a concentration of traffic that led the company to reduce user access.

During that time, the carrier experienced a cascade of technical problems that further prolonged the connection difficulties.

Internal Affairs and Communications Minister Yasushi Kaneko said Sunday he believes the disruption should be classified as a "serious incident" requiring a carrier to report details of the problem and relevant preventive measures.

KDDI President Makoto Takahashi apologized for the disruption at a press conference Sunday, admitting it was the largest outage in its corporate history. The carrier is considering compensating individual and corporate users, he added.

KDDI shares fell during Monday trading on the Tokyo Stock Exchange, ending the day down 1.7 percent at 4,241 yen after dropping as much as nearly 4 percent.